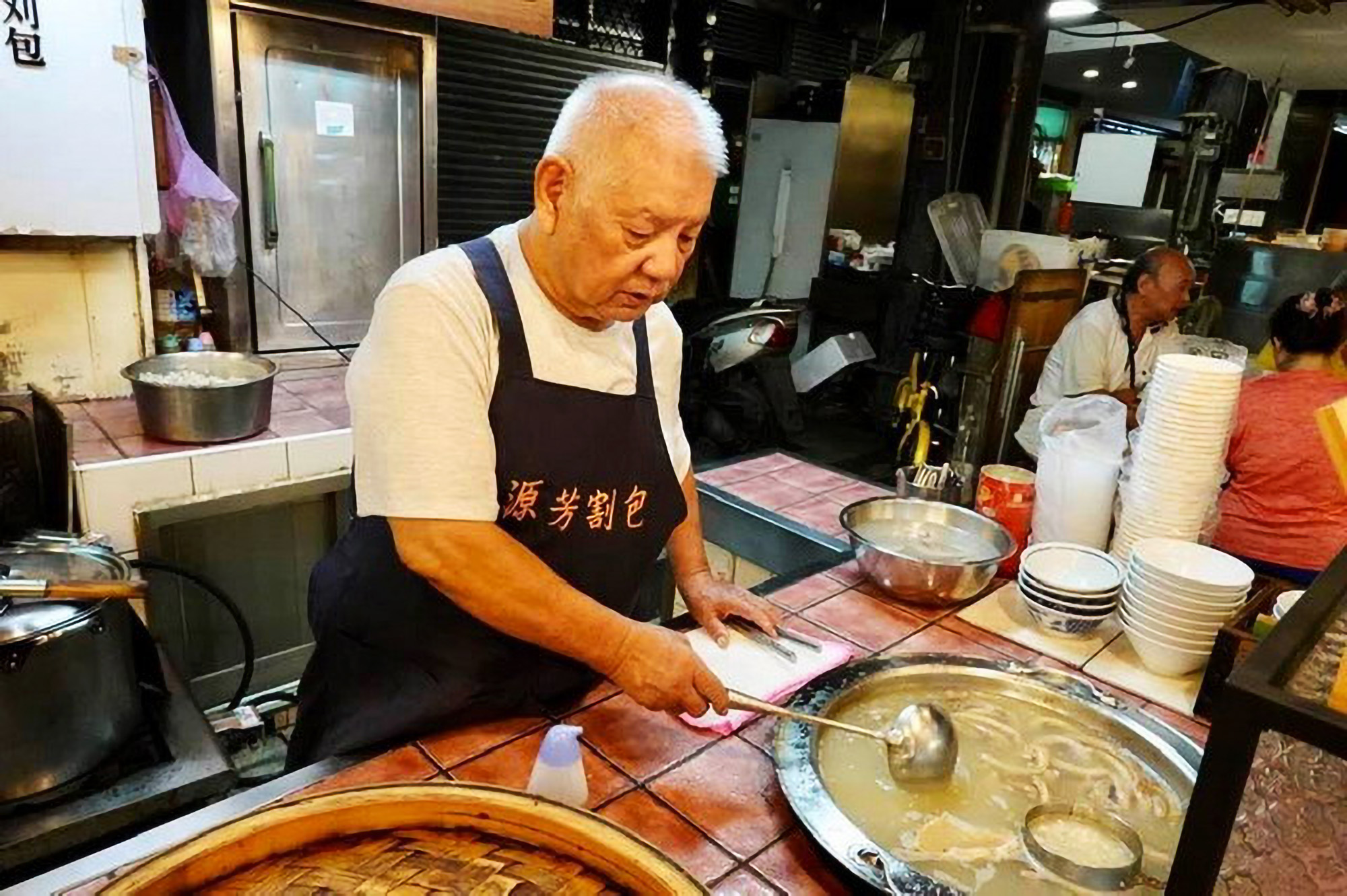 Wu Huang-yi has been making food for Taipei’s tourists and locals For more than a half-century. Michelin recognized him with a mention on one of its world-famous lists of restaurant recommendations.

TAIPEI, Taiwan — An 80-year-old Taiwanese street vendor who serves food f10 hours a day has earned a gourmet award that chefs chase for their entire lifetimes.

The Michelin Bib Gourmand list honors eateries that serve top-tier meals for less than 1,000 Taiwan dollars—about $34. Wu Huang-yi has been selling pork belly steamed buns at the Huaxi Street Night Market in Taipei for more than two decades, and somehow the Michelin brass lined up to try them.

Wu said everything about the food he serves at his stall is made from scratch. He typically works from noon to 10:00 p.m. and starts his days by choosing the best pork bellies at a marketplace before stewing them for hours in a special marinade. The Michelin description of Wu’s stall raves about its guabao buns’ icing—made from sauerkraut, coriander and peanuts.

“With one bite, the salty, sweet and soft taste is satisfying,” the guide’s judges wrote.

The buns sell for 50 TWD ($1.70) apiece at a family-affair stall, with Wu’s wife and three children and grandsons helping out. He opened his first food business in 1967. A half-century later, he speaks like a highbrow veteran.

“I don’t follow any particular recipe,” he told Zenger News. “Guabao have been a traditional dish for over a hundred years. I’ve been making them from memory since the very beginning.”

The secret route to something worthy of a Michelin nod? “Making the buns very soft but still al dente,” he said. Another key is Wu’s pickled cabbage, “not as sour or strong as the ones sold at other street market stands.” He also serves braised pork on rice, and soup.

Though entering the ninth decade of his life, Wu has no plan to slow down. “I’m not yet considering retirement, but I’m definitely looking forward to having a second- or even a third-generation restaurant where all the good food can be passed on.”

He’s also thrilled with his new stature as an international food star.

“I’m very, very proud to earn the Michelin award,” Wu told Zenger. “It feels like all of our hard work has finally been seen and appreciated. Now everyone knows how good our buns taste!”

Friends send him press reports and reviewers’ praise in an online chat group. And “other family members keep sending us links to news stories too,” he said.

Taiwan has hung on to the thriving street-food culture that immigrants from Fujian province in China brought with them in the early 18th century.

The Michelin Guide can trace its origins to 1889, when two brothers behind the famous brand of tires decided to publish a small red book with information that would encourage more motorists to hit the road and explore. Their guide began awarding its coveted stars for fine-dining establishments in 1926.

Wu seems unfazed by the sudden buzz surrounding his buns, and the positive exposure has boosted sales. “We’re seeing noticeably more customers and a lot more discussions about the shop.” he said. “I would estimate a roughly 20 to 30 percent increase in foot traffic.”