France has a mandatory mask policy that carries a 135 euro ($159) fine for noncompliance. 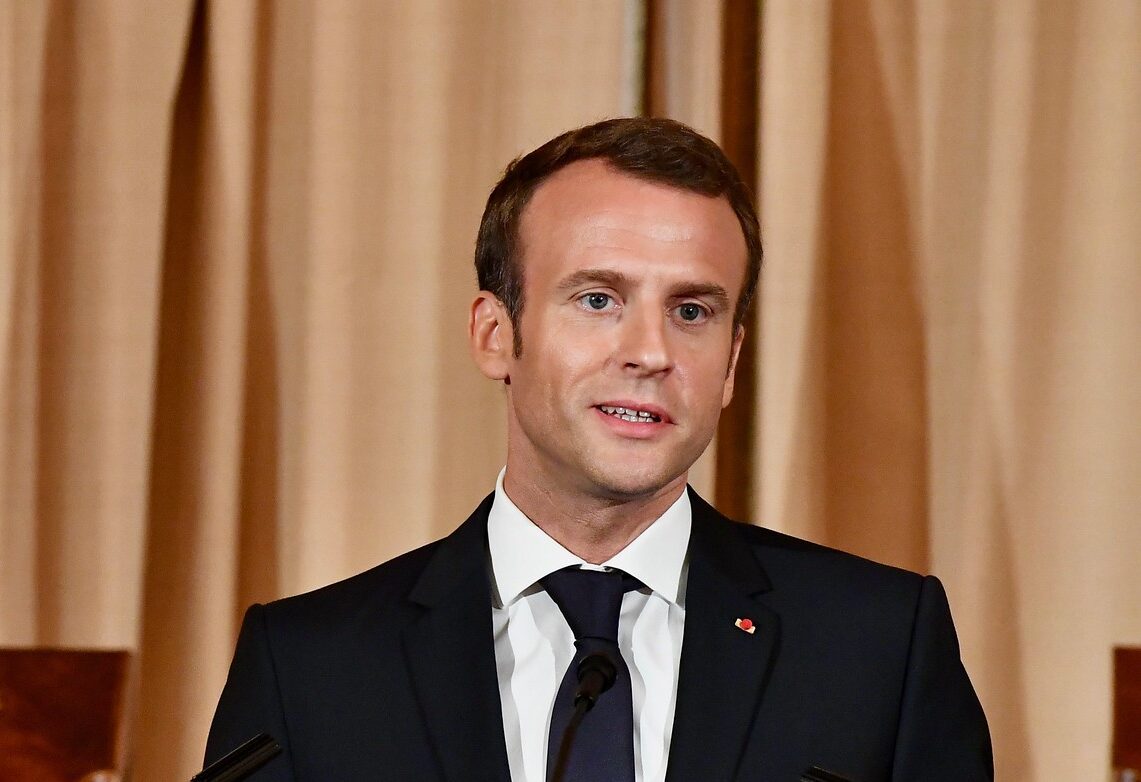 French President Emmanuel Macron is pictured at the U.S. Department of State in Washington, D.C. on April 24, 2018. (State Department photo)

Photographers caught Macron removing his face mask to cough, prompting speculation on social media about his health and whether he should be fined. France has a mandatory mask policy that carries a 135 euro ($159) fine for noncompliance.

In Clermont-Ferrand in the Auvergne-Rhone-Alpes region in France on Sept. 8 to discuss equal opportunities, President Macron began coughing, according to a regional newspaper.

After clearing his throat, he continued his speech for a few moments, then took off his mask to cough, beckoning to an aide for some water and asking for a lighter mask.

French President Emmanuel Macron has been accused of not following coronavirus safety guidelines while giving a speech at a high school, eventually taking his mask off. pic.twitter.com/UMoEynVAX8

During the speech, he also said: “I’m going to put on a lighter mask because I had absorbed something from the mask.”

Wearing a mask in enclosed public spaces has been mandatory in France since July 17.

Reacting to the report, a Facebook user named Amine Kahoul wrote: “Huge thought to workers, students and all those who have to wear the mask all day without even being able to remove it, risking a fine of 135 EUR even if it’s to eat a piece of bread or chocolate.”

Seeing Macron coughing into his hand instead of his elbow, Haylin Daisy Trevis posted: “And Mr. President, you didn’t cough inside your elbow.”

And ‘damien_mv’ wrote: “The dude takes off his mask to cough. The English have Mister Bean. The French have Emmanuel Macron.”

Naphtaline LeBon posted: “Macron chokes on his mask. Forced to take it off for a drink. 135 euros?

Macron specified that new measures to fight the virus will be studied at a health defense council on Sept. 11.