Singer Susan Boyle’s managers once tweeted about throwing a #susanalbumparty—which, of course was an album party and nothing more. 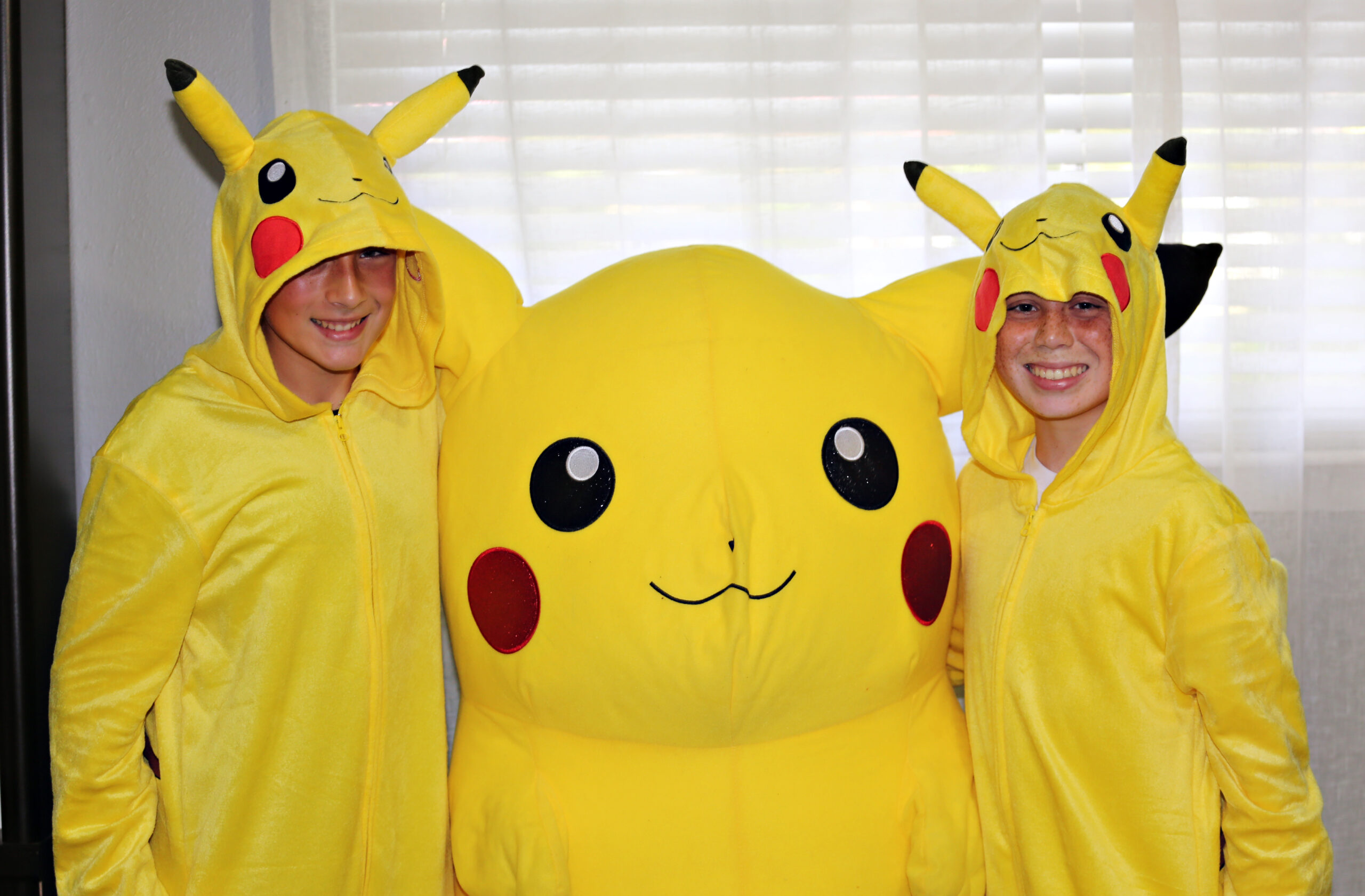 Two children pose with Pikachu in a photo taken in an unknown location on July 16, 2016. (Jill Carlson via Flickr)

Has Dr. Ruth Westheimer become the chief marketing officer at the Pokémon Company? A recent marketing message on Twitter might make consumers wonder.

The company rebranded a mobile game called “Pokémon Masters” on its first anniversary by adding “EX” to the end. The Sept. 1 promotion on Twitter included the hashtag #PokemonMastersEX. It took off, hitting the trending list as more people mentioned it. But they weren’t all promoting the product.

Vote to decide which eligible sync pair will get 6★ EX unlocked!

“I log onto Twitter, I see what’s trending, and I see Pokemon Master Sex,” said game developer and co-founder of gaming company Giant Spacekat Brianna Wu. “And then I see the official icon next to it, meaning that they paid for it. I’m like, ‘What the hell is going on?’ Maybe I’m not going to church enough.”

“Ordinarily I’d take a cynical approach and say this is a company and they understand what they’re doing,” Wu said. “But in this particular case, it’s Nintendo and I don’t think they would make a deliberate double entendre to get a Twitter hashtag going.”

The company’s outside spokespersons firm did not respond to questions from Zenger News.

Whether by mistake or intentionally, Pokémon marketers stepped into a trap that has tripped other big companies. What one group writes, others may read in an entirely different and often bawdy way.

2012 saw some famous examples, including the #McDStories hashtag promotion from McDonald’s turning into #McDHorrorStories.

“I can kind of understand in 2012,” said media critic Josh Sternberg. “Social media was relatively new. But we are in 2020. To have such a bad hashtag now is mind-boggling.”

Later in 2012, public relations people for Susan Boyle, the Scottish singer who became a hit on “Britain’s Got Talent,” promoted a “Susan album party” with the hashtag #Susanalbumparty. Inserting a break after “Sus” made people view the effort in the unkindest light possible.

Delighted to see the resurrection of the greatest hashtag ever created #susanalbumparty pic.twitter.com/r5zlXRk14f

“That was pretty bad,” said Alexa Heinrich, social media manager for St. Petersburg College in Florida and an advocate for using initial capital letters for words within hashtags. The practice, called camel case, is used to help screen readers who vocalize a screen’s contents to aid visually impaired people.

Heinrich thinks using camel case can help avoid some of the problems, but clearly not all. Pokémon used the technique in its hashtag.

Around the same time Boyle’s team was discovering how many teenage boys live on Twitter, Research in Motion, which would change its name in 2013 to match the popular BlackBerry phone it made, was looking to hire.

It used the hashtag #RIMjobs, Heinrich said. The phrase is slang for a sex act.

These backfires never stop. The New York City Police Department in 2014 wanted to polish its image, and used the hashtag #myNYPD. Twitter saw a flood of images of police attacking civilians.

“There’s usually a failing hashtag tale every year,” Heinrich said. “They all kind of blend together.”

Jeff Higgins, social media manager for a multinational retail leasing company, recently did consulting work for the Anna Maria Island Chamber of Commerce in Florida. Companies on the island tried adding #AMI to their social media posts without considering who or what else might use it. Use it on Instagram and the result is Korean pop music, anime and glamour shots of women, he says.

“I’ve done these get-togethers for the chambers of commerce and I’ve specifically said, ‘You have to stop using #AMI. It’s not the island.’”

In some cases, a problematic hashtag is a clear error. In others, it could be intentional to draw attention from consumers and media. The more stories written, the more free press the company gets.

“The key is to realize that every brand has its own writing voice, the way it communicates online,” said Steven Cohen, an associate professor of marketing at the Johns Hopkins Carey Business School in Baltimore, Maryland. “The key is to leverage that voice to communicate with consumers.”

Cohen thinks the Pokémon example seemed rushed, “like they were moving very quickly, they were trying to get this out there, and perhaps they could have spent more time doing a focus group, doing more studies.”

It’s fine if people laugh with you, said Cohen. It’s not so good if they laugh at you.

Maybe for Pokémon it’s a matter of bad timing.

“Then again, 2020 is such a weird year, it kind of makes sense,” Sternberg said.