Most domestic violence programs assist only women, so men who want help often have trouble finding it. 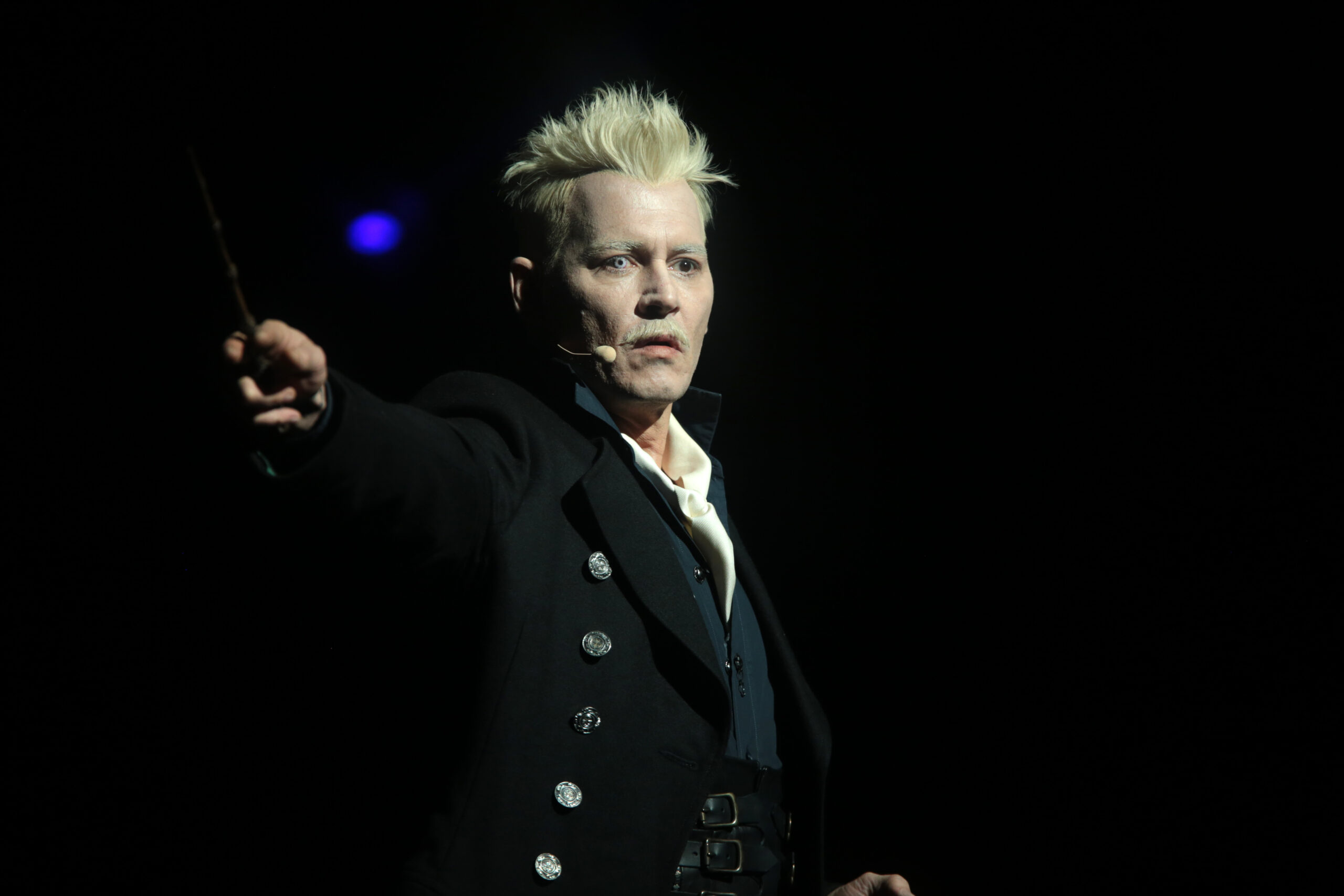 Johnny Depp speaking at the 2018 San Diego Comic Con International, for "Fantastic Beasts: The Crimes of Grindelwald", at the San Diego Convention Center in San Diego, California on July 21, 2018. (Gage Skidmore via Flickr)

Johnny Depp’s face has appeared on a lot of movie posters during the course of his career but he likely never expected to become the poster boy for an underreported social problem — men experiencing abuse by their female partners.

A libel case the Hollywood star filed against UK tabloid The Sun for calling him a “wife beater” ended in August, with a verdict expected in the coming months. Depp has also sued his former spouse, actress and model Amber Heard, for defamation over an op-ed she wrote for the Washington Post in which she talks about her experience as a domestic violence victim. The couple married in Los Angeles in 2015 followed by a bitter divorce a year and a half later, with each side accusing the other of violence.

Despite popular misconceptions, men can be victims of domestic violence as well as women. Estimates vary, from 1 in 10 to 1 in 7 men, but the rates may be even higher due to the stigma of reporting abuse. According to the National Coalition of Domestic Violence, approximately 1 in 4 men are victims of abuse.

“It’s very difficult to give you percentages because men seek services at far lower rates than women, so any data you get is going to be a bit off,” said Cortney Fisher, deputy director of the Jewish Coalition Against Domestic Abuse.

“Males can absolutely be victims of intimate partner violence, from a relationship with a woman or a man,” Fisher said. Men also experience the same types of abuse as women, as well as some unique to their gender.

A pair of 2020 research studies published by the National Resource Center on Domestic Violence interviewed 913 anonymous heterosexual men. In the first study were those who’d been physically assaulted by a female partner in the past year and in the second, those who had ever experienced a partner assault. Researchers found that:

“She thought it was funny to punch me in the kidneys,” said one participant. “She thought that because I was so much bigger than her that she couldn’t hurt me, despite me repeatedly telling her otherwise.”

“I have scars from my head down,” said another. “I have 30 burn marks, had a gun pointed at my head, was pushed down a flight of stairs, was beaten up.”

Depression, strokes, heart disease, alcohol and drug abuse and even asthma are among the health effects domestic violence has on men, according to a study by the Centers for Disease Control. Severe injuries can also lead to permanent disabilities such as the loss of limbs, paralysis, arthritis and post-traumatic stress disorder.

“The last eight months we were together, I was having severe heart attack symptoms,” a participant said. “Some mornings I would wake up and half my body would be numb. I often went to sleep hoping I wouldn’t wake up, but I couldn’t leave her because I was afraid for my children. During our relationship, I fell into a state of deep depression and experienced suicidal ideation.”

In both studies, more than half to three-quarters of respondents had been either threatened with or had been the victim of false accusations of abuse to authorities by the female partner, as well as:

Other threats included in the second study included taking the children away and ruining the man’s reputation at work or in the community.

The majority of male victims do not seek help despite due to stigma, shame or the expectations of traditional masculinity.

“We find that men are more hesitant to seek services mostly due to the cultural barriers related to masculinity and traditional gender norms,” said Fisher. “Men aren’t ‘supposed’ to be victims; they are ‘supposed’ to be able to handle themselves.”

Yet even when male victims speak out, there are few organizations to help them. “Many programs that serve intimate partner violence victims are designed to meet the needs of women, since they are the overwhelming majority of clients,” said Fisher. “For example, traditional sheltering systems cannot accommodate men. Therefore, if a man wants to get services and is prepared to make that leap, many providers aren’t built to accommodate their needs.”

Misandry also factors in inhibiting services to male survivors. One anonymous male participant recalled his experience of calling a hotline: “[They] told me that women don’t commit domestic violence. It must have been my fault.”

During the course of reporting this article, one organization sent Zenger News to a group that serves male abusers rather than victims.

“Society doesn’t know or appreciate that intimate partner violence isn’t about the physical violence; it’s about the patterns that maintain one party’s power and control over the other party in the relationship,” said Fisher. “A person of any gender can use emotional abuse, technology, manipulation, coercion, and intimidation to control another. Until society as a whole recognizes that, the experience of men will be marginalized.”

If Depp’s claims are proven true, it could pave the way to raise awareness and promote the establishment of more programs for abused men.

Male victims of abuse can obtain help by calling the AWARE helpline at 1-877-88-JCADA or visit www.familyofmen.com.