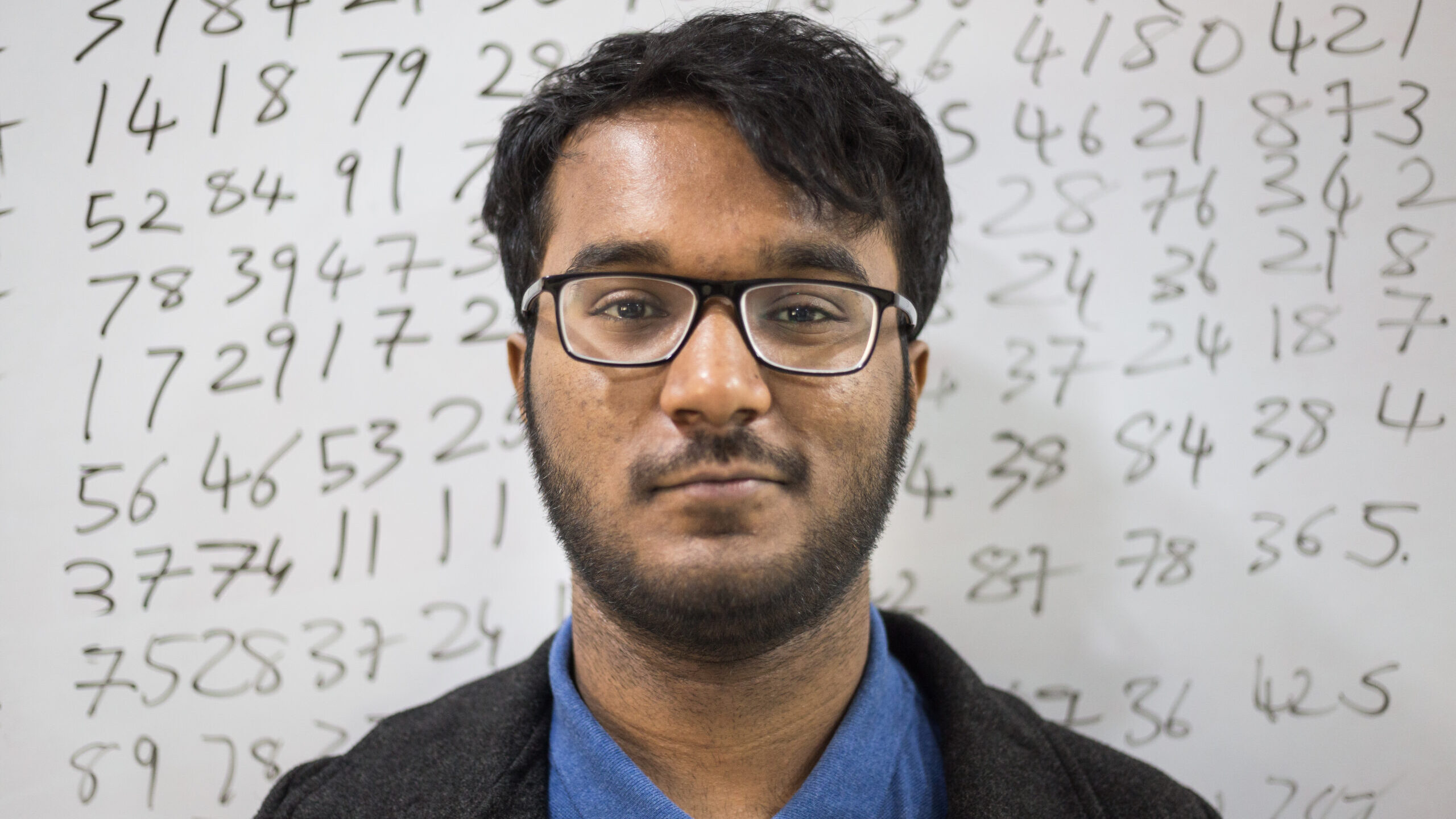 The president of India, Ram Nath Kovind, even took to Twitter to congratulate the “Fastest Human Calculator.”

According to The Limca Book of Records, the India equivalent of Guinness Book of World Records, Neelakantha Bhanu Prakash can process numbers in his mind at an average speed of 12 per second, or 10 times as fast as the average mind.

Bhanu Prakash raced to the top at the finals of this year’s Mental Calculation World Championship with a margin of 65 points over his nearest competitor. The championship, which featured 29 other participants from 13 countries, tests for speed and accuracy in a wide range of math calculations from cube roots to the multiplication of large numbers.

“Neelakantha Bhanu is an incredible competitor, and his score in the event was much greater than all the other participants,” said Etan Ilfeld, A UK-based entrepreneur and owner of Mind Sports Olympiad. “This was one of the hardest years. Since this was the first time that we conducted the Mental Calculations World Championship online, there was large international participation.”

For Bhanu Prakash, winning gold at the 2020 world championship is as significant as earning an Olympic medal in a physical sport.

“People do cardio and endurance exercises to push their bodies to do things beyond what it would ordinarily be capable of. Similarly, the mind can also be trained with computational and cognitive exercises to perform beyond what you think it can,” said Bhanu Prakash.

And he should know: He’s been honing his mental skills since he was 5 years old and a near-fatal accident left him with a severe head injury.

“I was on a motorbike with a cousin when a truck hit us,” said Bhanu. “My skull was split open and I needed 70 stitches to fix it. I was bed-ridden for a year and my doctors advised my parents to keep my mind engaged with puzzles so that I did not suffer any cognitive impairment.”

Puzzles also proved to be a good way to distract a physically active child from his sudden confinement. With nothing else to do, Bhanu Prakash spent hours challenging himself to solve simple mental math calculations faster and faster.

After he was back on his feet, his parents enrolled him in an abacus class. He took part in his first competition, a regional mathematics championship in Telengana in southern India, in 2007.

He competed in national and international championships, training for more than five hours a day while keeping up with schoolwork.

“It was difficult, but it would have been equally hard for a student who was training for an Olympic sport,” said Bhanu Prakash. “People often don’t get what I do and tell me things like, what’s the point of calculating so fast when you have calculators to do that? I mean, what’s the point of running or swimming or any other sport when you come to think of it? No one asks a long-distance runner why he doesn’t just buy a car.”

Life became stressful for Neelakantha in grades 11 and 12 when he was simultaneously preparing for the school-leaving exams, entrance tests for an engineering course, and the SAT, while also breaking world records in mental math.

In 2017, he enrolled at St. Stephen’s College, an institution at the University of Delhi, to major in mathematics. He decided to take a break from competitions to focus on his college courses.

“Pure math is all about abstract concepts and it requires a different kind of focus,” said Jaspreet Kaur, assistant professor in the Mathematics Department at St. Stephens College. “While Bhanu’s ability to calculate at the speed he does is nothing short of genius, that’s not a quality that we require in a pure math course. However, to his credit, Bhanu managed to cope quite well and his project on number theory was very good.”

While he was off the mental math competition circuit, he started thinking about how to make math more accessible to children. His startup, Exploring Infinities, aims to helping kids love math and help them speed up their arithmetic calculations.

“Three out of every four students who study in the government schools of India have trouble understanding basic mathematics,” said Bhanu Prakash. “And the phobia caused by math and the demotivating aspect is a leading cause for kids opting out of rural schools in India.”

Exploring Infinities has completed a project in government schools, conducting more than 200 sessions with 400 children to instill techniques for math, visualization, observation, and listening skills.

“We will be doing this on a bigger scale where we will help students of grades 4 and 5 become competent and comfortable with numbers, thus eradicating math phobia,” said Bhanu Prakash.

The math whiz, meanwhile, is looking to raise capital for his venture to scale up operations on a global scale. That, he hopes, will involve some large numbers.