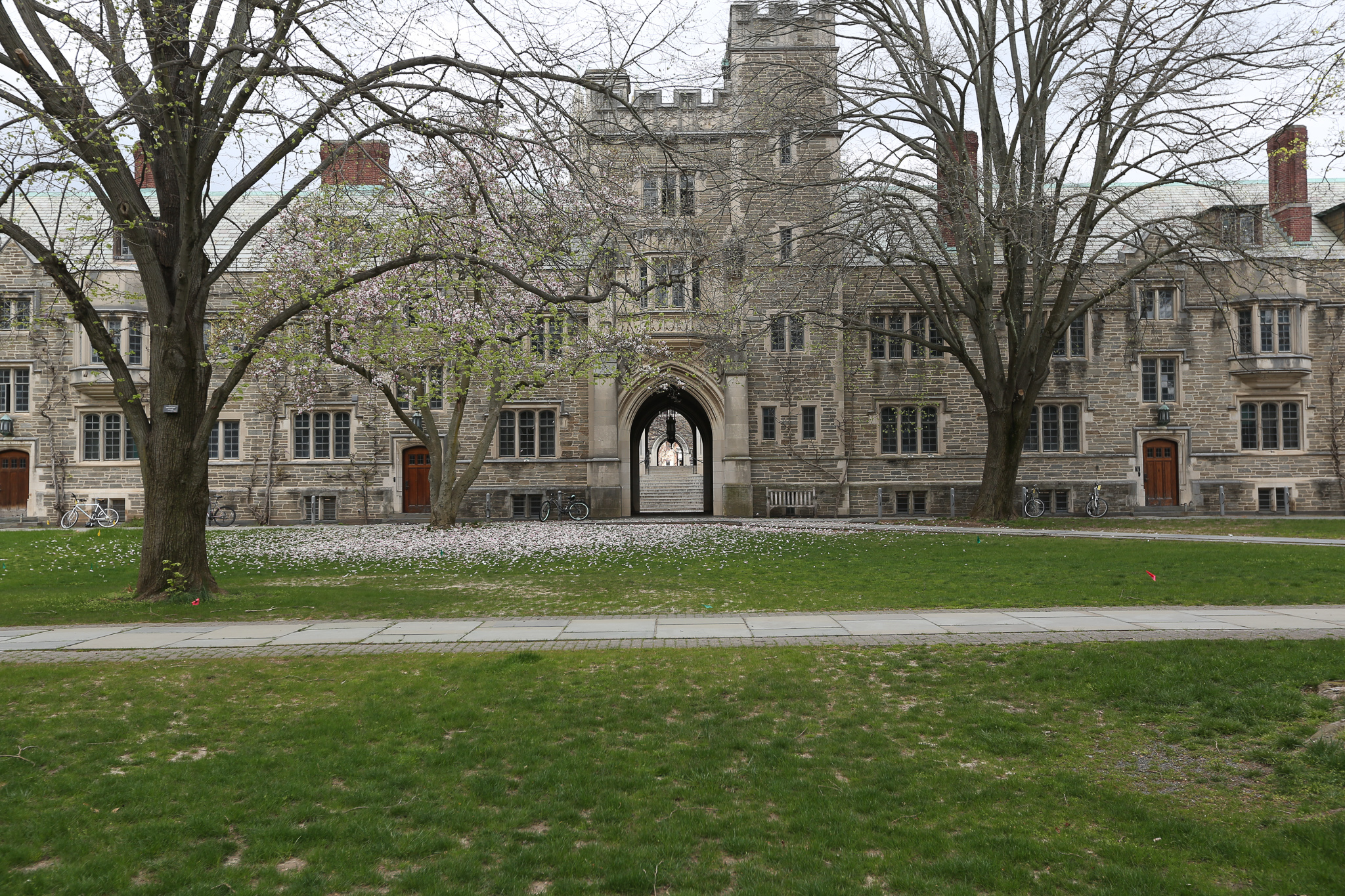 The average cost of attending a four-year college or university in the United States rose by 497% between the 1985-86 and 2017-18 academic years, more than twice the rate of inflation.

The cost of attending a traditional four-year university has been rising more than twice as fast as inflation, and two-year community colleges a third faster.

Few students will be on campus this fall, as online Zoom rooms are already replacing classrooms. The tuition bills, though, haven’t stopped coming.

Bachelor’s degrees cost an average of $5,504 per year to pursue in 1985, according to the National Center for Education Statistics, a subagency of the U.S. Department of Education. In 2017 it was $27,357.

The federal government’s inflation calculator shows that what cost the average person $1 in January 1985 increased to $2.35 in January 2018.

Real median household income, the annual amount a household in the middle of the pack brings in—with inflation priced in—went from $52,709 in 1985 to $63,179 in 2018, as reported by the Federal Reserve Bank of St. Louis.

That’s a boost of $10,470, but less than a 20% increase. Even that extra little bit evaporates as it hits the hot surface of fiscal reality.

Many have gritted their teeth and kept signing up, often incurring six-figure debts because of changes in the nation’s job market.

“Seventy percent of the ‘good jobs’ in the 1970s went to people with a high school degree,” said Anthony Carnevale, director of the Georgetown University Center on Education and the Workforce and a professor at the school. Georgetown worked with economists to define ‘good jobs’ as those starting at $35,000 per year and eventually paying between $45,000 and $55,000, in current dollars.

Now 70% of good jobs, those paths to the middle class, require a degree. “Since 1983, college has become necessary,” Carnevale said.

The median weekly earning for someone with a high school diploma was $746 last year, according to federal Bureau of Labor Statistics numbers. With a bachelor’s degree, that jumped to $1,248.

Median earnings with a doctorate were $1,883. For someone in the U.S. who never finished high school, it was $592. 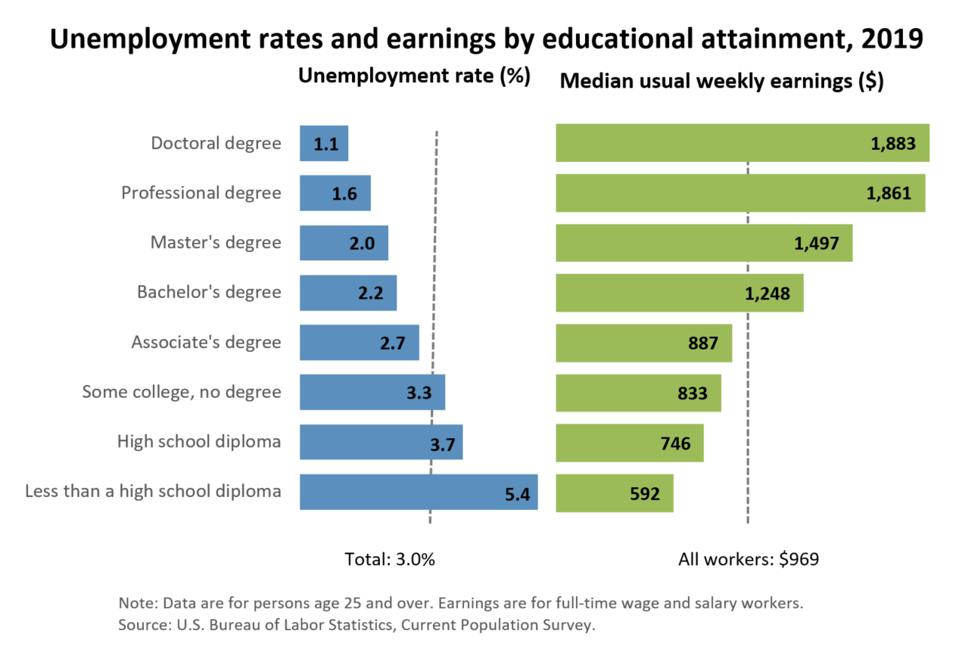 Inflation is a measure of how quickly the prices of typical purchases rise, and it depends on what’s in the basket of goods and services. What an average family buys is far different from a university’s expenditures.

A college’s largest cost is its payroll, which increases with those at comparable schools.

“It’s keeping up with the Joneses,” said Marty Kotis, a commercial real estate developer who has served since 2013 on the Board of Governors for the University of North Carolina System. He said the average annual university budget is about $10 billion.

Schools compare salaries they offer to the upper rates at rival institutions and match them, especially for top officials like presidents and chancellors, Kotis said. That keeps pushing compensation up everywhere, similar to what happens at publicly held corporations.

“You’ve got this arms race over salaries,” Kotis said.

Other factors can weigh on a college’s bottom line, driving up costs. A 2015 Vanderbilt University study showed that the cost of complying with state and federal regulations makes up, on average, 6.4% of an institution’s total operating expenses. Collecting data and writing reports requires additional people.

Still, many schools improve accommodations and “lifestyle amenities” on a never-ending timetable to attract students in a parallel arms race, said Craig Meister, a private educational consultant for families trying to get their kids into college. “Colleges have been able to charge $30,000, $50,000, or more because of what students can get from engaging in life on campus,” Meister said.

A lack of government support means rate hikes can hit parents between the eyes. “Government grants have not kept pace with college costs, so the burden of costs has shifted,” said Mark Kantrowitz, publisher and vice president of research at Savingforcollege.com.

In 1975, the maximum Pell Grant, the federal aid grant program for low-income students, covered about two-thirds of average college costs, according to the Pell Institute for the Study of Opportunity in Higher Education. In the 2018-19 educational year, that was down to one-quarter of the costs.

So, colleges continually raise their prices as students and families keep sacrificing, taking out ever larger loan burdens, so graduates have a better chance of making it on their own. Many people don’t have alternatives.

“We’re students who are here to learn,” Niehaus said, “and we end up paying for things we don’t get extra value from.”

The reason many students attend college is because not because they’re interested in learning, but because they need that “piece of paper” to get a job, said University of Cincinnati senior Joe Niehaus, an economics major.

“We have a great economics class here with passionate teachers, but I know a lot of kids in other majors who slack off,” Niehaus said. “They just care that they can say they got a degree.”

And many parents and students question the value of what they’re paying for—especially while campuses lie dormant.

“Personally, if I was a parent, I would try to go for the cheapest dorm,” said Niehaus, who now lives in a fraternity house. “Kids shouldn’t have the nicest thing if they’re freshmen on campus. But every university uses that to bump up rates.”