Amazon is opening more delivery stations in places where the postal service once had a package-delivery monopoly.
By Caitlin Yilek September 5, 2020
Facebook
Twitter
Linkedin
Email 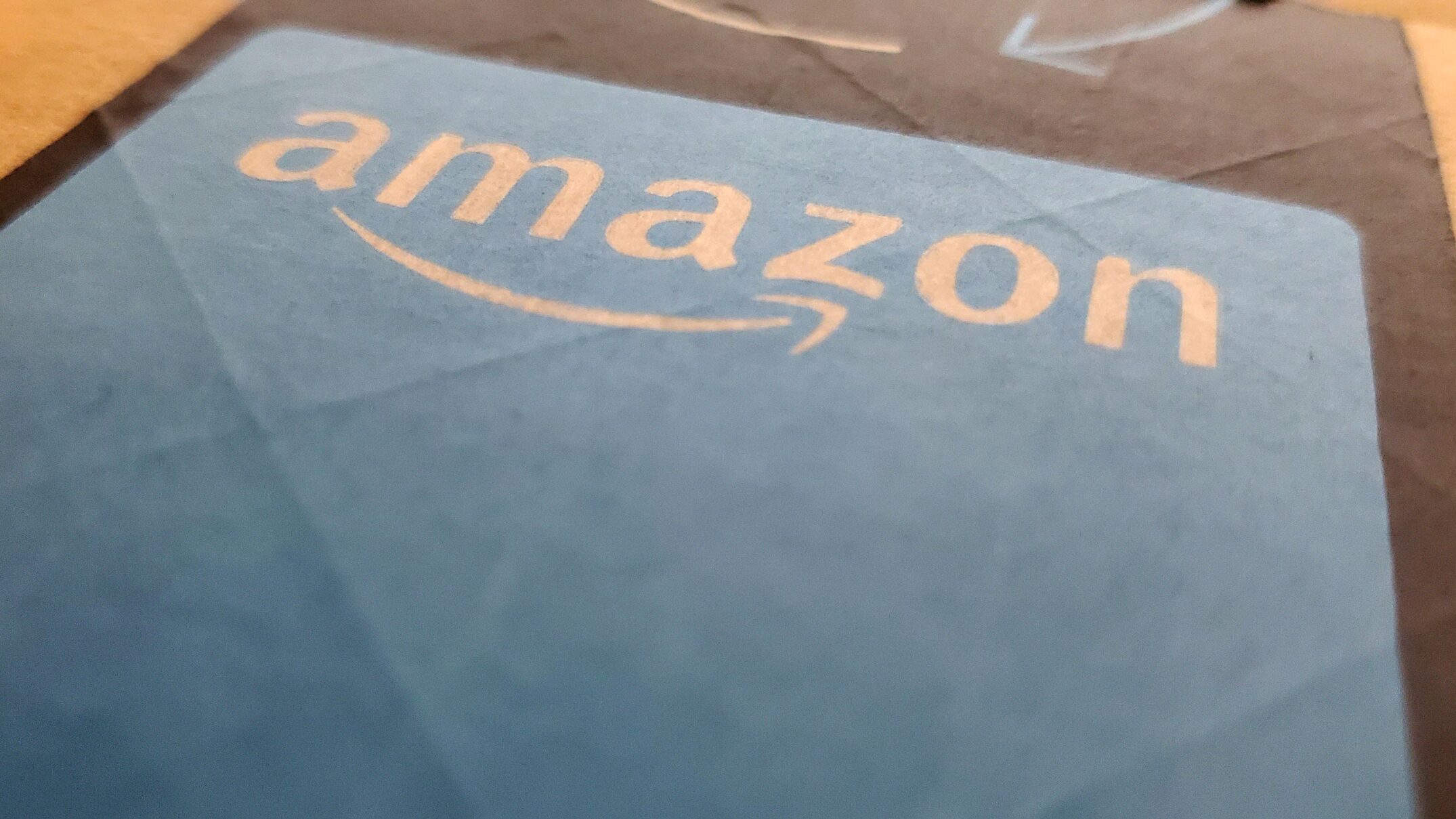 Packaging tape used to seal a delivery box from Amazon is pictured on September 6, 2020. (David Martosko/Zenger)

The U.S. Postal Service is facing a new threat in Amazon’s rapid expansion, but financial baggage heaped on it by Congress makes it even harder to compete.

The postal service is subject to a 2006 law that requires it to prepay workers’ retirement health care benefits 75 years into the future. It’s owned by the federal government, which simultaneously insists that it must be financially independent.

The postal service is one of few commercial icons to see an income bump as Covid-19 spread, in part because Americans are shipping more packages than usual. But on paper, it’s still struggling.

Amazon is the world’s 22nd-richest company, according to a Forbes magazine ranking, with $221.2 billion in assets and a market valuation of more than $1.2 trillion. It has been steadily building shipping and distribution centers across North America, mostly in places where they will operate in parallel with postal service drivers and carriers.

The number of Amazon delivery stations in the U.S. has increased to 279 since March, according to data provided to Zenger News by MWPVL International, a global supply chain and logistics consulting firm. Its analysts expect Amazon to have at least 419 operational delivery stations by the end of the year and 440 by the end of 2021.

Amazon is likely to have nearly doubled the square footage of its delivery stations in the U.S. by the end of 2021, according to MWPVL data. They already occupy more than 34.4 million square feet.

Fulfillment centers account for more than 136 million square feet of Amazon property in the U.S. but delivery stations are growing at a faster pace.

Delivery stations are smaller than Amazon’s giant fulfillment centers and use contract drivers for package deliveries, representing the final stage of the company’s transactions. A typical delivery station handles 40,000 packages a day, Wulfraat said. Together, the network of delivery stations handle 67% of packages shipped in the U.S., according to Wulfraat, who expects that to increase to 85% by the end of 2022.

Moving all those boxes and padded envelopes disrupts what was once a thriving monopoly.

“The most immediate impact is a reduction in volume being given to them,” Wulfraat said of the postal service. “Every time a delivery station turns on it essentially loses the equivalent volume in daily packages.”

Amazon is on track for a “higher year-over-year square footage growth of approximately 50%” by the end of 2020, Amazon Chief Financial Officer Brian Olsavsky said during the company’s second quarter media call in July.

The online retailer has created more than 175,000 new jobs since March to help keep up with rising demand, Amazon CEO Jeff Bezos said in a July news release.

The expansion is “unhelpful” to the postal service, but the agency has long competed against UPS and FedEx and survived, said Neil Saunders, managing director of retail at GlobalData, a data analytics and consulting company. The postal service “is still a big and effective network, especially for delivery to more remote areas,” Saunders said, but “given the volume of orders it has, it makes sense for Amazon to develop its own logistics network in areas where demand is high” because it gives the company more flexibility.

If the postal service keeps its prices lower than other shipping alternatives, it “likely won’t see an erosion of business,” Saunders said. “[It] can also seek growth from other retailers, a lot of which are currently growing faster than Amazon. The service should also be more creative in ancillary areas like retail. They have great foot traffic to most post offices, but the retail offer of things like cards and packaging materials is subpar and could be a more effective revenue generator.”

A postal service spokesman declined to directly comment on whether Amazon delivering more of its own packages would have financial ramifications for the agency.

“Like any prudent business, we do not publicly discuss specifics of our business relationships,” spokesman David Partenheimer said. “But I would also say we compete every day for our customers’ shipping business, which is subject to intense competition. … We have a unique ability to scale and meet market demands through our unrivaled network to benefit shippers, retailers and consumers alike.”