A group hunting 20th-century war vessels made a surprise find in the Baltic Sea. 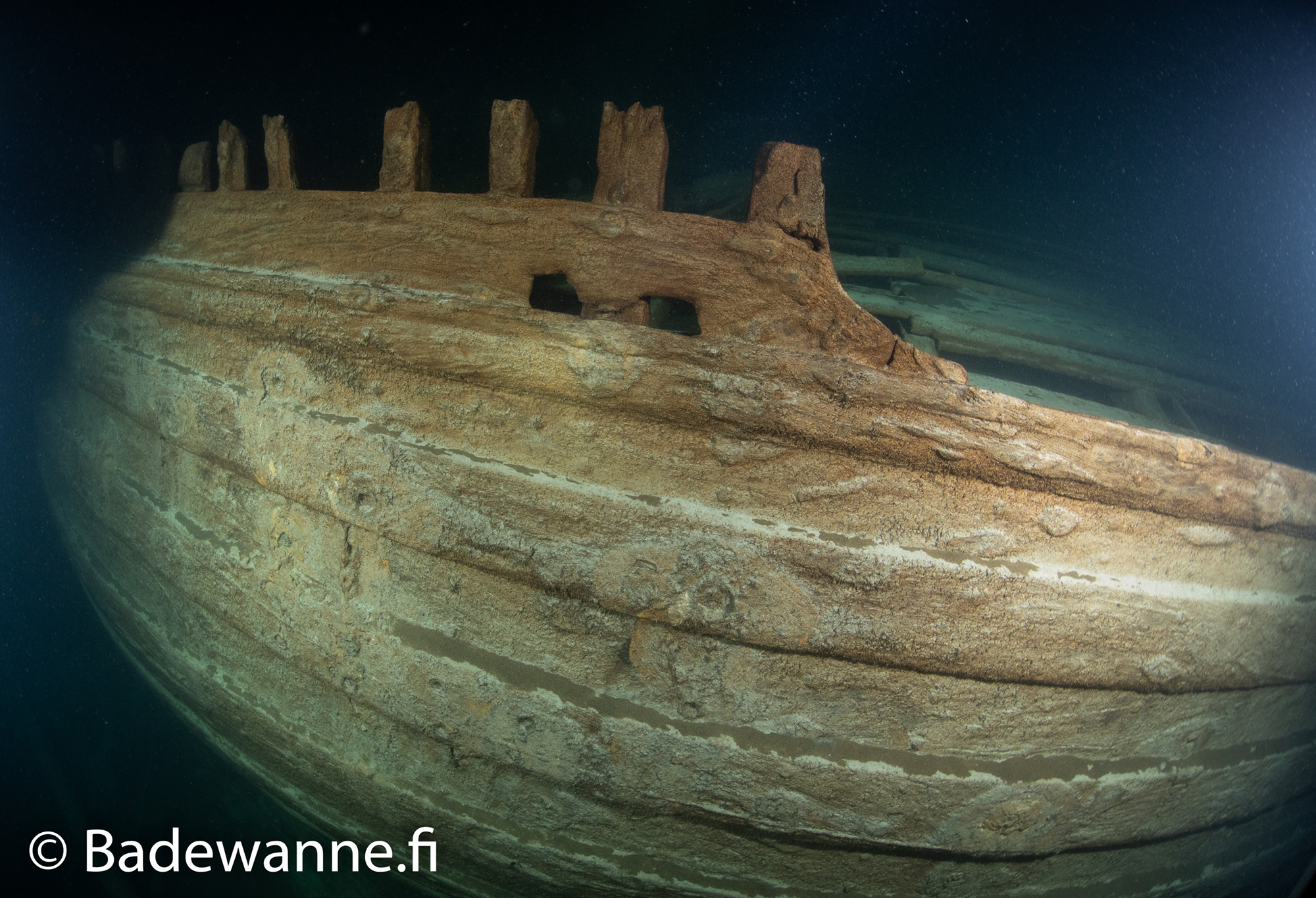 Divers discover preserved shipwreck's portside hull near the bow in Finland in an undated photograph. (Badewanne/RealPress)

A dive team that specializes in finding shipwrecks from the 20th century’s two major wars in the Baltic Sea has unexpectedly found a ship from three centuries earlier. The discovery was made in the Gulf of Finland by Badewanne, a non-profit organization dedicated to documenting ships lost in battle during World War I and World War II.

The team found the ancient wreck in mid-June on the seafloor at a depth of about 280 feet, but did not disclose the discovery until last week.

When the team first came upon the wreck between Finland’s Hanko peninsula and the Estonian island of Hiiumaa by Sea, they first thought it was from one of the World Wars. But they soon realized that was not the case.

“Quickly during the dive, it became clear that this was an old wreck and a Fluit-type merchant ship,” Jouni Polkko, a member of the Badewanne team, told Zenger News. “Such ships were designed in the Netherlands and used as merchant vessels in the 17th century.”

Polkko notes that the find is especially noteworthy because the ship’s hull is intact. While it also shows evidence of having been hit by a trawler that swept away its masts and some deck structures, the vessel’s “holds are full, and all side planking is firmly in place,” he said.

A number of conditions specific to where the ship was found help explain why its remains are so well-preserved. “Due to low salinity, absolute darkness, and very low temperatures all year round, the aging process [for wood] is very slow in the Baltic. Perhaps most importantly, wood-boring organisms such as shipworm cannot live in such an environment.”

Since the Middle Ages, the Baltic Sea has been an important trade route, with vessels from Holland and England moving wood, tar, hemp and other goods around the Baltic. The team has not yet figured out what’s in the sunken ship’s cargo hold because its covered with silt.

It looks like solving that mystery will have to wait, as the diving season in area is coming to an end, which means Badewanne divers will have to wait until next year to further study the wreck. Meantime, the Badewanne team will continue sharing its findings on on the wreck with the Finnish Heritage Agency and other experts.

This isn’t the first time Badewanne has run across a ship that wasn’t related to the World Wars.  In 2011, the group came upon remains of an 18th century merchant vessel.