This Took Guts: Vets Perform Micro-Surgery to Save Seahorse

Doctors save tiny fish whose internal organs were growing outside its body..
By Ana Lacasa September 2, 2020
Facebook
Twitter
Linkedin
Email 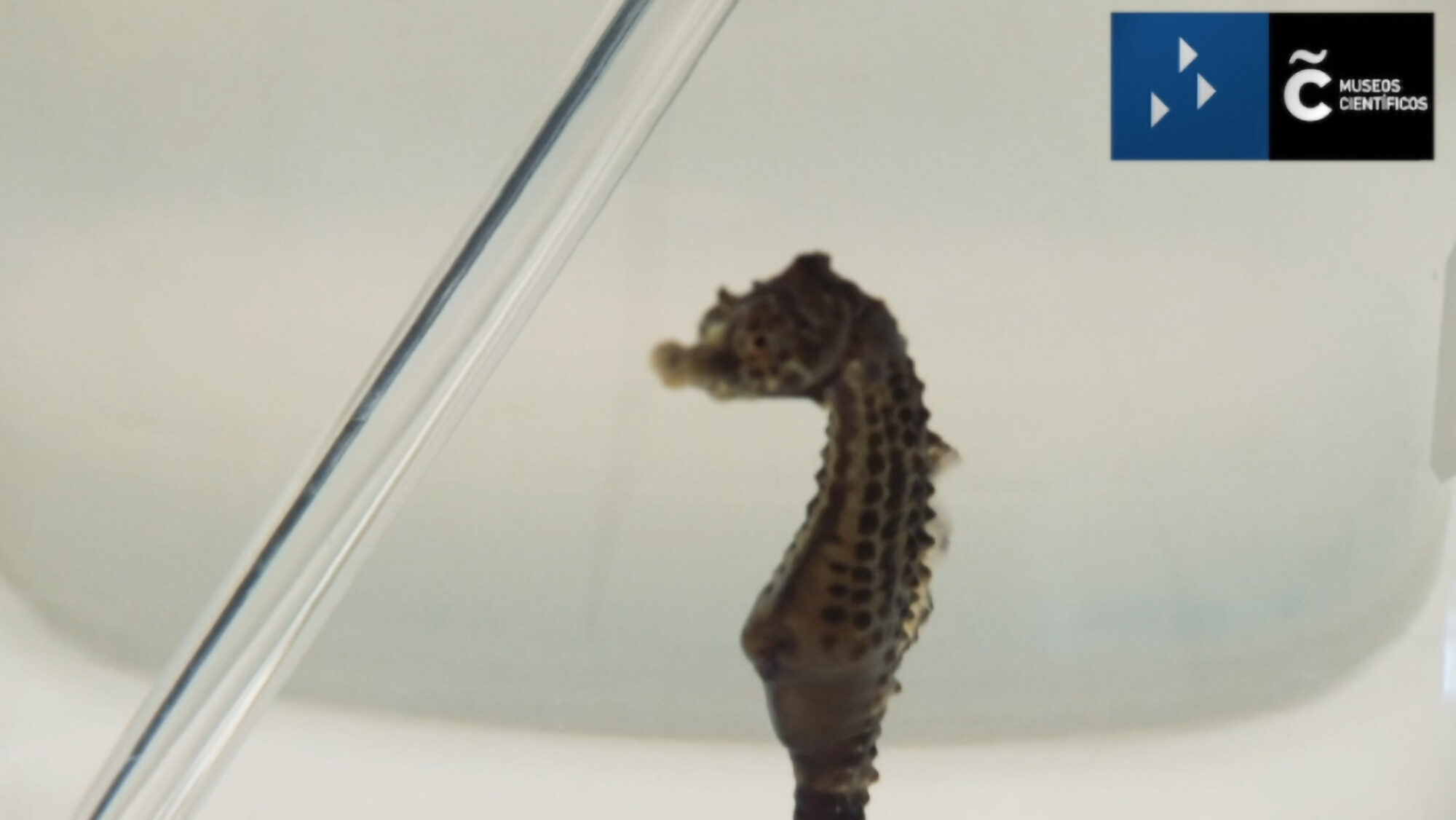 The seahorse after the surgery. in an undated photograph. (Museos Cientificos Coruneses/Real Press)

Veterinarians performed a pair of surgeries that sound like science fiction – they successfully executed microsurgery on a tiny seahorse whose internal organs were growing outside its body.

The seahorse, a young male of the subspecies pot-bellied seahorse was operated on by specialists at the Aquarium Finisterrae in the northwest Spanish city of Coruna.

The initial operation took place back in June, and the micro-patient just recently went through a second round of surgery to have the stitches removed. After declaring the seahorse fully recovered, the aquarium released footage of the highly unusual procedures.

Noelia de Castro, chief veterinarian in charge of the operations, told Zenger News the staff at the aquarium realized the seahorse had a birth defect in May. The young seahorse was in a breeding tank until it was big enough to be exhibited, when its external organs were noted.

De Castro said the seahorse, which was born in 2019, was much smaller than the others in the tank, which had made it difficult to detect the malformation. The seahorse’s defect put the tiny creature at risk of contracting infections from the water.

The first surgery was by far the most involved. She said that vets put the seahorse to sleep with anesthetic, made a suture and placed its entrails inside its body and closed up the wound with stitches.

The pot-bellied seahorse (Hippocampus Abdominalis), is one of the largest species of its kind and grow to be up to 14 inches (36 centimeters) when an adult. But this particular specimen measured just more than 3 inches (eight centimeters) from tail to snout when it was fished out of the tank to be operated on.

When the vets checked up on the seahorse three weeks after the first surgery, it was found to be moving normally and eating well, de Castro said. The fish underwent another operation to remove the stitches and it joined the rest of the group in the tank when it had fully recovered. The aquarium has now named the seahorse Hercules, after the hero in Greek mythology who was known for his superhuman strength and many far-ranging adventures.

“In nature, these kinds of animals (with malformations) have less chance of survival, but in aquariums like this, we can give them a better chance,” de Castro explained.

The pot-bellied seahorse’s natural habitat is in the South-West Pacific around New Zealand and Australia. It is formally classified as a fish, but a rather peculiar fish. The seahorse has eyes that move independently from each other and swim through rapid movements of its dorsal fin, while the pectoral fins serve as rudders.

It feeds on crustaceans such as shrimp and amphipods, which it sucks through its snout and digests whole. But most peculiar of all: Little Hercules can actually get pregnant. Mature male seahorses develop a pouch on the belly into which the females insert their egg-laying organ and deposit the eggs. The male then fertilizes the eggs and carry them until the baby seahorses are ready to leave the pouch and fend for themselves.

According to the International Union for Conservation of Nature, the pot-bellied seahorse is quite common in its natural habitat in the south-west Pacific around New Zealand and Australia. Despite that, de Castro felt it was important to give Hercules a chance at a normal life.

“Our job is to give them same chance as any other animal, no matter their size, and to give them a good life,” she said.

De Castro also explained that it was the first time the aquarium had encountered a situation like this. Male seahorses sometimes suffer a brood pouch prolapse after giving birth, but this case “was a birth malformation.”