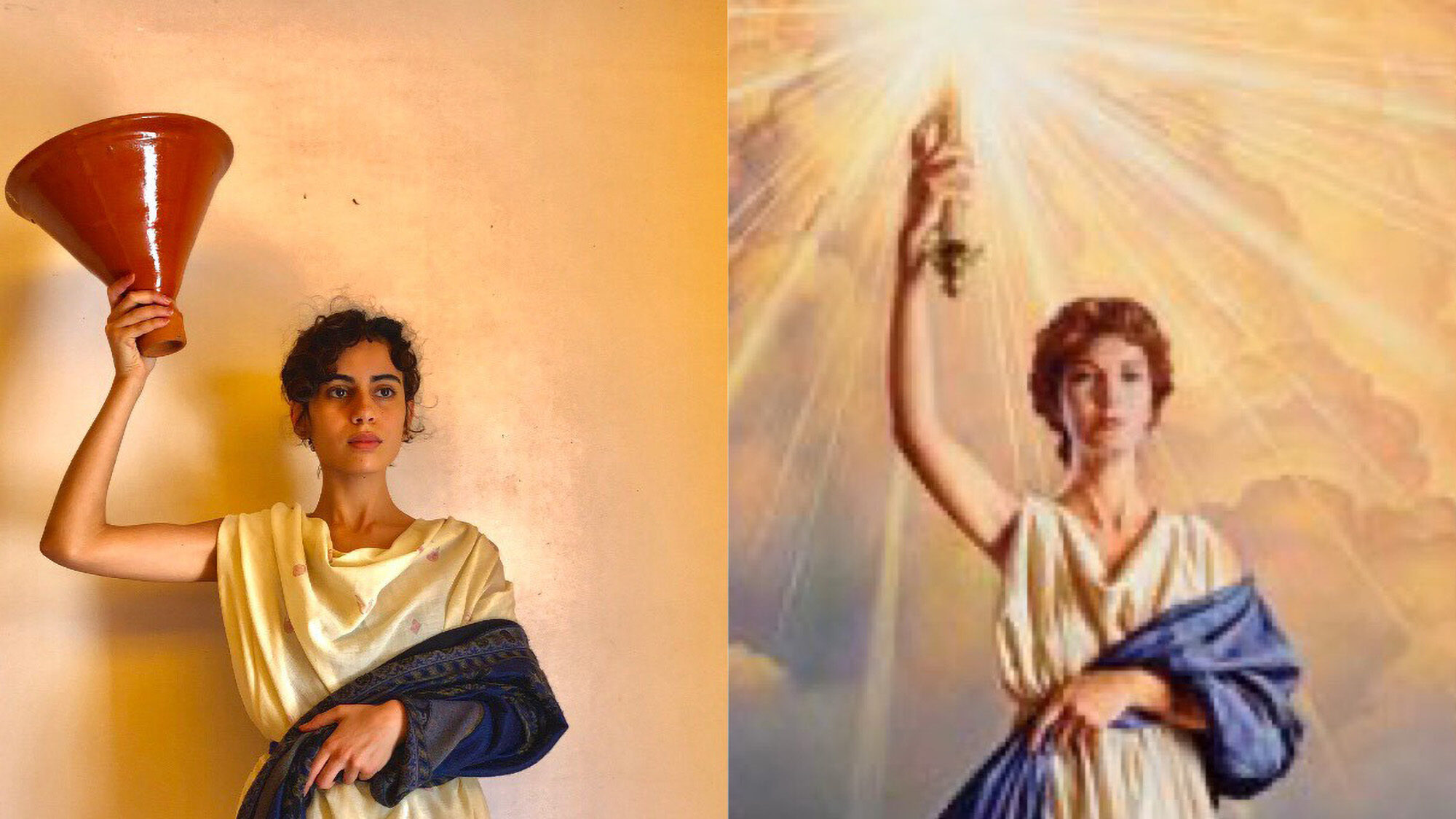 They say imitation is the most sincere form of flattery. That appears to be the case with a Moroccan artist who has become an online hit by recreating some of the world’s most famous paintings and images by incorporating traditional Moroccan clothing such as caftans and the djellaba into such works.

The project has given 18-year old Zineb Bouchra a breakthrough as online mimic artist; her Instagram account has gone from next to none to about 13,700 followers in recent weeks.

Bouchra, who studies at Morroco’s Fine Arts School of Tetouan, has created her own series of artwork by combining famous images with simple materials inspired by Amazigh (sometimes referred to as Berber) art. Amazigh is the term used by indigenous people in North Africa to describe themselves. There are between 25- 30 million Amazigh in that region today, with the highest concentration in Morocco, where about half the population identifies as that people.

“I have recreated different paintings, starting with orientalist painters such as Portaels. I also tried different paintings like the ‘Mona Lisa’ by Leonardo da Vinci, as I love his artwork and he is one of my biggest inspirations,” Bouchra said, who got started on her striking recreations after learning about an open invitation by the J. Paul Getty Museum in Los Angeles to use its extensive digitalized art archive and ordinary household objects to recreate famous artworks and post the results on the museum’s social media channels.

That Getty Museum Challenge was conceived as a playful pastime game in response to the pandemic-related closing of museums, but quickly caught on in social media. Less than a month after it was launched in late March, more than 100,000 recreations had been submitted.

“I saw the challenge and thought to myself, ‘I could do that in my own style,’” said Bouchra. “I started thinking of an original look and came up with the idea of using an Amazigh twist.”

So far, Bouchra has posted about two dozen artwork recreations on her Instagram page, and she plans to keep producing more, provided she doesn’t run out of inspiration.

“My friends and family have been very supportive. They always come up with new ideas and help me combine my outfits,” she said. “I’m still researching art history to help me come up with something new.”