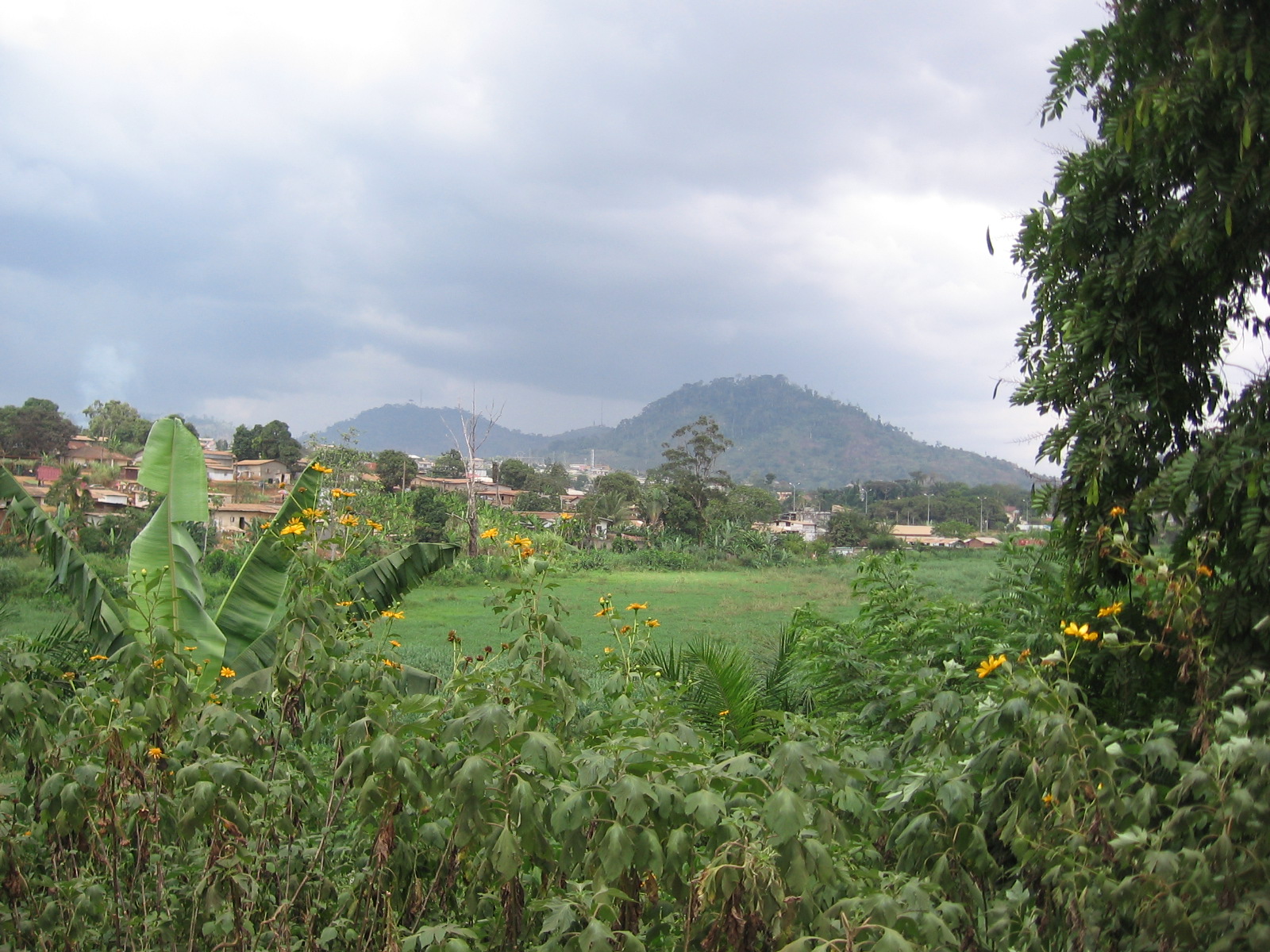 His experience echoes those of people in 40 communities that make up the Banen indigenous group—which originated from the Ebo Forest Zone. Like them, Baboule was forced to quit the land in the early 1960s in the aftermath of Cameroon’s independence.

In addition, Baboule, a retired Cameroonian soil-science researcher, wishes to be buried in his ancestral land when he dies. But his request may not be granted. The government is threatening to open the 370,000-acre functionally intact ecosystem to logging.

“We were expecting the state to facilitate our return after 57 years, but it has dispossessed us of this land,” said Baboule. “We took part in the pacification of the country by ceding our land.”

The Ebo Forest is one of the intact forest ecosystems in the Gulf of Guinea stretching over 1,250 square miles. The zone harbors an estimated 35 million tons of carbon, home to critically endangered species.

In February, the government decided to classify the zone as a Forest Management Unit, meaning logging rights can be auctioned to the highest bidder. In July, Cameroon opened nearly half of the forest to logging, ignoring opposition from local communities and environmental non-government organizations.

Met with resistance, authorities were forced to backtrack. “The logging option is suspended for now, but we need to push for sustainable land use options,” said Ekwoge Abwe, manager of the Ebo Forest Research Project.

“The present statement will not last long. Classification is a normal, legal procedure. If we don’t classify this forest…it is subject to poach or illegal logging,” said Jean Robert Onana, director of communications in Cameroon’s forestry.

Cameroon took initial steps to establish the Ebo Forest as a national park in 2006. But the process stalled in 2011, owing partly to opposition from local communities, which feared their land would become state property. “The gazetting [zoning] of a forest is done exclusively in the interest of the state,” said Jules Doret Ndongo, Cameroon’s Minister of Forestry and Wildlife.

“As a logging concession, the companies will only have the right to harvest timber. They don’t have the right to buy the land. But the community loses ownership of the land to the state,” said Samuel Nguiffo, executive secretary of Center for Environment and Development, an environmental non-governmental organization in Cameroon.

The people of Banen were forced to quit the forest in 1963 as Cameroon soldiers and guerrilla fighters fought in the wake of independence from France. The 40 villages were then resettled within a strip of land about 10 miles from the forest’s edge. The state has not assisted them in returning to ancestral land after the guerrilla fighters were defeated.

Since the initial move, the villages have grown into a high biodiversity ecosystem. The forest is home to many species protected by Cameroon and international laws. However, officials says any action taken is in strict compliance with the country’s forestry laws.

“The political and strategic vision of the forest and wildlife is geared towards the sustainable management of all its resources. There are 103 Forest Management Units in Cameroon, 68 of which are operational. They have been managed so far without any hitches,” said Doret Ndongo.

Environmentalists insist the country will be breaching international obligations, should logging concessions be eventually granted. “Cameroon has taken commitment under the Paris Agreement to reduce greenhouse gas emissions. Giving out this forest for exploitation means the country is backpedaling on this commitment,” said Augustine Njamshi, co-founder of Pan African Climate Justice Alliance.

But for some, the economic factors are too strong to ignore. Forestry operations in Cameroon employ 45,000 people and account for 5 percent of the country’s gross domestic product, according to the forestry ministry. The country’s GDP was $38 billion in 2019.

“Cameroon is desperately looking for new areas to open to logging,” said Samuel Nguiffo, executive secretary of the Center for Environment and Development. “The state has already granted a lot of logging concessions. The forests are not rich enough to allow for the second round of rotation.”

Indigenous communities and the government clashing over logging at the Ebo Forest is not a one-off situation. In 2010, tensions mounted when the government created logging concessions in Ngoyla Mintom, an undisturbed tropical rain forest in Cameroon.

“At the end of the day, logging will not bring expected development. There is no instance in Cameroon where logging has changed the lives of neighboring communities. Communities don’t need to give out their forests in order to receive development projects from the government,” said Nguiffo.

“Depending on the quality of the tree, a tree is bought at approximately $286 in Cameroon. Once shipped to Europe, this single timber will cost approximately $4,477. There is no efficiency in the logging process, since the timber is sold at a very low cost,” said Nguiffo. “There is a lot of illegal logging and fraud. Tax evasion is endemic.”

(Edited by Blake French and Fern Siegel and Mary Stroka)