Venezuelans were discovered in the back of a truck fleeing their chaotic homeland.
By Carlos Davalos September 2, 2020
Facebook
Twitter
Linkedin
Email 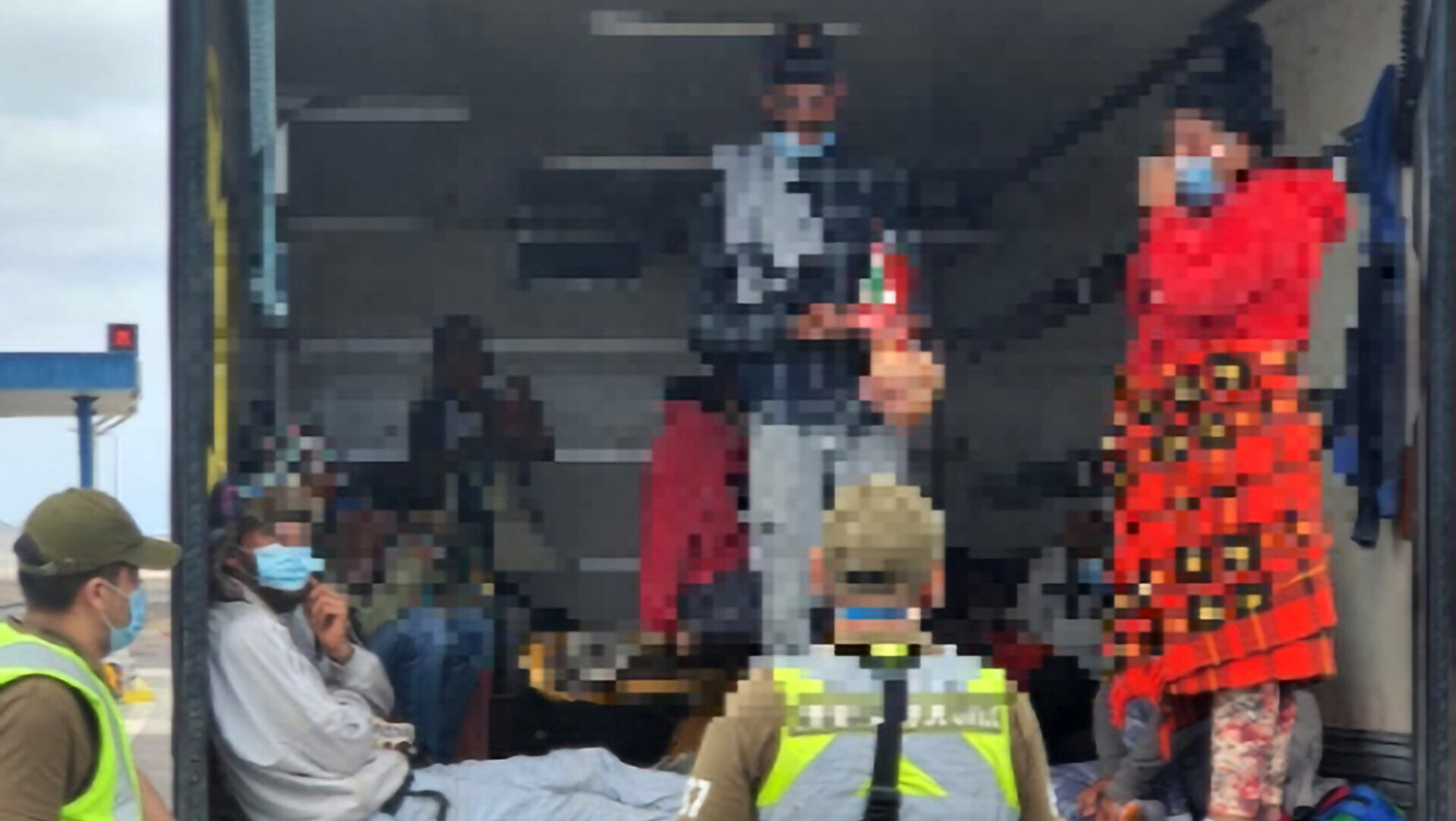 IQUIQUE, CHILE–A group of 19 Venezuelan immigrants trying to sneak into Chile – including a 2-month-old boy – were discovered hidden in the back of a truck by Chilean authorities. The find occurred on the morning of Aug. 26 on Route 1 at the Chuchumata tollbooth here, near the border with Peru.

The travelers were walking south when they asked a passing truck driver to take them south, authorities said. The driver agreed and was passing through the Chuchumata tollbooth when the passengers were discovered by police.

Colonel Andres Arenas of the Carabineros said of the 19 in the group, “one of them had entered our country illegally and the rest had their visa status expired, therefore, they were here illegally.”

Those seized are being detained at the Carabineros station in Iquique, and the case involving them is now in the hands of the local prosecutor’s office and the country’s immigration authorities. In addition to being reprimanded by authorities, the truck driver will also be summoned to taken part in the investigation.

Police said the group of Venezuelan citizens found in the back of the truck include eight minors, including a 2-month-old boy. It could not be determined if the baby was with his parents, now whether any of the others seized were related in any way.

According to a report on the region by the United Nations Office for the Coordination of Humanitarian Affairs, about 5 million refugees and migrants have left Venezuela since 2015. Most of those have stayed within the region, with the greatest number heading to Colombia, nearly 2 million, and Peru, 900,000.

Most of those fleeing the country are doing so to escape the socioeconomic and political chaos enveloping the country under controversial President Nicolas Maduro. Meanwhile, some 800 Americans have found themselves trapped in Venezuela. According to the U.N. report, the Covid-19 pandemic is making the situation in Venezuela even worse.