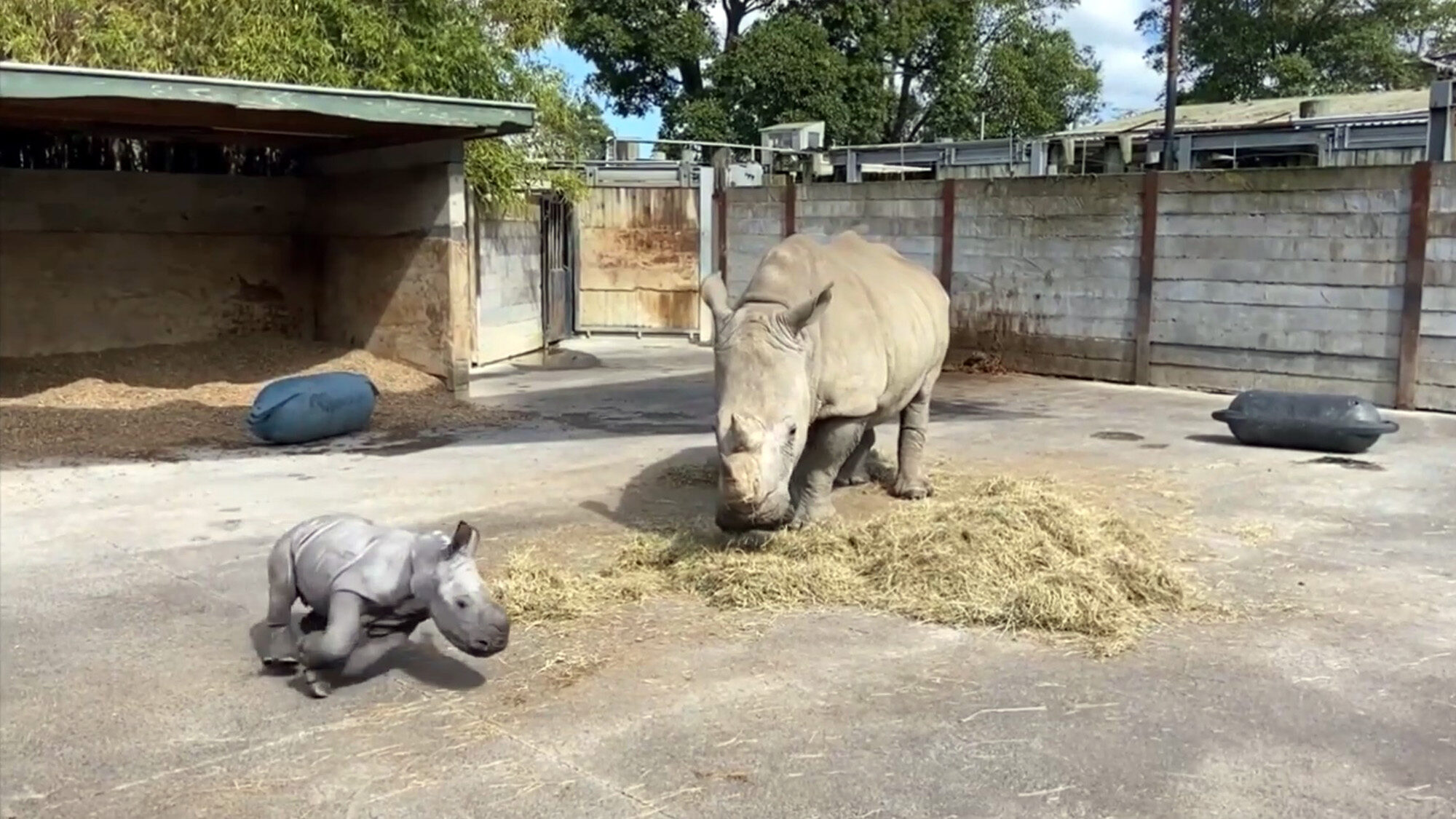 AUCKLAND, New Zealand—This city’s zoo has experienced its first rhino birth in two decades. Born on Aug. 14, the as-yet-unnamed calf has now taken a public bow via video, and can be seen frolicking around her mother, Jamila, an endangered Southern white rhinoceros.

The zoo’s video captures such moments as when Jamila, a first-time mom, is seen eating from a stack of hay as her calf runs enthusiastically all around her, and another in which the adult female rhino can be seen turning her head left and right, apparently to keep her high-energy daughter in sight.

In a press release from the zoo, its ungulates (mammals with hooves) team leader, Tommy Karlsson, said Jamila’s pregnancy has “been a long wait, but absolutely worth every second. [The delivery] … was very smooth and very fast, and Jamila did a brilliant job by giving a couple of really good pushes to get her baby here. The calf was walking within 25 minutes and suckling well by the afternoon.”

Southern white rhinoceros are one of the largest and heaviest land mammals in the world, second only to elephants, with female rhinos weighing an average of 3,750 pounds and males 5,070 pounds. They typically live 27 to 30 years in captivity and up to 43 years in the wild, and can grow up to 12 feet.

According to the zoo’s news release, the new calf is the result of a pairing between Jamila–relocated from the country’s Hamilton Zoo in late 2018–and its own 30-year-old male, Zambezi, in early 2019. (Rhino pregnancies are typically 15-16 months.) That move came at the recommendation of the Zoo and Aquarium Association of Australasia’s managed breeding program for the threatened African species. Such animals are listed as “near threatened” by the International Union for Conservation of Nature’s “Red List of Threatened Species.”

One final note: Those who want to see the new baby rhino in person will have to be patient for a bit longer, as the zoo is closed until Sept. 2, due to the pandemic.