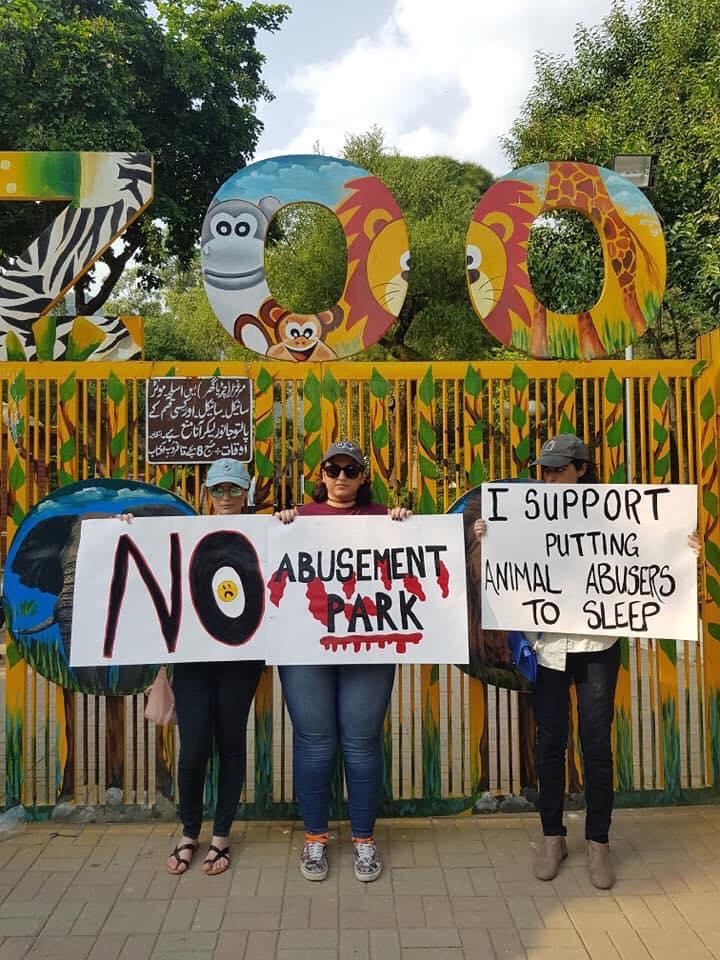 More than 500 hundred animals are missing and at least two lions have died at the Marghzar Zoo in Islamabad under what animal advocates say are horrifying and inhumane conditions at the government-run attraction in Pakistan’s capital city.

Authorities are investigating the disappearance of more than 50 percent of the animals caged in the 40-year-old zoo at the foot of the Margalla Hills, which came to light after the Islamabad High Court handed over the management of the zoo to the Islamabad Wildlife Management Board, under the ambit of the federal Climate Change Ministry, in May. This action followed a petition highlighting the condition of the animals at the zoo, previously under the management of the Metropolitan Corporation of Islamabad, an entity of the local government.

The court ordered that all of the animals be moved to sanctuaries until conditions at the zoo were made suitable for them. And while the zoo’s former managers followed the court’s orders, they did so with little consideration for the sensitivity of the procedure, advocates say.

“When a pair of lions were being moved to a private farm in Kasur, a city in Pakistan’s Punjab province, they were first forced out of their cage by setting it alight,” said Muhammad Saleem, a spokesperson for the Ministry of Climate Change. “The traumatized pair was then put in a cage made of iron rods for the transfer. This cage got overheated in the high summer temperatures and the lions eventually died.”

The post-mortem report said that the big cats died due to suffocation, starvation, and dehydration,

“Both the lions were very ill,” said Anees-ur-Rehman, a member of the management board. “They were dehydrated, emaciated, and full of worms. They were so weak that they could not take the stress of the transfer.”

Ministry of Climate Change officials and other advocates say the former zoo managers broke the law under Pakistan’s Prevention of Cruelty to Animals Act, 1890.

Metropolitan Corporation of Islamabad’s media coordinator Mohsin Sherazi denied all the allegations leveled against the authority by the Ministry of Climate Change.

“The death of animals took place within 14 days after the charge of the zoo was handed over to the Ministry of Climate Change,” Sherazi said.

When the handover was taking place in July, it became apparent that nearly 500 animals were missing from the zoo.

A report issued by the Metropolitan Corporation of Islamabad, a body responsible for the city’s development and infrastructure, stated that in 2019, there were 917 animals and birds of different species in the zoo. However, the handover documents dated July 16 show that only 404 animals had been handed over.

“This discrepancy came to light when this Ministry received the handover documents while taking charge of the zoo from the Islamabad Metropolitan Corporation,” said Saleem of the Ministry of Climate Change.

An investigation into the status of the missing animals is underway.

“[The Metropolitan Corporation of Islamabad] is responsible for the ill-treatment and starvation of the animals,” said Saleem. “The zoo made enough money just by selling tickets on weekends when hundreds or even thousands of people visit. Considering that tickets cost PKR 20 [12 cents] for adults and PKR 10 for children, the zoo authorities should have been able to feed all the animals with the revenue.”

“Islamabad Wildlife Management Board did not follow any of the common parameters while implementing the relocation plan. The mode of transport adopted was not suitable for the requirement of the animals and health checks were not done for all animals before translocation,” he said.

A memorandum issued by the government in July, which was made available to Zenger News, states that there are standard protocols for the translocation of each animal group.

“Stress is an inevitable component of animal translocation,” it states. “Being captured, translocated through vehicles having noise and vibrations, getting released into new enclosures is not as simple for an animal as it looks like. Extreme weather like peak summer and monsoon should be avoided.”

The change of location for two bears at the zoo is now awaiting medical approval. The government has also asked the court for more time to hire people with the required skill set to move the animals safely.

Anila Umair, who works for Critters Ark, an animal welfare organization in Pakistan, remains skeptical about the welfare of the animals.

“I neither trust the Islamabad Municipal Corporation nor the Ministry of Climate Change with taking care of the animals,” Umair said. “In Pakistan, there is a dearth of expertise, which is why trainers should be called from abroad. There are no proper vets who know the dosage requirements of the animals.”

Umair said that the zoo should not be reopened till a proper system is devised and handlers are called from abroad to train people in Pakistan.

Currently, the refurbished zoo is slated to reopen next year.

«Previous Post
Mom-and-Pop Stores to Give Reliance a Run for Its Money»Next Post
Big Baby: Milestone Birth as Rhino Arrives at Auckland Zoo