People who have returned from the Gulf countries are looking for options at home. 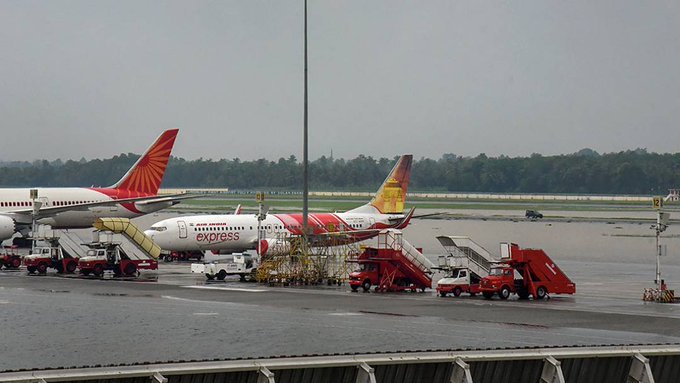 CHENNAI, India — The Gulf region of the Middle East, once a favorite destination for job opportunities for people in the southern Indian state of Kerala, is beginning to lose its appeal due to harsh policy measures aimed at expats.

One example is a bill drafted by Kuwait’s National Assembly to limit the number of expats in its workforce. The government plans to terminate the services of 50 percent of foreigners working in the government sector. A proposal to allow private companies to cut salaries has also been passed. These measures were undertaken to tackle the Covid-19 pandemic in the country and the economic slump that has followed.

“As of Aug. 17, 300,000 people came back to Kerala from other countries, and of these, 94 percent were from the Gulf countries alone,” K. Elangovan, principal secretary, Industries, in the Department of Industries and Commerce, told Zenger News.

Owing to the lucrative spice trade, the western coast of South India — the Malabar — has had economic ties with the Arab nations since before the time of Prophet Muhammad, and migration to and from the Middle East isn’t new. Modern migration began in the 1970s when the oil sector boomed.

In recent times, income from the Gulf countries — Bahrain, Kuwait, Iraq, Oman, Qatar, Saudi Arabia and the United Arab Emirates — has been a major source of revenue for Kerala. Over 30 percent of the state’s GDP comes from remittances from those working in the region. The Centre for Development Studies reports that total remittances to the state were close to INR 85,000 crore ($11 billion) in 2018 because of remittances from the Gulf. However, the study does not mention exactly how much has come from the Gulf, nor has there been any study specific to Kerala regarding remittances. The government has been relying on estimates.

“The situation keeps changing in the Middle East,” said 45-year-old Shibu Jacob from Alappuzha, who worked in the Gulf region for almost two decades. “We cannot predict how rules for expatriates will change, so it does not make sense for me to go back.”

Shibu came to Kerala just when the Covid-19 outbreak began to gain momentum. He couldn’t go back to Kuwait due to the lockdown.

“I have made enough money working in Kuwait,” said Shibu. “I am a practicing lawyer and I can practice in India as well.”

There are many others like Shibu who do not want to go back to the Arab countries but worry that life in Kerala will not be easy either.

Praveen Veppil, a 41-year-old resident of Thrissur, returned to India after a long stint in the northern Emirates. He wants to stay in India to take care of his family. Currently out of a job, he has decided to start a business in his home state. While he has a lot of work experience, Veppil believes that becoming an entrepreneur is a better bet as there are few jobs for skilled professionals in Kerala.

“It will be a waste of time to apply for jobs here,” said Veppil. “I might as well set up a business. I worked as a manager in the sales and marketing division of a company in the northern Emirates but my profile is unlikely to get me a job in Kerala. It’s easier for a laborer in the real estate sector to get a job here. Hence, I am setting up my own business.”

The Kerala government anticipates that those who have recently come back from the Gulf countries will not be going back, so it is creating a database of people looking for jobs, along with their skill sets.

“The database we create will be shared with entrepreneurs in the state,” said Elangovan, the principal secretary. “We will help people update their skills or learn new ones. We do not have to worry about health care workers and IT employees. IT employees can work from home since the location is not a constraint for them. There is a demand for health care workers in Germany and many other countries, so they could get jobs there.”

Kerala has one of the most robust health care systems in India. A 2016 World Health Organization study, “The Health Workforce in India” by Sudhir Anand and Victoria Fan, states that Kerala had 38.4 percent of the country’s medically qualified nurses. Kerala also has the third-highest percentage of Ayurveda specialists in the country.

The Kerala government will also provide manual labor opportunities. Out of the 500,000 migrant laborers from other states in the official records, 80 percent have gone back to their hometowns. The government wants to fill these vacancies with local unemployed people.

The Indian government’s Periodic Labour Force Survey for 2018-19 said Kerala has one of the highest rates of unemployment. Around 35.2 percent of people between the ages of 15 to 29 are unemployed, while 9 percent of people above age 15 are without jobs.

In addition to providing employment opportunities, the Kerala government plans to provide people with loans to start their ventures. State-run nonbanking finance corporations will also help people set up businesses.