Heavy Security: Beep Warns When School Bookbags Weigh Too Much

And Indian gadget guru has unveiled a weight sensor to save pupils from backbreaking loads. 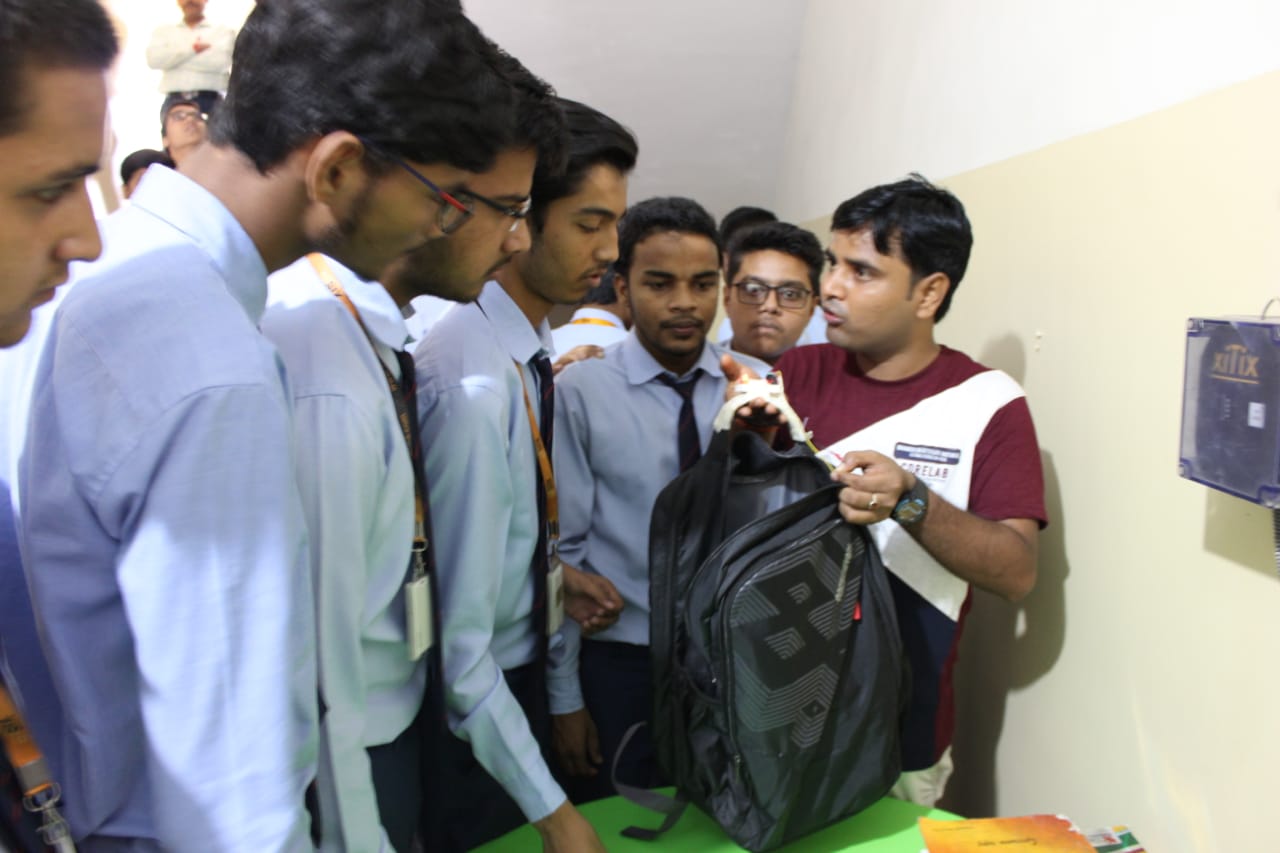 NEW DELHI — Schoolchildren in India often have to carry their book bags with them throughout the day, as few educational systems provide lockers, where students can leave their textbooks, lunch boxes, art supplies and other school materials like their American counterparts.

Now, there’s a device to help schools determine if students’ bags are too heavy.

“This simple sensor-based device fitted with microchips is placed at the bottom of a school bag to detect overloading,” said Kamal Sharma, president of the voluntary non-governmental organization Innovation for Society that creates affordable innovations for everyday use by implementing basic scientific principles.

Sharma, along with Aparna Shee, Prem Chand Mahto and Sanjeet Kubhkar from the mining town of Dhanbad in the eastern Indian state of Jharkhand, has developed a device for school bags that starts beeping if it weighs more than the allowed amount by government standards.

“The weight and height of the student are fed into the system so that the [body mass index] can be calculated. If the weight of the bag exceeds what is recommended for a particular BMI, a light starts glowing, and warning sounds are emitted,” he said.

“At the beginning of each term, the children are required to carry every single textbook and notebook to class,” said Medha Soni, director of communications at the Asia South Pacific Association for Basic and Adult Education. “Even I struggle to lift their bags on that day. How can children be expected to carry that kind of weight? The school should have a proper system in place to ensure the books are brought to school in a phased manner.”

In 2018, India’s Ministry of Education issued a directive to all states and union territories to ensure that children do not carry more than 1.5 kilograms (3.3 pounds) in first and second grade, 2 to 3 kilograms in third and fourth grade and 4 to 4.5 kilograms in fifth through ninth grade. Students in 10th grade are not to carry bags heavier than 5 kilograms.

This directive is rarely followed.

“The government has said that children should not carry bags heavier than 10 percent of their body weight,” Sharma said. “However, in reality, children end up carrying bags many times heavier than that, leading to health issues. This bag will help alert parents and the children so that they can attempt to lighten the load.”

Not everyone is convinced the beeping bag will change things.

“A bag that beeps may signal a warning to the parent, but I doubt if it will prevent schools from expecting the child to bring the extra load to school,” said Jyotsna Grover, an educator and parent of two boys who study in a well-known private school in New Delhi.

“All schools are aware that students must not be asked to carry heavy bags, yet they pay no heed to the government’s directives,” she said. “I don’t think a beeping bag will make a difference. And those schools that do care and try to restrict the weight of school bags really don’t need a beep to do what they know they must in the best interest of children.”

Studies have shown that carrying such heavy loads leads to back and posture problems in children. According to a 2016 survey conducted by the Associated Chambers of Commerce and Industry of India across 10 Indian cities, 68% of children under the age of 13 have suffered serious spinal damages and irreversible back problems.

The survey further noted that 88% of 7- to 13-year-old school children were carrying more than 45% of their body weight.

The American Chiropractic Association recommends that a child’s backpack weigh no more than 5 to 10 percent of his or her body weight. A heavier backpack will cause a child to bend forward to support the weight on his back, rather than the shoulders, according to the organization’s website.

For now, Sharma has only created a prototype of the beeping bag and has made no attempt to commercialize the invention.

“Ours is a very small organization, and we do not have the wherewithal to start commercial production,” he said. “However, we are willing to transfer the technology to a government or a private organization as long as the price is kept low for the greater good. One should also remember that at the end of the day, this innovation is primarily to create awareness. The onus is on the government to ensure that its rules are followed by schools.”

For now, the bag has been priced at a modest Rs 250, approximately $3.40. It was introduced to students at a workshop held at a public school in Ranchi, and trials have also been conducted on students in coaching classes.

“I would definitely welcome this school bag if it were to go into commercial production,” said Soni. “My daughter’s school bag is often so heavy that it seems as if it contains heavy bricks.”