Amnesty International accuses officials of looking the other way in the face of ‘grave human rights’ in riots that 53 people dead. 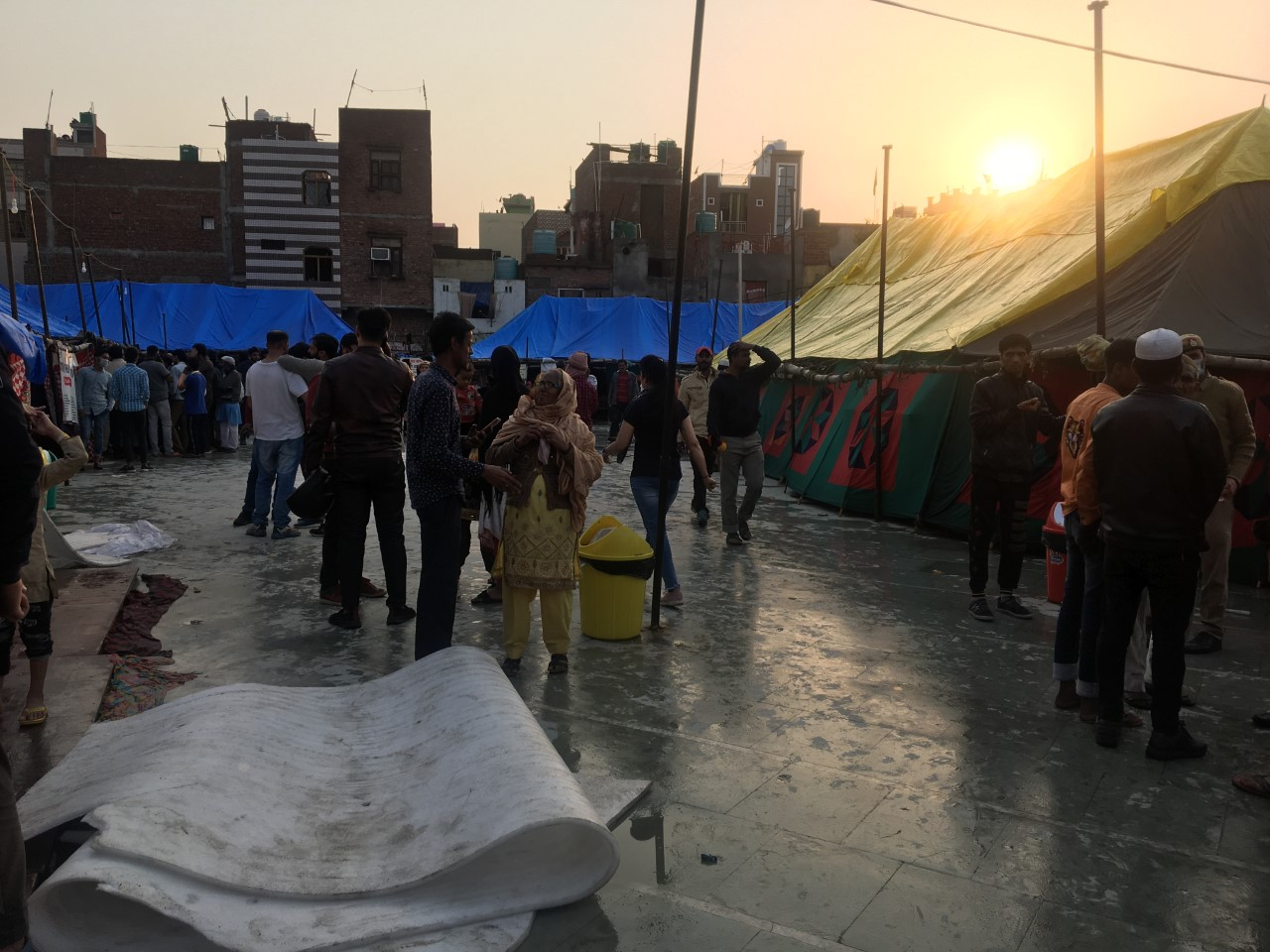 “Delhi police personnel were complicit and an active participant in the violence,” Amnesty said in an investigative briefing released Aug. 28.

The organization’s investigation is based on conversations with 50 riots survivors, eyewitnesses, lawyers, doctors, human rights activists and retired police officers, as well as several videos of the violence.

The Delhi police force has denied any wrongdoing and did not respond to a Zenger News request for comment about the Amnesty report.

President Donald Trump was in New Delhi as part of his first state visit to India when violence roiled the northeastern parts of India’s capital, in which 53 people — mostly Muslim, India’s largest religious minority — were killed.

Amnesty’s report documents a timeline of alleged violations by Delhi police, starting from the pan-Indian protests against a new citizenship law in late December 2019. It claims to have found a “disturbing pattern of grave human rights violations committed by the Delhi police during the riots.”

“Six months on, there has not been even a single investigation into the role of the Delhi police,” said Avinash Kumar, executive director of Amnesty International India.

During the six days of rioting, a video surfaced of police personnel kicking five men and forcing them to sing India’s national anthem. One of them, known as Faizan, later died of his injuries.

Amnesty said the video was among those analyzed by its crisis evidence laboratory, and the team interviewed Faizan’s mother. After the incident, Faizan was detained by the police for close to 36 hours without any charge. He was handed over to his mother at 1 a.m. on Feb. 26 after his condition had deteriorated.

Mohammad Rafiq, a 27-year-old tailor, was also among the five men who can be seen being assaulted in the video.

He said the group was kept in police lockup until late on the night of Feb. 25. Rafiq had been picked up by the police when he had stepped out to look for his mother on Feb. 24.

“The policemen first dragged me to the government-run clinic in the area and beat me up,” he said. “Four people were already lying on the ground there. I lost all hope and thought, ‘I won’t survive this.’”

“We asked them to release us,” Rafiq said. “But they said the situation outside the police station was bad.”

“The ruthless treatment of the heavily injured men by the Delhi police officers violates the international human rights standard,” Amnesty said in its statement.

The police force has said previously its investigations were fair.

“Delhi police would like to assure you that it is has the capability and the resolve to bring all those responsible for the riots to justice – and nothing bears out this intention more than the fact that over 750 cases have been registered and more than 1,500 persons have already been arrested in connection with the riots,” Eish Singhal, a Delhi police spokesperson, wrote in a statement on Aug. 7.

In another response on June 26, Singhal had written that more than 400 First Information Reports, or official written complaints, have been registered from the minority community.

“No discrimination has been made on grounds of community, caste or color,” he said.

Violence in northeast Delhi followed two months of protests against the new citizenship law. The law, passed by the Indian parliament in December 2019, fast-tracks the citizenship process for non-Muslim migrants from Afghanistan, Pakistan and Bangladesh. In New Delhi, one such protest in the northeastern parts of the city had snowballed into riots.

Kapil Mishra, a local leader from Prime Minister Narendra Modi’s Bharatiya Janata Party, had threatened to forcibly remove the protesters. Amnesty said the police did not act against Mishra, even when his speech was immediately followed by large-scale violence.

Delhi police and Mishra did not respond to the allegation.

“The leadership of Amnesty, the Aakar Patels and Ashwini Kumars have a long history of being anti-Modi,” he said, referring to the former and present chief.

“Sometime back, media was full of stories about a senior police officer writing to his juniors about a large number of complaints received from Hindus alleging bias in the investigations by the police,” Mittal said. “How is it that Amnesty has not chosen to look into any complaint which the Hindus have made against the Delhi police?”

But victims of the violence agree with Amnesty’s report.

“Had the police acted properly we would not have faced this situation,” said Babu Khan, whose two sons, Amir Khan, 30, and Asim Ali, 19, were waylaid by a mob, killed and thrown into a drain on Feb. 26.

Amnesty also claims the police selectively targeted anti-citizenship law protestors. A lawyer who is representing many accused of rioting said the situation was grim.

“Not only are victims being attacked, but also lawyers are being threatened and journalists are being assaulted,” said Mahmood Pracha, whom Delhi police have accused of forging documents and instigating a man to depose falsely.

Delhi Police’s Special Cell, its anti-terror wing, is probing the riot. Under the Unlawful Activities (Prevention) Act of 1967, police have arrested several students, activists and politicians who were protesting against the new law.

Amnesty has demanded a prompt investigation into all allegations of human rights violations by the police.