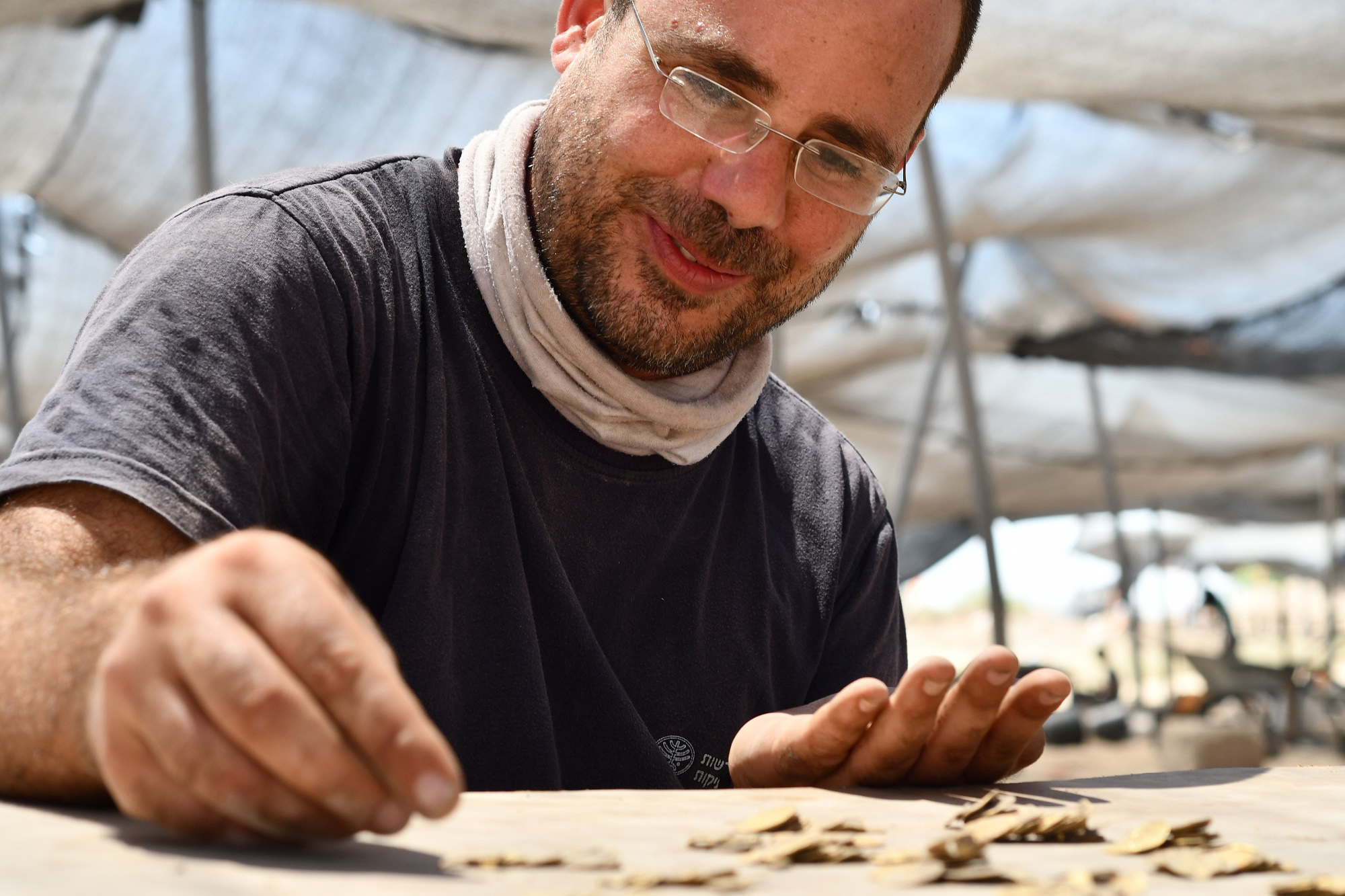 Two Israeli teens helping an archaeological team during their summer break made a find that’s the envy of their professional counterparts: a clay pot containing 425 meticulously preserved 24-carat gold coins that date back to the 9th century.

“It was amazing,” said Oz Cohen, one of the teens who volunteered at the excavation site in central Israel before entering military service after the summer holidays. “I dug in the ground and when I excavated the soil, saw what looked like very thin leaves. When I looked again, I saw they were gold coins. It was really exciting to find such a special and ancient treasure.”

The dig took place at a site being prepped for a housing development. The two archaeologists in charge of the excavation, the Israel Antiquities Authority’s Liat Nadav-Ziv and Elie Haddad, said in a statement obtained by Zenger News that the treasure appeared to be deliberately buried at the site, because the pot containing the coins had been secured with a nail.

“The person who buried this treasure 1,100 years ago must have expected to retrieve it,” they said. “We can only guess what prevented him from returning to collect his treasure.”

The discovery is rare, indeed, as gold coins were traditionally melted and re-used over time, rather than preserved in their original form. Moreover, the coins provide a glimpse into trade relations in the Mediterranean region more than a millennium ago, according to the authority.

Most of the coins, which weighed a total of 845 grams (almost 2 pounds), were minted in the Islamic world. But some are from the Byzantine empire, which indicates that there was trade between Christian lands and the so-called Abbasid Caliphate, which controlled an empire that stretched from Persia to Baghdad in today’s Iraq.

The hoard consists of full gold dinars, an early Islamic currency, but also about 270 small gold cuttings that were used as small change. The rarest piece is a fragment of a gold solidus of the Byzantine emperor Theophilos, minted in the Byzantine empire’s capital of Constantinople. This fragment, according to Robert Kool, a coin expert at the authority, is rare material evidence of the continuous connections—war and trade—between the two rival empires during this period.

“This rare treasure will certainly be a major contribution to research, as finds from the Abbasid period in Israel are relatively few,” Kool said. “Hopefully, the study of the hoard will tell us more about a period of which we still know very little.”

And the value of the gold coins? Though considered priceless today, Kool said 1,100 years ago, the entire hoard would have been enough to buy a luxurious house in one of the best neighborhoods in Fustat, then the wealthy capital of Egypt.