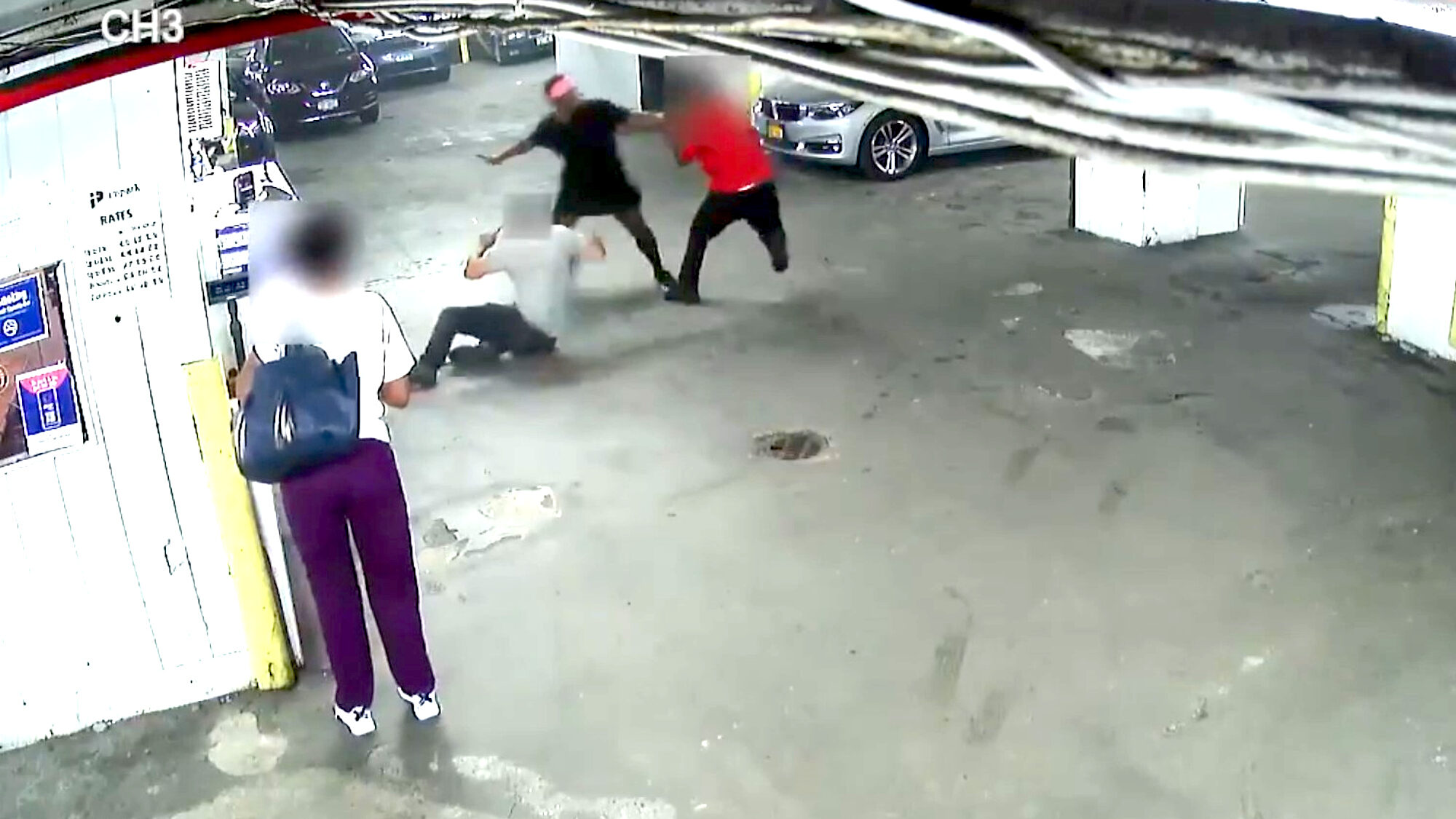 A crossdresser in New York City attacks a man who tried to interfere in an undated photo. (Newsflash)

A man wearing a dress, stockings and a pink sweatband on his head chased and stabbed a 52-year-old man several times in an underground parking garage in Greenwich Village, New York City police said.

The altercation occurred at mid-afternoon on Aug. 24 and was captured on closed-circuit television. The police released that footage in hopes obtaining the name and whereabouts of the attacker and are asking for the public’s help.

The video starts with the as-yet-unnamed victim fleeing his assailant, when he falls to the ground and is stabbed. A witness wearing a red shirt tries to stop the attack but is thwarted by the knife-wielding assailant. The victim manages to get on his knees, only to suffer another stab. He is finally able to stand up as the man in the red shirt helps him escape; the video then freezes to show a clear view of the suspect, who was subsequently seen fleeing west on 14th Street toward Fifth Avenue.

A police statement said the victim was stabbed multiple times in the neck and chest and taken to Bellevue Hospital, where he was initially listed in stable condition. His current status is unknown.

Police describe the assailant as a male between 20 to 30 years of age, 5-foot-11-inches tall and weighing 200 pounds. He is wearing a black dress, matching stockings and a pink bandanna. It’s unclear what started the argument that culminated in the attack.

Anyone with information on the attacker’s identity is asked to call the department’s Crime Stoppers Hotline at 1-800-577-TIPS (8477)  or by going to www.nypdcrimestoppers.com.  A tip that leads to an arrest and indictment is eligible for an award of up to $2,500.