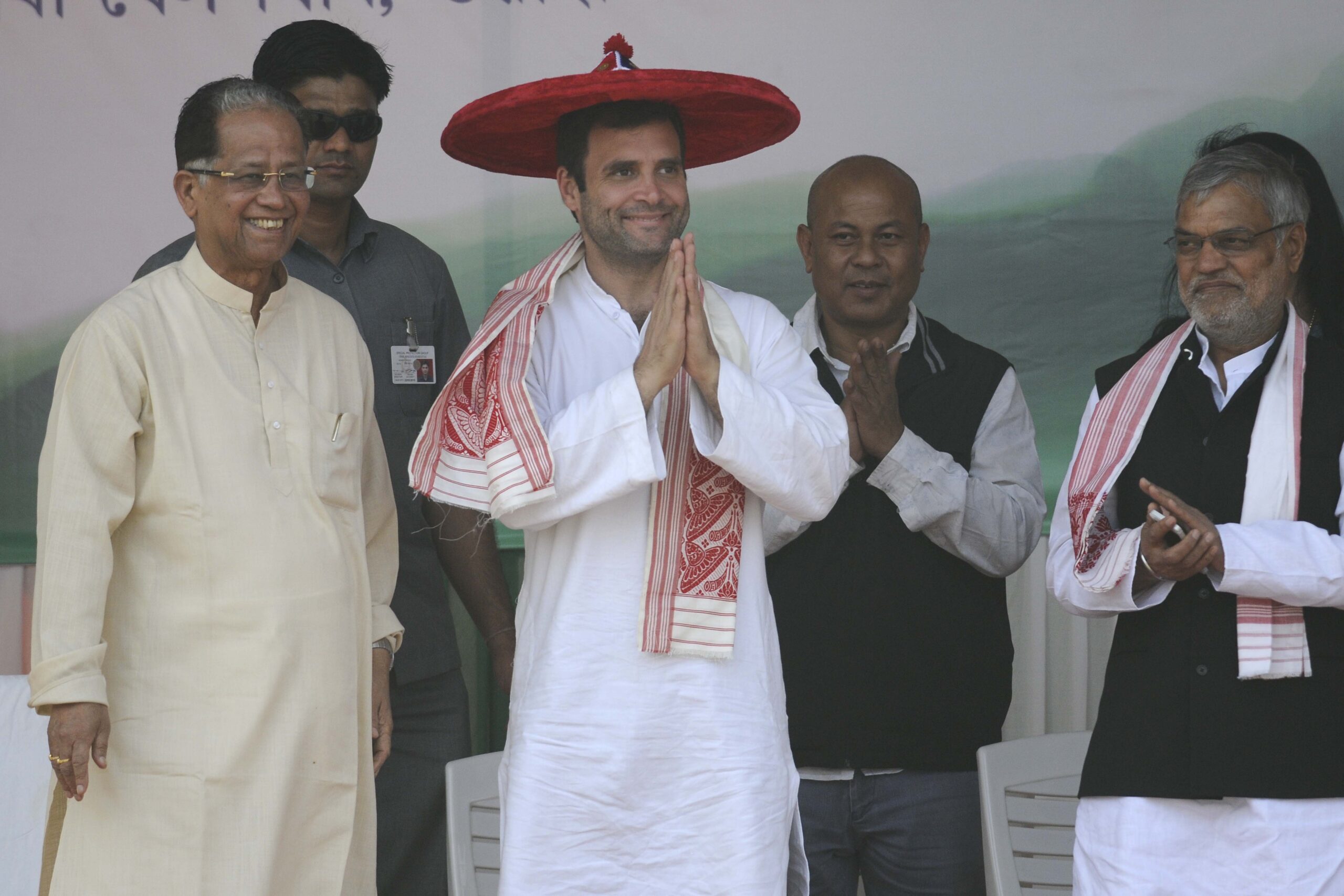 As prominent senior leaders call for a complete restructuring of the party, a burgeoning split between older and younger members has been revealed.

The crisis has been brewing for the past five to six years, said Zoya Hasan, professor emerita at the Centre for Political Studies at New Delhi’s Jawaharlal Nehru University.

“It is an unprecedented crisis in Congress’s history,” she said.

The party has been working without a full-time president since Rahul Gandhi resigned in July 2019, after Modi’s was reelected in a landslide for a second consecutive term three months earlier. Sonia Gandhi, Rahul’s mother who was the president of the party from 1998 to 2017, has been serving as interim president.

To be kind to those who are unkind to you; to know that life is fair, no matter how unfair you imagine it to be; to keep walking, no matter how dark the skies or fearsome the storm; .. 1/2 pic.twitter.com/pQpwFfTqIE

The party held a seven-hour meeting on Aug. 24 to try and resolve the leadership crisis. However, a day earlier, a letter was made public from 23 senior leaders, including former chief ministers and former cabinet members, to Sonia Gandhi seeking sweeping changes and acknowledging that the youth of the country had backed Modi.

Former Union minister Kapil Sibal and Member of Parliament Shashi Tharoor, both of whom were reportedly among those who signed the letter, did not respond to questions sent by Zenger News.

“If 23 senior leaders send a letter to a party’s president asking for complete restructuring, that itself indicates a serious crisis,” said political scientist Sanjay Kumar, who heads the Centre for the Study of Developing Societies, a New Delhi-based research institute.

Kumar said the letter laid bare the divide within the party.

“Younger leaders may still support Rahul Gandhi, some loyalists may also like him,” he said. “But events suggest there is a clear divide between the younger and older generations.”

The history of the party sheds some light on the situation it finds itself in today.

The Congress was founded in 1885 in Bombay (now Mumbai), comprising notable Indians and some Englishmen. Allan Octavian Hume, a retired English civil servant and one of the founding members, described it as a “safety valve” that would inform the colonial administration of the grievances of Indians.

Soon, however, the party became the principal organ of the independence movement and was transformed by Mahatma Gandhi into a formidable political force. After India gained independence from British rule in 1947, the Congress, led by Jawaharlal Nehru, was elected to power and continued to rule without interruption until 1977, when Prime Minister Indira Gandhi—Rahul Gandhi’s grandmother—was voted out of office.

She had declared a state of emergency in 1975, allowing her to rule by decree. During the 21-month period, the press was gagged and opposition leaders were jailed.

Indira Gandhi was returned to power in 1980 and served as prime minister until 1984, when she was assassinated by her bodyguards recruited by the Sikh separatist Khalistani movement. Her son (and Rahul Gandhi’s father), Rajiv Gandhi took office after his mother’s death until his assassination in 1991.

During Rajiv Gandhi’s tenure as prime minister, some reforms were initiated in transforming the country from a Soviet-inspired closed economy to a more liberal one, but the complete liberalization agenda was taken up by Rajiv Gandhi’s successor, Congress party member P.V. Narasimha Rao, who served as prime minister from 1991-1996.

Rajiv’s wife, Sonia Gandhi, was elected president of the party in 1998, leading the party to electoral victory in 2004. The party remained in power, with economist Manmohan Singh as prime minister until  2014, when his tenure ended after a series of corruption scandals and the election of Modi’s Bharatiya Janata Party.

Since then, the Congress party has found it difficult to stage a comeback.

“The opposition has been weakened because the Congress is deeply enmeshed in a leadership crisis,” said Hasan, of the Centre for Political Leadership.

Many believe that the Congress is the only party that can challenge the Bharatiya Janata Party’s hegemony at the national level. The party has an absolute majority of 303 among 543 seats in the Lok Sabha, the lower house of parliament.

“There can be no serious opposition to the BJP without the Congress,” said Hasan. “The regional parties cannot stand up to it.”

“This has long-term impacts on how democracy will function,” said Kumar.

While Rahul Gandhi’s performance as leader in elections has been patchy, many in the party still seem to support him and his family. At the Aug. 24 meeting of the Congress Working Committee, the party’s decision-making organ, it was decided that Sonia Gandhi would continue as interim president. It also authorized her to make organizational changes.

The election of a new party president is scheduled to take place in six months.

The ruling Bharatiya Janata Party and other parties have often attacked the Congress for perpetuating family rule.

The party may be headed to a split when it elects a new leader.

“Eventually, when the party comes to electing a president formally, I think that is the time when Congress would face a bigger crisis,” said Kumar.  “A split is imminent.”

Some of the parties born out of these splits have become regional behemoths.

“They may not help the party win elections, but the Gandhi surname has kept the flock together,” said Kumar.

In the Economist Intelligence Unit’s Democracy Index released in January, India dropped 10 places, to 51st out of 165 independent states and two territories. The report cited “erosion of civil liberties” in the country as among the main reason for the downturn.