Some managed to escape before the building fell in a ‘pancake collapse,’ trapping residents inside. 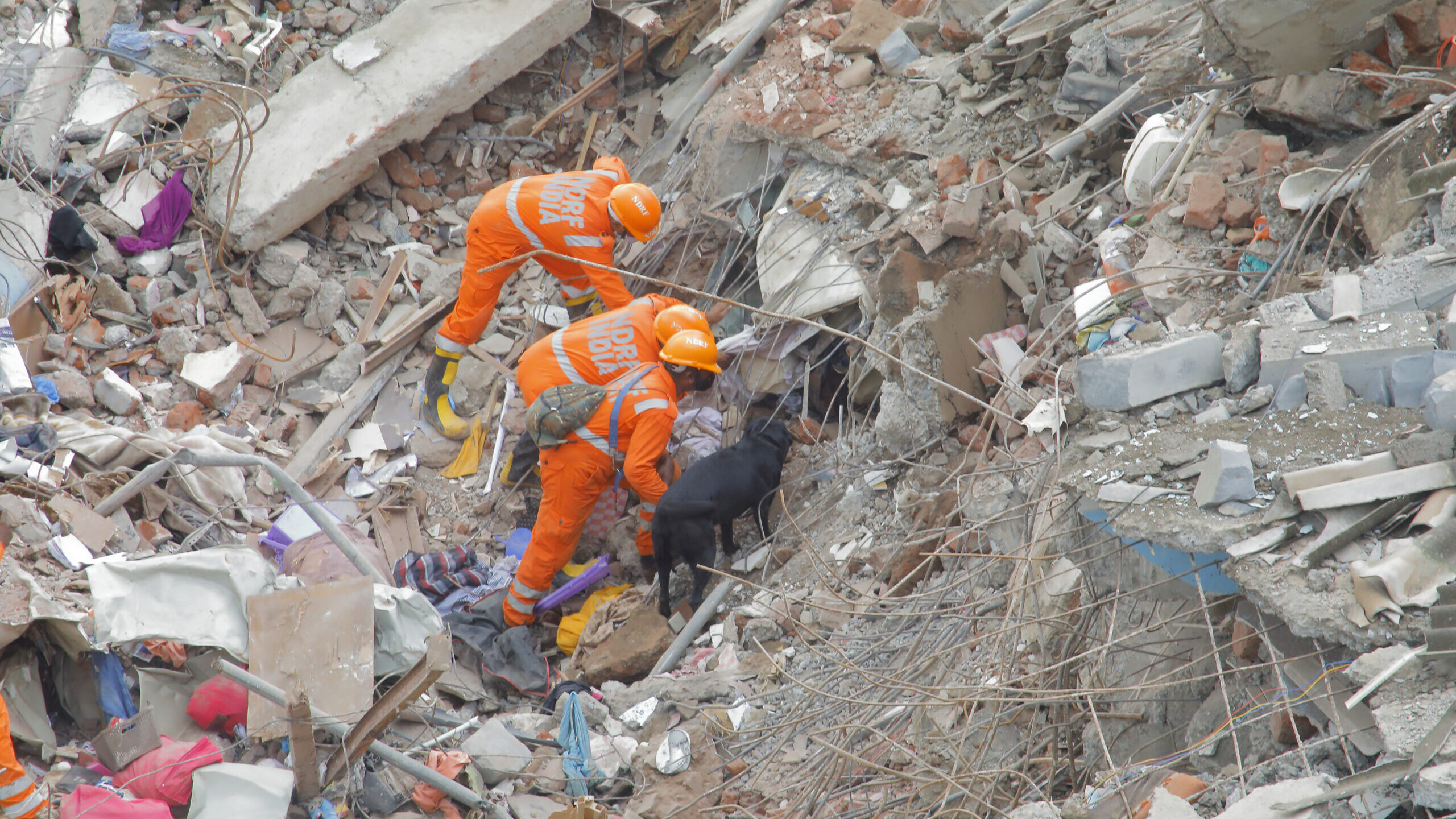 A rescue team with a search and rescue dog looks for survivors at the site where Tarique Garden, a 5 floor building, collapsed at Mahad in the Indian state of Maharashtra. (Subhash Sharma/Zenger)

MAHAD, India—A 4-year-old boy was rescued unharmed from the rubble 22 hours after an apartment building collapsed, killing at least 16 people in this western Indian town.

The five-story Tarique Garden building housed about 40 residents. So far, 78 people have been rescued.

Officials said the top three floors of the 10-year-old building fell on Aug. 25 in a way that experts describe as a “pancake building collapse,” in which the floors collapse into each other and debris is stacked on top like a pancake tower, making rescue operations very difficult.

Some residents managed to escape when the structure started shaking but before it came down a short time later. There have been newspaper reports that the building started developing cracks three years after it was constructed.

Seven excavators and heavy machines were seen clawing at the rubble throughout the night in an effort to find any survivors. By early the next morning, three teams from the National Disaster Response Force and three search and rescue dogs joined in the effort.

Intermittent rains disrupted the rescue operations, but in early afternoon, the dogs began circling an area of the rubble and rescue teams concentrated their excavation there. Hours later, the rescuers caught a glimpse of the little boy. Although he was crying, his only injuries appeared to be minor bruises. As news of the rescue spread, a crowd that had gathered started cheering.

Prime Minister Narendra Modi said Tuesday he was saddened by the incident.

“My thoughts are with the families of those who lost their dear ones. I pray the injured recover soon,” the statement released by the Prime Minister’s Office said.

Residents who managed to escape were seen pulling whatever belongings they could salvage — documents, valuables, religious books — out from the rubble.