Blow the Tanks: Sub Seized with One Ton of Cocaine Aboard off Colombian Coast

The navy nabbed three members of a Mexican drug cartel with a stash worth $35 million.
By Ana Lacasa August 26, 2020
Facebook
Twitter
Linkedin
Email 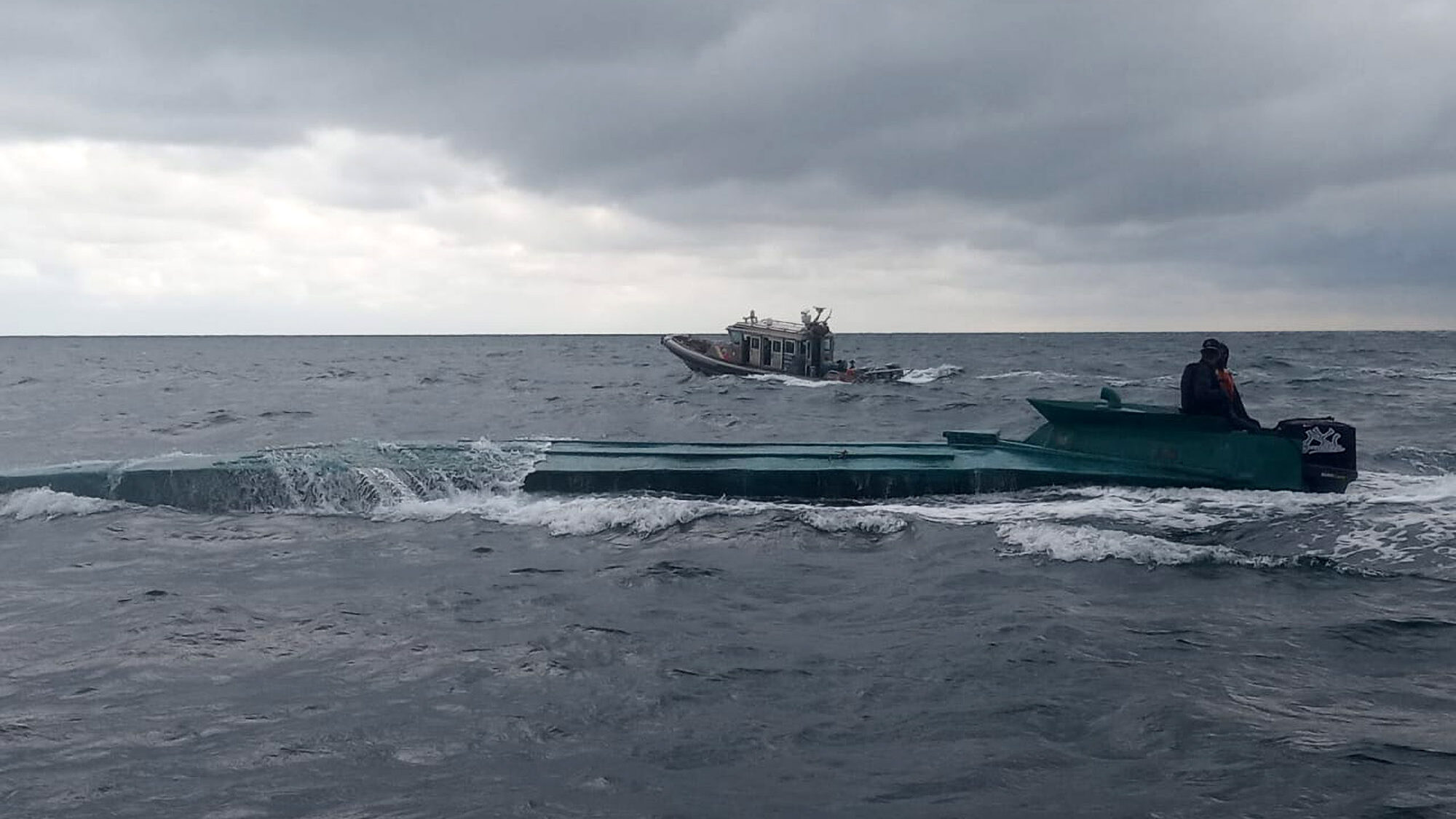 The submarine seized by Colombian authorities off the coast of Colombia. (Policia Colombia/Real Press)

NARINO, Colombia — A trio of Ecuadorans working for a major drug ring in Mexico have been busted in a submarine off the coast of Colombia. Authorities seized a ton of cocaine Sunday and three co-conspirators aboard a custom-built sub passing nearby.

The sub was nabbed in a joint operation between the Colombian police and Navy. Of the three Ecuadorans arrested, two are 24 and the other is 34, said Saray Ramirez, spokeswoman at the national police’s anti-drug unit. Their names have not been released.

Ramirez also said the cocaine was set to be sold to the Jalisco New Generation Cartel, one of Mexico’s highest-profile and dangerous cartels. The drop-off was supposed to take place somewhere on Mexico’s Pacific coast. Officials say the confiscated drugs would be worth about $35 million on the drug market.

The submarine was seized around 47 miles from the port of Tumaco on the Pacific, where it was initially detected moving at a high speed. The officers boarded the vessel and found 26 sacks containing 1,030 packs of cocaine weighing a total of about a ton.

As for the submarine itself, authorities set the submarine’s price tag at about $1.2 million. The vessel, capable of holding up to 3 tons of cocaine, was fitted with a GPS to help it reach its destination.

Authorities said that while much of the drug production in Narino had previously been carried out by the Sinaloa Cartel, which was formerly led by drug lord Joaquin “El Chapo” Guzman, that had now changed to the Jalisco New Generation Cartel. The drug was reportedly produced and trafficked by E-30, a dissident group from the Revolutionary Armed Forces of Colombia, or FARC, guerrillas who fought the Colombian Army for decades until a peace agreement in 2016.

Such sub-based seizures have become commonplace, with authorities reporting five similar busts this month in the same area. Indeed, according to a report issued last year by the International Crisis Group, drug-running is a major problem in the area. In the aftermath of the FARC peace deal mentioned above, “Colombia’s Pacific region has seen surges of both dissident guerrilla activity and drug-related crime,” said the group, whose goal is to seek ways to prevent wars and shape policies that will build a more peaceful world.