The Department of Justice has a grim warning of Beijing’s cyber-hacking and social media efforts to sway voters. 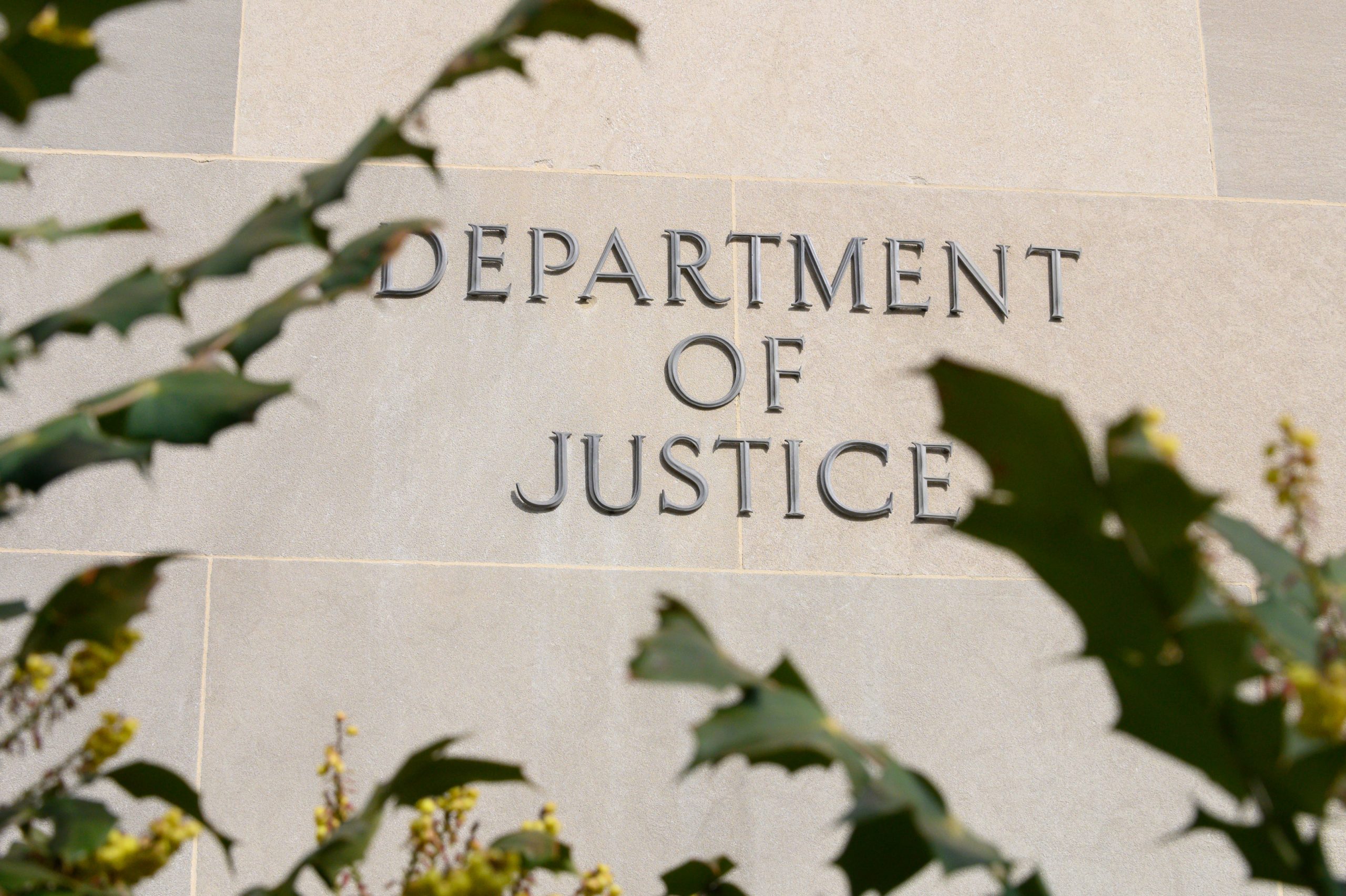 The exterior of the Department of Justice in Washington, D.C. is pictured on January 20, 2020. (Zach D Roberts/Zenger)

Americans may fall prey to China’s attempts to influence U.S. policy without even knowing it.

China’s efforts can be harder to detect than other U.S. adversaries attempts to disrupt American politics, a top U.S. Department of Justice official said Wednesday.

“Beijing’s methods are not always as blatant” as they used to be, Deputy Attorney General Jeffrey Rosen said. “The [People’s Republic of China] tactics are more subtle, more pernicious, more complex.”

“Beijing, for example, works relentlessly to co-opt seemingly independent middle men who can influence members of Congress on a host of policies,” he said at a virtual event hosted by the Center for Strategic & International Studies.

In general, malign foreign influence can take the form of disguised propaganda, pressuring people in power and hacking email accounts or phones.

The reliance on internet-based communication has created significant vulnerabilities for influence operations to be carried out and for their reach to be maximized, Rosen said.

“The internet, social media allow foreign actors to reach unprecedented numbers of Americans covertly, inexpensively and directly, without necessarily having to go through the traditional media, without even having to set foot on U.S. soil,” he said.

The Kremlin-backed Internet Research Agency used this tactic to interfere in the 2016 election by sowing discord online, according to a 2018 indictment.

Before the U.S. shut down China’s consulate in Houston, it was the forefront of covert foreign influence, John Demers, assistant attorney general for national security, said earlier this month. Demers declined to give more details about the covert influence, indicating that the information was classified.

Other top national security officials have also warned about foreign influence efforts in the American political process by China, Russia and Iran.

China has “been expanding its influence efforts” in the U.S. ahead of the 2020 presidential election, William Evanina, the director of the National Counterintelligence and Security Center, said in an Aug. 7 statement.

“China prefers that President Trump — whom Beijing sees as unpredictable — does not win reelection,” Evanina said.

Evanina did not allege China was attempting to hack the vote but said the country is working “to shape the policy environment in the United States, pressure political figures it views as opposed to China’s interests, and deflect and counter criticism of China.”

Iran is also seeking to undermine Trump and divide Americans before the 2020 elections because of the Trump administration’s pressure on Iran over its nuclear weapons program, he said.

Russia remains a threat, Evanina said, and is trying to “denigrate” Biden and “boost President Trump’s candidacy on social media and Russian television.”