An American Wood Duck sighting caused a flutter of excitement among Indian ornithologists. 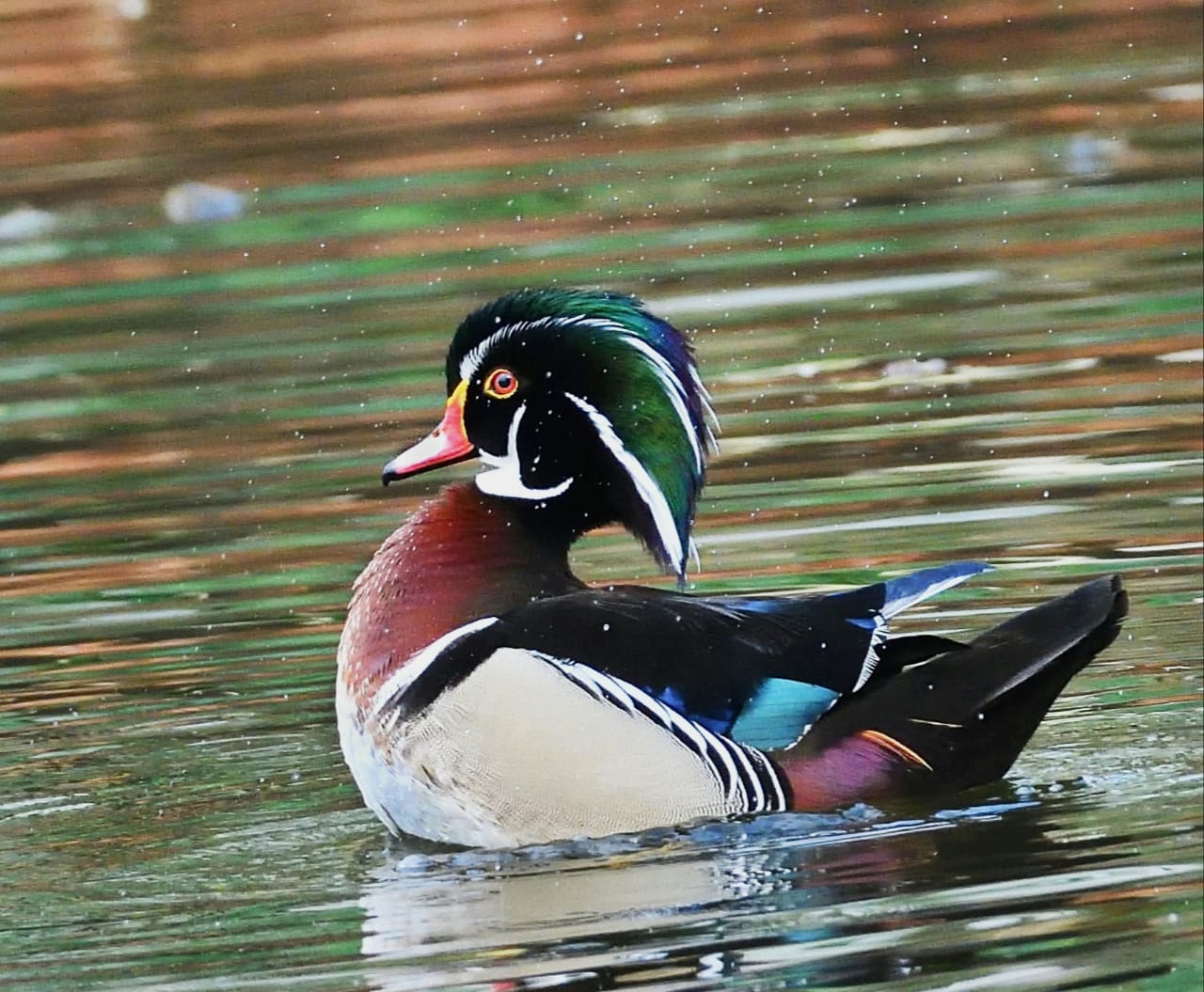 An American wood duck in an undated photograph in an unknown location. (Courtesy: Amitava Majumder)

KOLKATA, India—Kolkata, the metropolis in east India, has a rare American visitor that’s causing a flutter among residents: A wood duck.

The sudden appearance of the colorful waterfowl at a pond in Howrah, the industrial suburb of Kolkata, is a very unusual phenomenon, ornithologists say.

“My WhatsApp inbox is filled with pictures and videos of the bird,” said Biswajit Roy Choudhury, secretary of the Nature Environment Wildlife Society, a nongovernment conservation organization.

Found mostly in the United States, the American wood duck prefers swamps and forests close to wetlands. The male ducks are more colorful than the females.

These birds are not known to undertake long migratory passages and are commonly spotted on the Pacific coast. India and the United States are about 8,400 miles apart, so migration seems unlikely. That leaves only one possible option: The duck was released by someone or escaped someone’s private collection.

Illegal wildlife trade around the world is estimated to be valued at $19 billion, and India is among the top 20 sources of and destinations for exotic species. In June a man was arrested for allegedly trying to smuggle 22 exotic birds out of the country from the Kolkata airport.

Some migratory birds, however, have traveled on their own to Kolkata, especially during winter. These winged visitors have always piqued the curiosity of bird watchers in India in general and Bengalis in particular. The British-era Alipore Zoological Garden started from the private menagerie of British Governor-General of India Richard Wellesly in the 1800s, was built around a natural haunt of transcontinental migratory birds.

Every year more than 350 species of migratory birds arrive in the country. Of these, 175 take long routes in the Central Asian Flyway, according to information  in a past presentation to parliament from Prakash Javadekar, the current minister of Environment, Forest and Climate Change.

“This year migratory birds have started coming early as there is less pollution in the environment,” said Amalendu Chakrabarti, former dean of West Bengal University of Animal and Fishery Sciences. “Increase in pollution over the years meant many migratory birds are extinct and have stopped coming to India.”

Some of the rare bird species seen this year in the coastal areas of West Bengal — the state in eastern India — include the great frigatebird, lesser frigatebird, White-tailed tropicbird, Short-tailed shearwater, bridled tern and sooty tern.

“Bird watchers in coastal West Bengal have also spotted birds usually found in the deep ocean and coastal areas of Northeast Asia, which is a bit unusual. The terns stay relatively closer to the coast (though they are never seen inland). The Shearwaters stay farther away,” said Sarkar.

“Frigate birds and tropicbirds stay farthest away from the coast — right in the middle of the ocean. They breed in small islands surrounding Maldives, Mauritius and Christmas Island. Some were found exhausted and died soon after. Their diet and habitat differ significantly from the conditions here,” said Sarkar.

Amphan, a destructive cyclone that formed over the Bay of Bengal in May and hit West Bengal with peak wind speeds of 168 miles per hour, may have caused a large number of pelagic birds (that live near the surface of the sea) to have been blown to land masses, said Sarkar.

The depletion of grasslands and wetlands and rising pollution are key reasons behind the declining population of foreign birds in India.

“The decline in the number of migratory birds is attributed to various factors, including wetland reclamation, pollution of wetland through domestic sewage, hunting, trapping in the migratory routes, indiscriminate use of pesticides and fertilizers, reduction of habitat, climate change,” according to a report by the Asian Waterbird Census and coordinated by Wetlands International, as cited by Javedkar in his presentation to parliament.