Sri Lanka’s education dept. and office of woman and child services are now one. It may put moms and babies at risk of violence. 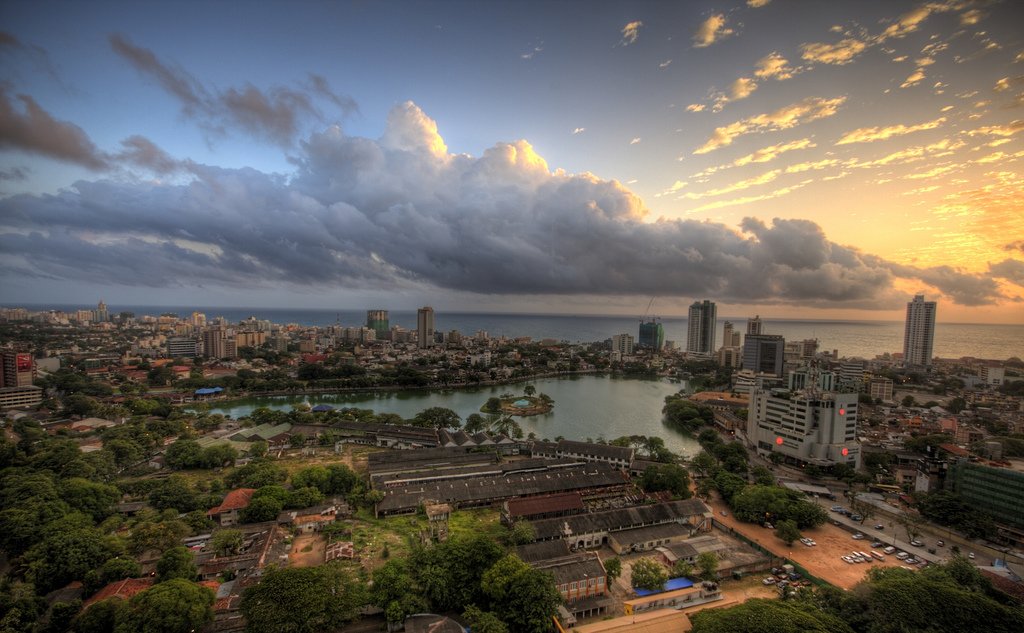 The Colombo, Sri Lanka skyline in an undated photograph. (Amila Tennakoon via Flickr)

COLOMBO, Sri Lanka—The recent move by the newly reelected government of Prime Minister Mahinda Rajapaksa to merge the Ministry of Women and Child Affairs and the Ministry of Education has not gone down well with activists.

“Higher rates of crime against women and child abuse are being reported,” said social activist and lawyer Ishara M. Jayasena, who practices at the Supreme Court. “It is unacceptable that the Women’s and Children’s Affairs Ministry is being merged with another. Considering the current situation, we cannot envisage that the new ministry will be able to deliver the services and ensure the protection of women and children.”

The government, however, seemed unconvinced that the Women and Child Affairs Ministry was necessary.

“What significant action did the ministry in all its years of existence take for the betterment of women?” said Sagara Kariyawasam, secretary-general of the country’s ruling party Sri Lanka Podujana Peramuna, speaking to Zenger News.

A spokesperson for the government said that the merger is meant to bring focus to women’s and children’s issues.

“We aim to give more emphasis to the subjects by keeping it under the purview of a state minister who is directly responsible for the affairs of women and children,” said Media and Information Minister Keheliya Rambukwella, the president’s spokesperson.

A cabinet ministry has 10 different subjects that would sometimes not be dealt with, he said. “Now that the Women and Children’s Affairs is under the state minister, it gets prioritized as he has only one particular task to perform.

“The state ministers are supposed to bring a proposal within the next three to six months on how things could improve in the ministry that they are handling.”

Sri Lanka, which has a poor track record in delivering services to women and children, dropped two positions in the 2019 global gender gap index, ranking 102 out of 153 nations, according to the World Economic Forum’s Global Gender Gap Report 2020. Also, the teenage fertility rate has increased in the past two decades from 27 to 36 per 1,000 women, according to a United Nations Development Program report published in 2017.

The reorganized ministry is headed by Sri Lanka’s Minister of Education G. L. Peiris, a former diplomat who studied at Oxford University on a prestigious Rhodes Scholarship. Women and child development will be under Piyal Nishantha De Silva, who is the state minister. Both are from the ruling party.

The first women’s bureau in the country was established in 1978 during President J. R. Jayewardene’s government. The Ministry of Women’s Affairs was established in 1997. One of the notable achievements of the ministry was implementing a 25 percent reservation for women in politics. The parliament in 2017 passed the Provincial Council Elections (Amendment) Bill to increase women’s participation in province-level politics.

While Sri Lanka elected the first woman in the world to be head of government, Sirimavo Bandaranaike, in 1960, women’s representation in politics has always lagged that of men. Women are also not adequately represented in other fields, particularly in economic affairs. Sri Lanka ranks No. 86 out of 162 countries in gender gap by country, according to the World Economic Forum’s report in 2018.

“I think the Sri Lankan people have a right to know the reason behind the government’s decision to merge the two ministries,” said Jayasena.

Countering the government’s claim that the ministry was not performing, Jayasena said its responsibilities included formulating policies and implementing programs and projects for women and children, among other things.

“This government does not want women in important positions,” said Priyadarshanie Ayirathne, a civil society activist and member of the United Nations Party. “The government feels women’s issues are a Western subject, best dealt with by nongovernment organizations. The Rajapaksas are highly masculine characters who nominate women for elections only to get women’s votes.”

“In the previous government, funds allocated to the ministry were so low that it could not employ any specialists,” said Ayirathne. “So the ministry was inefficient in performing most of its tasks.”

She also said few governments of Sri Lanka had paid heed to the ministry or made efforts to make it function properly.

“The merger is going to be ineffective,” said Ayirathne, adding that the Ministry of Women Affairs had been compromised when it was merged with Child Affairs in 2006. “The current merger is going to make matters even worse. Primary education and women’s affairs are very different and require varied policies. One ministry is not sufficient to deal with this.”

The merger of the ministries also means shuffling of staff. Activists are concerned this will mean disruption to ongoing projects, and that without a dedicated ministry, there will be less money for programs to uplift women.

“The two ministries will be sharing the funds,” said Ayirathne. “There will be very little for either.”