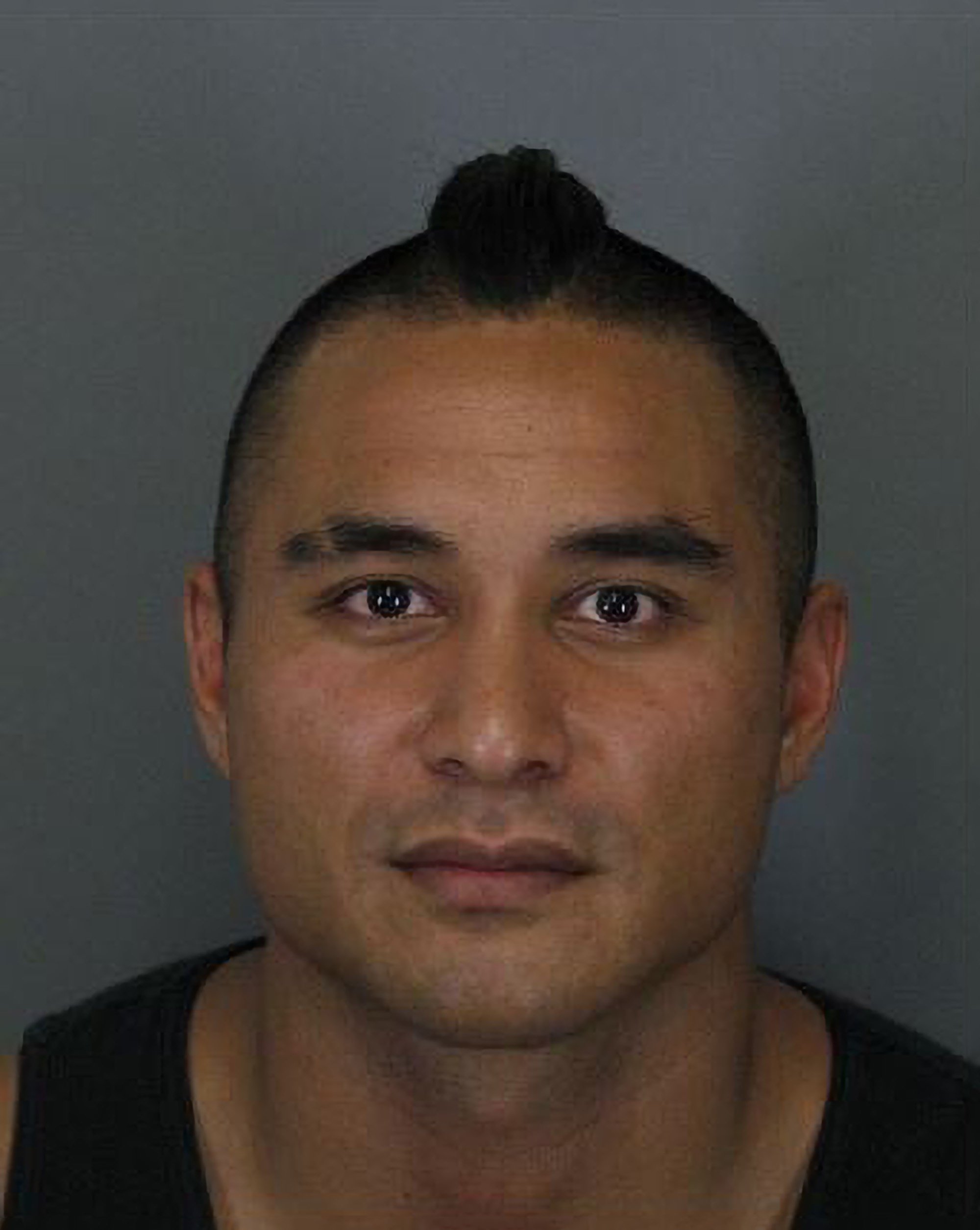 An undated photo Marco Kimo Aquino, the man shot by the officer, in an unknown location. (Newsflash)

A police officer in Lodi, California, found himself in a gun battle that ended with a suspect shot several times and taken into custody. Footage of the 5 a.m. shootout, caught on the bodycam of Lodi Police Department officer Joravar Atwal, was just released by authorities.

In the video captured on Nov. 5, Atwal is seen driving in his patrol car, responding to the scene to investigate a report of shots fired. He suddenly stops the car and exits by rolling onto the ground. Once on his feet, Atwal fires his weapon multiple times at the suspect and is heard ordering the shooter to drop his gun.

Atwal reloads his weapon and moves just off the rear of his car, firing his gun three times, after which the suspect can be heard screaming in pain. Informing his colleagues the suspect was “hit,” Atwal repeats the order to drop the weapon. The two exchange fire once more before the suspect apparently drops his weapon. Atwal, who was unhurt in the confrontation, holds the suspect at gunpoint, while officers from a second patrol car make the arrest.

Police later identified the shooter as Marco Aquino, 37, who suffered multiple non-fatal gunshot wounds. Police say he was armed with an assault rifle and a handgun. A motive for the initial reports of shots fired by Aquino was not released.

Aquino remains in custody at the San Joaquin County Jail, facing charges of attempted murder and gun violations. He is awaiting trial, but a court date has not been set.

Lodi, a town of about 68,000 in California’s Central Valley, is about 85 miles east of San Francisco.  The clash between Atwal and Aquino was one of 16 assaults on a Lodi police officer that year, according to the police department’s 2019 annual report. It also noted it was the only ambush attack.

The body cam Atwal used is becoming commonplace. The Bureau of Justice Statistics reported that by 2016, nearly half of the country’s 12,267 local police departments were using them. But given accusations of excessive police force by minority communities, various advocates and lawmakers have renewed a push for them.

However, they remain controversial in some quarters. Some police departments cite the costs; others claim a risk to officers. Some see an upside: Body cams help the police monitor a citizen’s behavior and have been used in prosecutions. A 2017 study in Washington, D.C., that examined more than 2,000 officers found body cameras had a negligible effect on officer behavior.