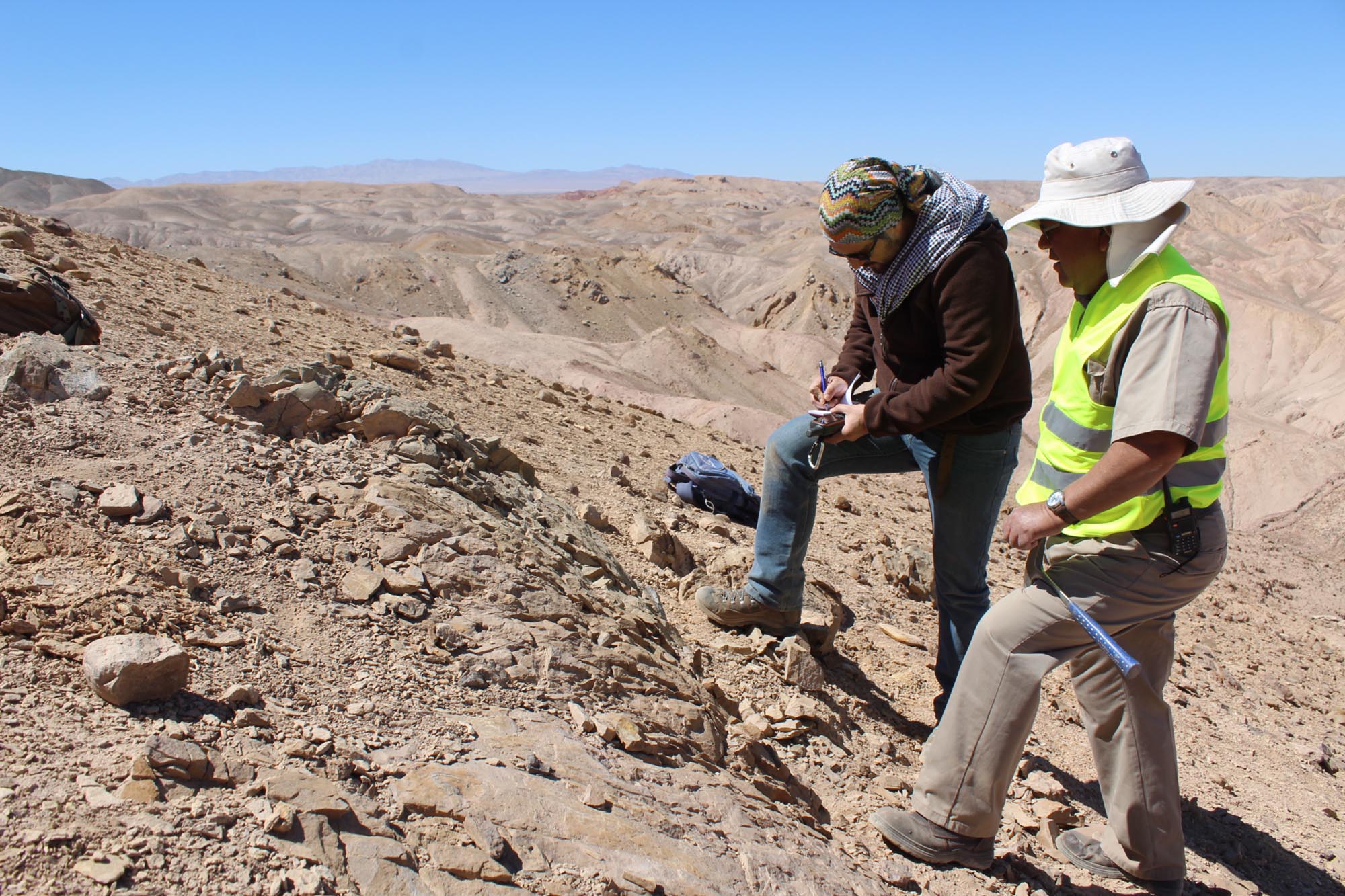 The surprise discovery of fossils from two dinosaur-related marine reptiles in the world’s driest desert provides new insights into Earth’s evolution, Chilean scientists say. Finding remains of these ancient sea snakes from the Jurassic Period in today’s Atacama Desert offer researchers important clues as to how the planet changes over long periods of time.

“We tend to think that places do not change,” said Rodrigo Otero, paleontologist and head of the Chilean research team. “We usually talk about climate change when we should be talking about climate dynamics.” The recent finds in the Atacama Desert are a demonstration of that.”

Today, the Atacama is the driest desert in the world. But 150 million years ago, it was a maritime basin, Otero notes.

“Territories change over time — and that is a fact we have to accept and learn to live with,” he said.

Climate dynamics are echoed by changes in animal life. Two examples of the so-called Plesiosauria, which inhabited the world 160 million years ago, have been identified for the first time in the Atacama Desert by a group of researchers from the University of Chile and the Museum of Natural and Cultural History of the Atacama Deser that is headed by Ortero.

“The most important thing this discovery tells us is what the geography was like at the end of the Jurassic Period,” he said.

Plesiosauria were closely related to and lived with dinosaurs; they are reptiles that inhabited the water around the same time the supercontinent Pangaea started breaking up into smaller units that became today’s continents. Corresponding Plesiosauria remains have been found in Cuba and Europe, but this is the first time they have been identified in Chile.

“This (discovery) means there was a kind of marine corridor between what today would be the North Atlantic and the South Pacific. This marine corridor was what would today be the Caribbean,” said Ortero. “At that time, in the Upper Jurassic, which is when these fossils are from, the separation of the continents had already begun. It was an important separation that allowed a marine corridor deep enough for these animals to pass through.”

Finding remains of Plesiosaurs in the Atacama Desert isn’t new. The first vertebra from that period was found in 1863 and discoveries increased in the 1970s. Until now, it was not possible to identify exactly what animal the fossils represented.

One fossil corresponds to Vinialesaurus, a marine reptile of about 4 meters (13 feet) that also lived in the Caribbean area. Before this investigation, the presence of Vinialesaurus was only known in Cuba. The other is the Muraenosaurus, 6 meters long, and from which the second-most-complete fossil in South America has been obtained.

The new study determined the remains of Muraenosaurus and Vinialesaurus that were found correspond to the Oxfordian, a Jurassic Period geological age that runs from 163 to 157 million years B.C.

The last Plesiosaurs became extinct around 66 million years ago, around the same time as the great dinosaurs. Dinosaurs can be traced directly to today’s birds; there is no direct linkage between Plesiosaurs and any animals living today. That made identifying Plesiosaur fossils a challenge.

What we do know: Both genus of Plesiosaurs were characterized by having skulls of about 30 centimeters (12 inches), with somewhat cylindrical neck vertebrae, robust bodies and fins of moderate length. They were marine reptiles of variable size, depending on the species. While the Muraenosaurus reached a length of 6 meters (20 feet), the extension of the Vinialesaurus would have reached about 4 meters, the scientists reported.

The Muraenosaurus is a well-known form in the Middle Jurassic of Europe, although scarce in the south. In fact, until now, only a fragmentary record of this genus was known in the Southern Hemisphere, specifically in Calovian rocks (166 to 163 million years ago) in Argentina.

When these Plesiosaurs lived, part of the territory that is now northern Chile was part of the supercontinent Gondwana, while another part was submerged in the ocean. A large area of modern Chile corresponded to a wide marine basin that reached Argentina.

In addition to providing a snapshot of how and when the breakup of Pangaea into Gondwana and Eurasia happened, the discovery supplies important information about how the fauna developed from the Jurassic Period up until today, Otero said.

But he underscores a more critical finding: Earth is not static.

“The human being can accelerate the process of change, but the changes are going to happen anyway,” he said.