Starting at a Black Newspaper, Dana White Is the First Black Woman to Run Comms at a Major Automaker 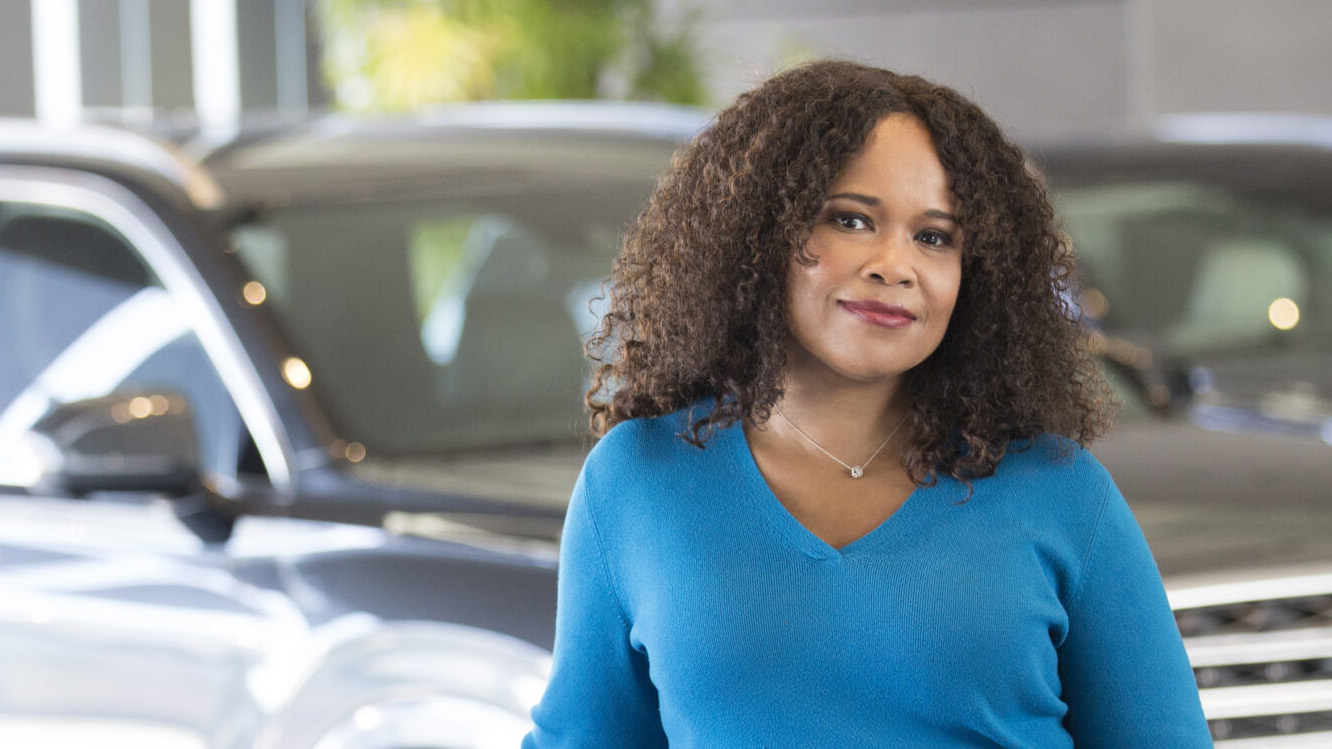 As Hyundai North America’s first black chief communications officer, Dana W. White knows what it is like to have two feet in two worlds.

“Growing up I always knew about the power of communication, the power of words,” she said, talking about her childhood in Charlottesville, Virginia. “My grandfather, who was born in 1896, founded the oldest black newspaper in the state. I used to cut ad sheets every month and write copy and process black-and-white photos [at the paper]. The entrepreneurial spirit runs deep in me and my family.”

While the weekly black newspaper, the Charlottesville-Albemarle Tribune, is gone, the family’s entrepreneurial spirit lives on. “The environment I grew up in, my family, was that there was never just a pot of gold waiting for me at the end of the tunnel,” she said. “It’s in my DNA – to make it happen for yourself.”

Dr. Ben Chavis runs the trade group for African American newspaper publishers. “The National Newspapers Publishers Association salutes Hyundai for its decision to elevate an African-American woman leader to the position of Chief Communications Officer. In this year where the focus is on the empowerment of all women, Dana White represents and embodies the best of Black America,” he told Zenger News of White.

Dana White is no relation to the Ultimate Fighting Championship president with the same name.

She studied hard in college, taking the toughest courses on purpose even if they were scheduled early in the morning and required long walks across Chicago wind-chilled campus. Those courses included learning to read, write and speak Mandarin, the mostly widely used of the Chinese-language dialects. She majored in Chinese history at the University of Chicago.

White thought hard about her choices in what to study; she didn’t just take the most popular courses or the easiest ones to earn a top grade. Of course, she said there are no “easy” courses at the University of Chicago, which competes with the Ivy League for students. “At the time, nobody was thinking about China,” she said. “Everyone was terrified that Japan was taking over the world, but no one was thinking about this country of one billion people that was just sitting there, very quiet. I wanted to make sure I’d be employable for the next 50 years, find something that was valuable for the future. So, I decided to study Mandarin.”

She applied for scholarships to study in China’s capital, Beijing, and later in South Korea’s capital, Seoul. This on-the-ground experience would later prove pivotal in her career.

“I think it’s fascinating, working as a Black American within different cultures. In fact, sometimes I think it’s an advantage as I experience my home culture differently and therefore I think I’m much more observant and intrigued by people, their language and traditions. It’s helpful in translating best practices and communications,” she said. “Communication isn’t just about the literal words themselves, it’s about the feeling, impressions and the image you convey or defy.”

After college, she moved to Washington, DC without a job and worked as an intern and a temp to pay the bills while she applied for jobs on Capitol Hill.

The Republican committee for all GOP lawmakers, then chaired by Rep. J.C. Watts, the only Black Republican serving in Congress, was the first to call her back. She went on to take a series of jobs in government and in media, often working as the only black woman in the room. She accepted a job as deputy press secretary for the House Republican Conference, where she worked for two years until 2000.

Then she joined the public relations team at Fox News for a year in 2000. Later she worked at the Heritage Foundation, a think tank on Capitol Hill that is influential among Republicans.

“I was director of the Heritage Foundation’s roundtable for Asia-Pacific journalists, which was comprised of foreign correspondents from outlets such as The Nikkei and Asahi Shimbun and Chosun Ilbo.” she said. “I was working with more than 400 different journalists from across Asia.” Her study in Chinese language and Asian culture had made her stand out. Her careful preparation was paying off in unexpected ways. “At Heritage, I met some wonderful reporters from Taiwan, Japan and Korea. It was so beneficial when I did my first stint at the Pentagon on the China Desk, then at Nissan and now Hyundai.”

Her studies and experience soon took her back to the federal government. President George W. Bush named her Taiwan Country Director at the Defense department.

She returned to the private sector as an editor in the arts and culture section of The Wall Street Journal, the nation’s most widely read newspaper, and lived in Hong Kong. 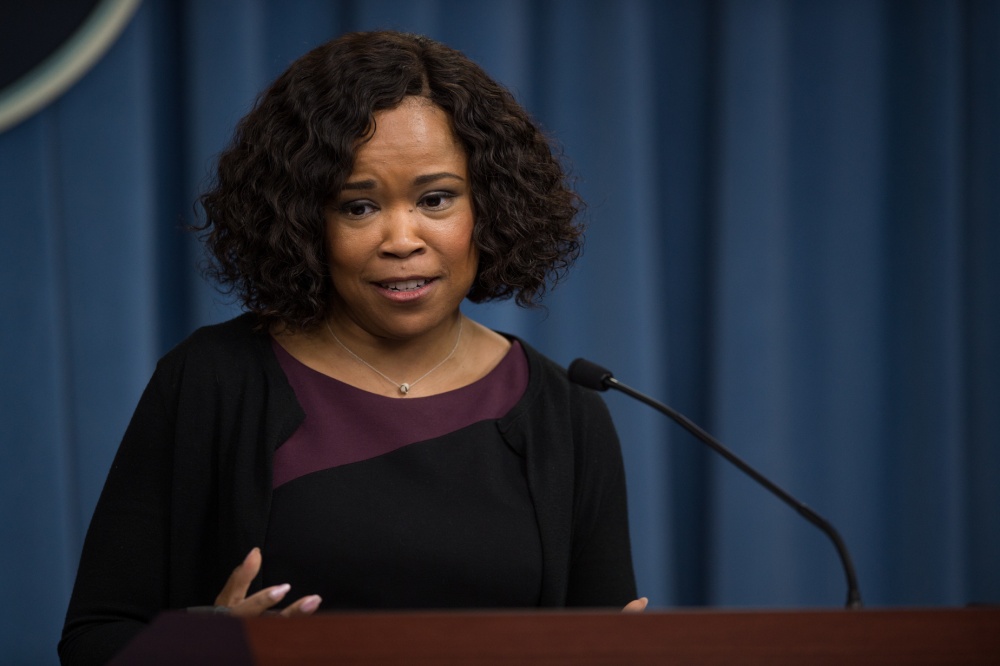 Next, she was tapped as director of policy and strategic communications for the Renault–Nissan Alliance, a joint venture of the French and Japanese auto makers. They needed someone who understood both media and Asia, and she was one of the few that fit the bill. She soon became fluent in French and worked from Renault’s Paris headquarters. Still, she never forgot her roots, often phoning her mother—who was born and raised in a small black enclave in north Philadelphia—and then living in northern Virginia’s ever-spreading suburbs.

She returned from Paris in 2015 and started her own public relations firm 1055 Grady, named in honor of her grandfather’s address in Charlottesville, where she was first inspired to be an entrepreneur. Back in Washington, DC, she was tapped by the Trump campaign to help with their strategic communications. Shortly after Donald J. Trump was sworn in, she was asked about taking a high-profile spot back at the Pentagon. Her earlier stint at the Defense Department along with her knowledge and contacts in U.S. and foreign media perfectly positioned her to take the top spot as head of public affairs for the Defense Department. She was sworn in as Assistant to the Secretary of Defense for Public Affairs and Chief Pentagon Spokesperson on April 7, 2017.

It was also the same day the U.S. sent cruise missiles to strike Syria in response to its chemical-weapons attacks. Nearly one year to the day, she would go before the world to brief the U.S. strikes on Syria in response to another chemical attack. She became the first black person to hold that prestigious post.

She reported directly to then-Defense Secretary James Mattis. When he resigned in 2018, she followed the same day. “I left DoD alongside Mattis because I believe in his integrity,” she said.

Mattis differed with President Trump on matters ranging from pulling troops out of Syria and Afghanistan to withdrawal from the Iran nuclear deal.

Now Dana White runs North American communications for Hyundai Motor Company, a South Korean car maker that builds more than half of its vehicles at its plant in Alabama and employs some 25,000 people in the United States. She joined the Zenger News advisory board in 2019. 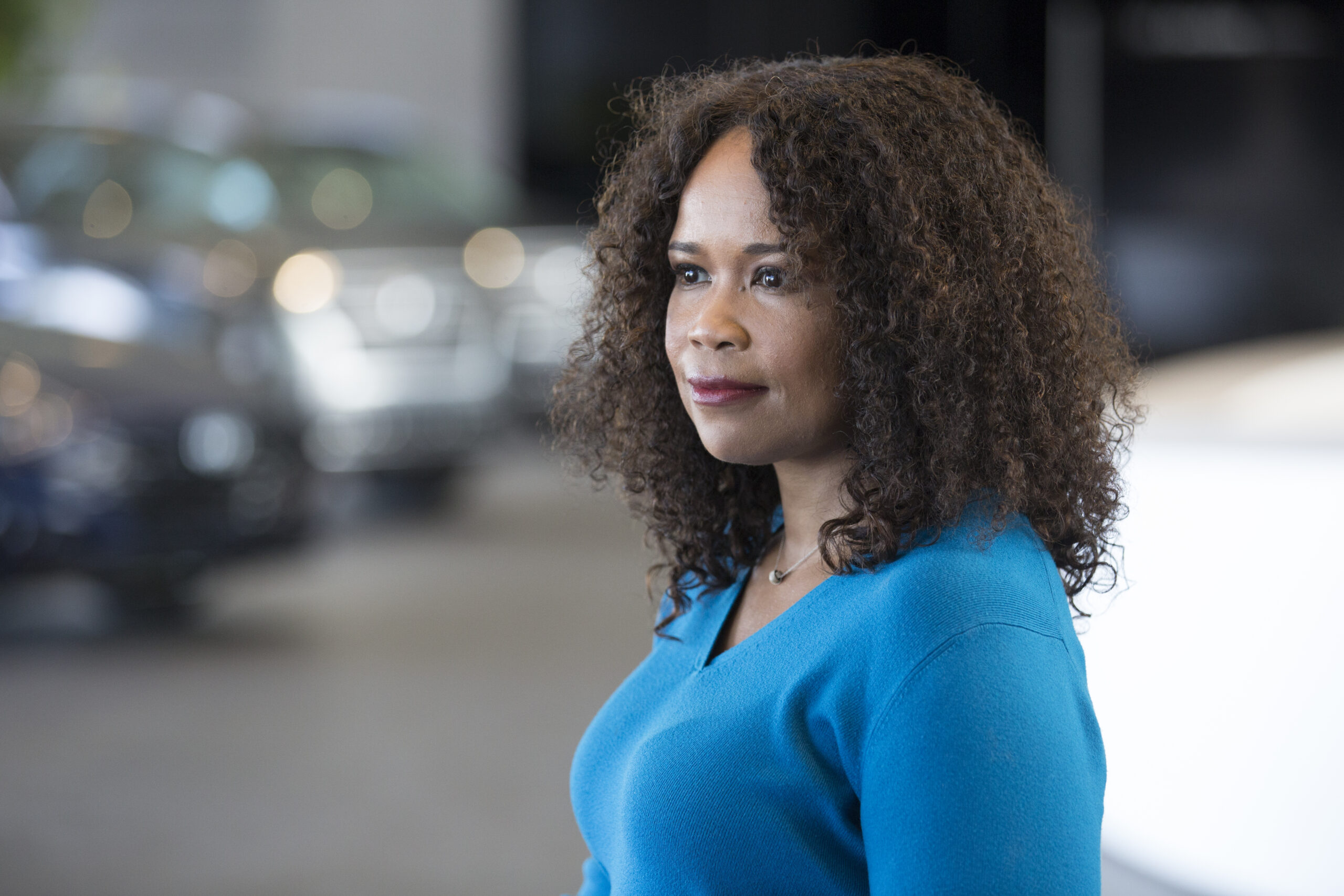 “When I joined Hyundai a year ago, I knew I needed someone who understood decision making at the highest levels, storytelling and how to work across cultures seamlessly to deliver results. So, I called Dana,” said Jose Munoz, Global COO of Hyundai Motor Company and Pres. & CEO of Hyundai Motor North America. “It’s rare to find one person with all the skills, talents and experiences that she has. And she has proven track record of success. In few short months, Dana has already made a big difference in how we operate, communicate and tell the Hyundai story.”

Ultimately for White, she said her passions are education, excellence and empowerment. “I can still hear my grandfather’s gruff voice saying, ‘Mouse, I want you to be a smart little girl. Learn everything you can.’ I think about everything he survived, all the limits placed on his life and how if he could see me now—a man who proud to put pictures of my nursery school graduation in the paper—I know he’d say…’So, Mouse…what’s next?’”

Her father, Sherman R. White, graduated from Charlottesville’s segregated schools was also plaintiff in the desegregation of Charlottesville schools.  He attended Howard University at 16 years-old and later pledged the Alpha Phi Alpha fraternity.  At Howard, he met her and married her mother Agnes Cross, who was from Philadelphia. Her father was an AME minister and her mother one the first blacks to secure a civil service job in the state of Pennsylvania.

Her cousin Cheryl was the President of the local Williamsburg chapter of Alpha Kappa Alpha. In high school, Dana was awarded a merit scholarship from the University of Virginia Chapter of Delta Sigma Theta. And her older brother is a graduate of Hampton University

“The thing about me is that I’m propelled by history and obsessed with the future. I’m passionate about ideas and a mission. I want to see people move forward—know their past and explore their future,” she said. “It’s in my family—this spirit of perseverance. I feel like they handed me a baton. They ran hard and ran fast. They carried the baton as far as they could go. Now, it’s my turn to run faster and farther and pass the baton to the next generation. I say, ‘When you stand on the shoulders of slaves, there’s no slouching.’”