The big cat was rescued by Brazilian wildlife experts and is recovering in a veterinary center.
By Joseph Sexton August 25, 2020
Facebook
Twitter
Linkedin
Email 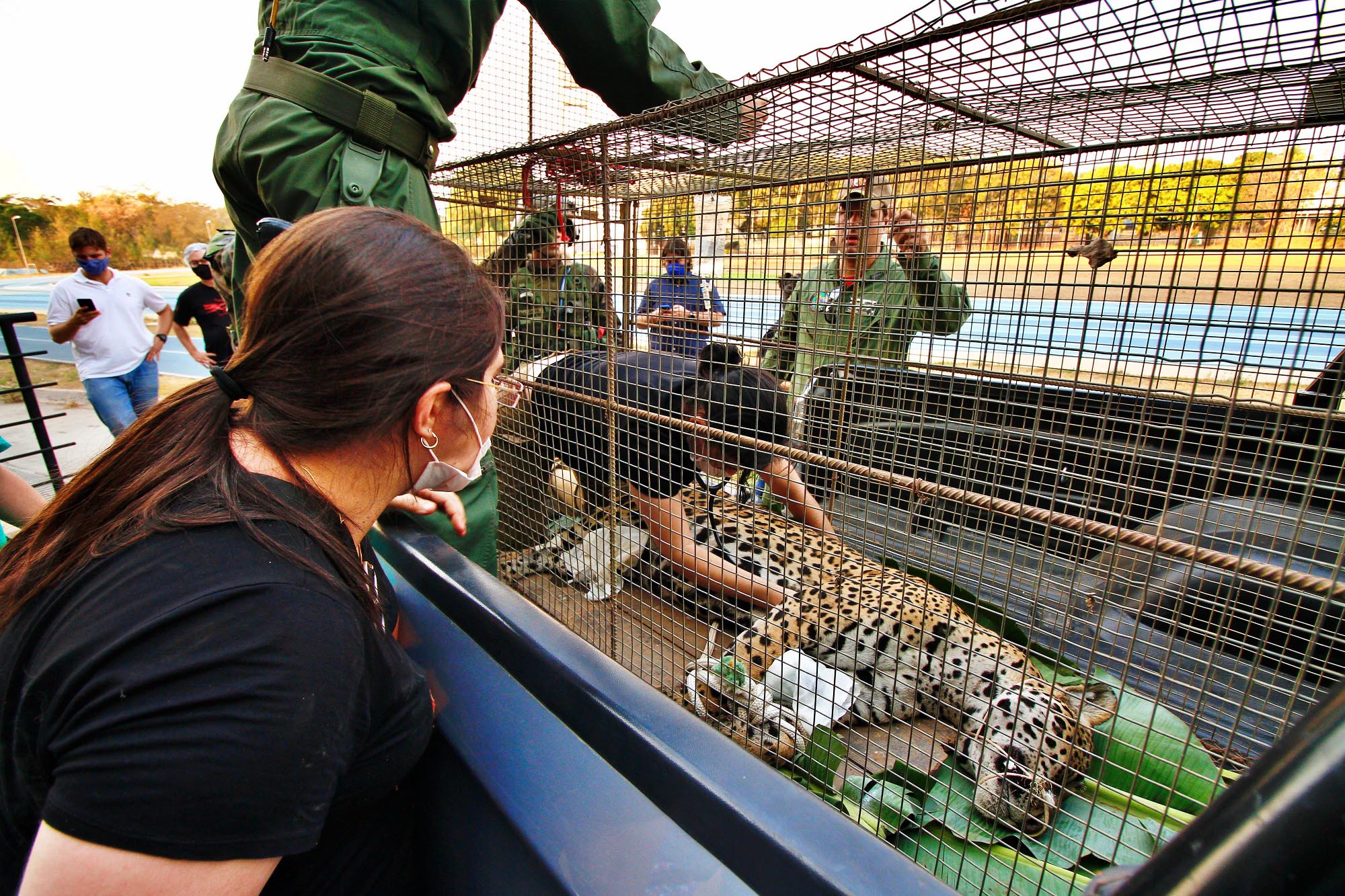 The jaguar in the cage. (Willian Gomes, Secomm UFMT/Real Press)

A jaguar that began seeking shelter in populated areas after its nearby habitat in western Brazil was ravaged by fire has been evacuated from the area and taken to a veterinary hospital for treatment. The animal was severely dehydrated, had third-degree burns on its legs, and was also suffering from possible smoke inhalation and kidney damage.

Rescuers caught the big cat on Aug. 17 in the town of Pocone and evacuated it from the scene by a helicopter. The jaguar was first taken to a nearby triage center for animals injured by the fire, but given the severity of its injuries, was sedated and flown some 65 miles in a military plane to the veterinary hospital Federal University of Mato Grosso in Cuiaba.

“The animal’s life is still in danger, but our team is doing everything possible to help it,” said Andre Faust, the university’s communications director told Zenger News earlier this week. “I know it was looking for shelter from the fire and tried to hide inside a shed that belonged to a family that lives near Transpantaneira, in the city of Pocone.” What will happen next to the cat is not yet known.

Jaguars such as the one captured in Pantanal are the largest cats in the Americas, clocking in at as much as 2.5 feet tall at the shoulder and with a body as long as 6 feet — plus a 3-foot tail—and weighing as much as 300 pounds. Panthera.org, which tracks the animals’ status, reports that while jaguar populations are abundant in some areas, “this wild cat is threatened by hunting, deforestation and loss of wild prey.”

The animal rescue from the extensive and recurring fires in the Pantanal wetlands involve the local fire department, the State Secretariat for the Environment, the Federal University of Mato Grosso, the Brazilian Air Force, the Chico Mendes Institute for Biodiversity Conservation, and area residents.