The rare doves were sent to the Philippines for release into the wild. 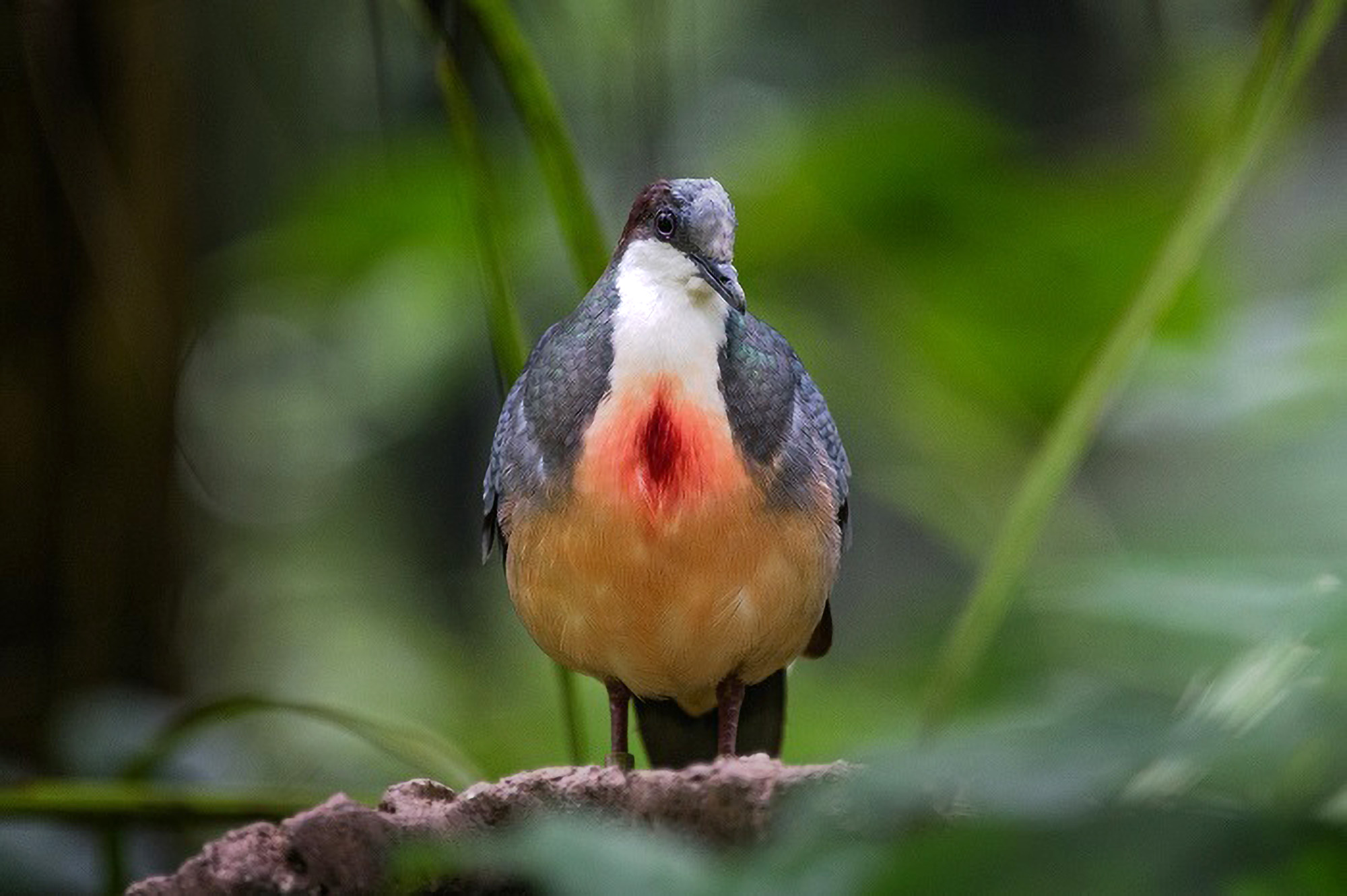 The Luzon bleeding-heart doves that are endemic to the Philippines, have made their way back home. (Wildlife Reserves Singapore/Newsflash)

A conservation effort to breed rare birds known as bleeding-heart doves is being hailed as a success.

The 10 birds that were repatriated to the Philippines on Aug. 20 were housed in crates and made the four-hour flight on a transport plane. Prior to that, they had been quarantined for a month and put through a variety of health checks. After another month’s quarantine in their new home, they will be released back into the wild in a protected area on their native Luzon, the largest island in the Philippines.

The handover was made official when the Filipino ambassador to Singapore, Joseph del Mar Yap, received the birds from park officials.

Luis Neves, director of zoology at the Wildlife Reserves Singapore, said: “This repatriation demonstrates the critical role that zoological institutions play in the conservation of threatened species, and we are proud to play our part. Under human care, we provide the animals with a safe environment, alongside high standards of care, welfare and world-class healthcare, to establish and propagate assurance colonies.”

The ultimate goal, Neves adds, is “to be able to help strengthen populations in the wild when there is a need for it. This is just the beginning because we hope there will be many more reintroductions to come.”

The dove – whose name is derived from what appears to be a bleeding red heart on its white breast plumage — is a popular pet, which makes it a target of poachers. Coupled with a loss of habitat, the Luzon dove has a “near-threatened” status in the International Union for Conservation of Nature’s Red List.

The birds avoid human contact and spend most of their time feeding on the ground in the rain forests of central and southern Luzon, as well as in the nearby Polilo Islands in the Philippines. In addition to the Luzon birds sent back to their natural habitat, there are four other species of bleeding-heart doves, three of which are on  environmental groups’ “critically endangered” lists. Though widely held to be undergoing a population decrease, their total numbers are not known, in large part because of their aversion to being seen.