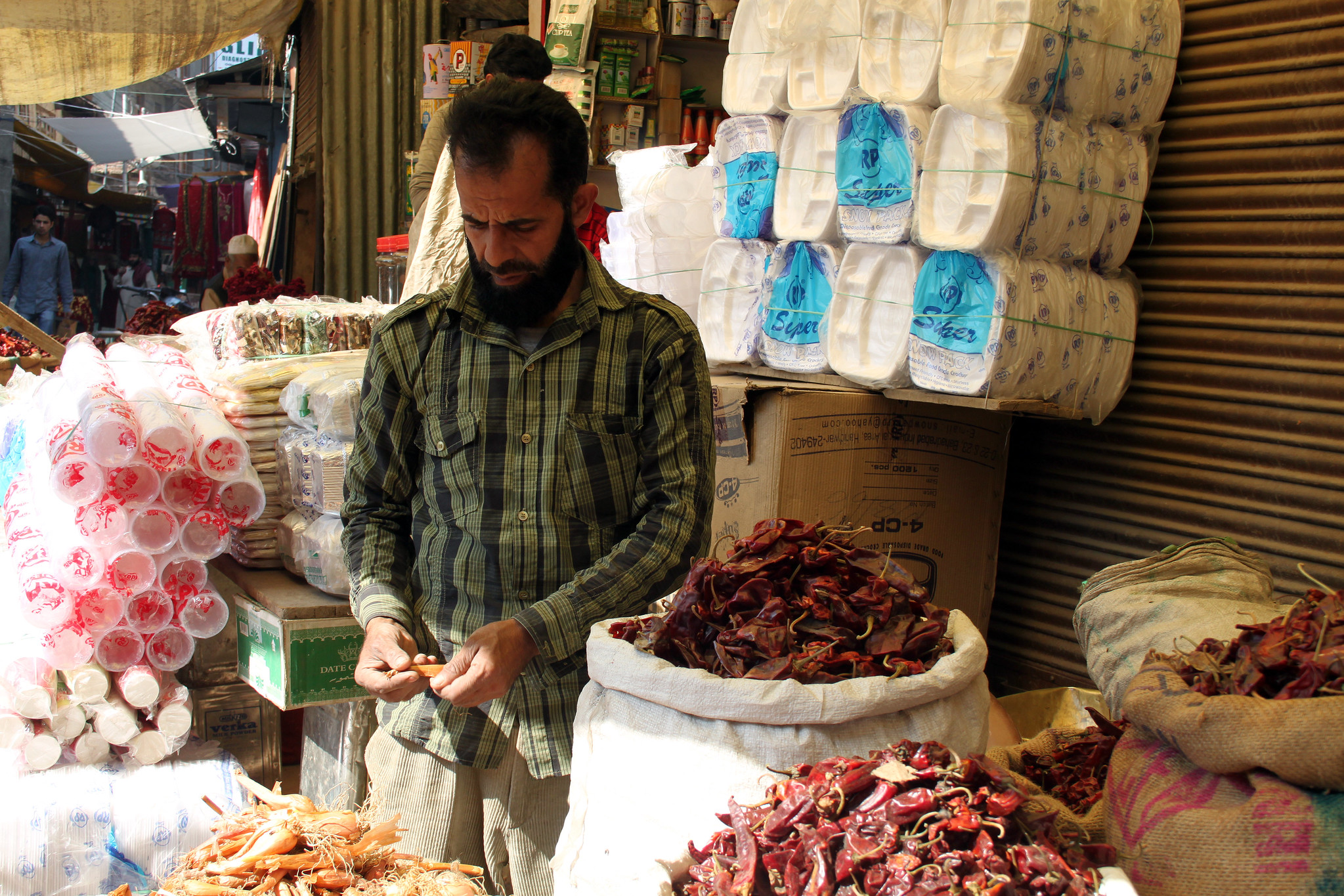 A street vendor works in Kashmir. (Flowcomm via Flickr)

A video of a speech circulating on messaging apps and social media accusing diplomats of “staying in leisure hotels and dressing in three-piece suits” rather than helping Kashmir has fueled angry accusations and dispute among political officials in Pakistan.

Pakistan’s minister for human rights Shireen Mazari said Pakistan’s minister of foreign affairs, Shah Mahmood Qureshi, and his diplomats have failed to do enough on the world stage to draw attention to the plight of the Kashmir region during the Aug. 15 speech at a seminar in Islamabad organized by a youth group

“Had our diplomats chosen to spend time other than staying in leisure hotels and dressing in three-piece suits, the Kashmir issue would have been effectively internationalized,” Mazari said in the video. “In this age of social media platforms, merely making a speech once in a while is not enough.”

“The PM had highlighted the Kashmir issue,” Mazari said in the video. “Had our foreign office and the institutions that make policies on Kashmir taken it up, the situation would have changed today.”

India’s government last year removed Kashmir’s autonomy, which had been permitted under Article 370 . The territory has been fought over by India and Pakistan, both of which possess nuclear weapons.

Article 370 of India’s constitution had allowed the primarily Muslim territory to make its own decisions on all matters except defense, communications and foreign affairs. India abruptly revoked the region’s autonomy last year, dissolving the government and dividing the state of Jammu and Kashmir into two territories. Jammu and Kashmir will have its own state legislature, while Ladakh will be controlled from New Delhi.

Sherry Rehman, vice president of the opposition Pakistan Peoples Party, said Mazari’s remarks raised doubts about whether the government could forge any effective policy in Kashmir.

“How can a government with no cohesion in its own Cabinet instill confidence in Pakistan’s policies abroad?” Rehman tweeted.

Mazari’s “questioning of the foreign policy points to an unfortunate rift in the Cabinet,” Rehman tweeted.

The ruling Pakistan Tehreek-e-Insaf party issued statements saying there is no rift in the government.

Before revoking Article 370, India sent thousands of additional troops to the disputed region, shut down telecommunications and internet access, imposed a crippling curfew and arrested political leaders. Kashmir has been roiled by an armed separatist movement since the 1990s, and India’s army has been accused of human-rights abuses in the region, including killings, rapes and disappearances.

India’s actions drew condemnation from the international community. Human-rights organizations such as Amnesty International called on the United Nations Security Council to intervene.

Response from Muslim nations has been muted, and Pakistan has failed to shore up support among the Organization of Islamic States.

In September last year, Pakistan failed to submit a draft resolution over the Kashmir issue at the United Nations Human Rights Council because it could not muster the requisite 15 votes to back its resolution.

Ten days after the abrogation of Article 370 by India’s government, Pakistan asked the United Nations Security Council to discuss the matter. The proposal was supported by China, but no statement followed the meeting.

China has developed close relations with Pakistan during the past decade. China’s biggest investment in Pakistan has been the $62 billion China-Pakistan Economic Corridor, which links China to the Middle East and Africa via its connection to the 807-mile-long Karakoram Highway.

For Pakistan, the corridor has become a massive opportunity for economic growth and infrastructure.

The corridor also passes through Gilgit-Baltistan, a region that has also been the subject of dispute between India and Pakistan.

The United States has called upon India and Pakistan to maintain peace and stability. It did not condemn India’s actions on Kashmir.

Senior Russian diplomat Dmitry Polyanskiy tweeted: “UNSC discussed Kashmir in closed consultations. Russia firmly stands for the normalization of relations between India and Pakistan. We hope that the differences between them will be settled through bilateral efforts based on the 1972 Simla Agreement and the 1999 Lahore Declaration.”

Kashmir has been discussed twice more at the Security Council. There has been no statement issued.

After the latest Security Council meeting on Aug. 6, India’s United Nations Ambassador T.S. Tirumurti tweeted: “Another attempt by Pakistan fails! In today’s meeting of the UN Security Council which was closed, informal, not recorded and without any outcome, almost all countries underlined that J&K was a bilateral issue and did not deserve the time and attention of the council.”

During her speech that circulated on social media, Mazari criticized Qureshi by asking if diplomats of Burkina Faso had more clout than their Pakistani counterparts.

“It (Burkina Faso) managed to get a resolution passed by the United Nations Human Rights Council (UNHRC) against police brutality in the United States in the wake of protests against George Floyd’s murder,” she said.

Mosharraf Zaidi, a journalist and former principal adviser to former Pakistani foreign minister Hina Rabbani Khar, said Mazari had not critiqued any government policy but instead had criticized individuals.

“Did she criticize the Kashmir policy of the government? No,” Zaidi told Zenger News. “Did she criticize individuals? Yes. If Mazari felt she had a better policy than the current one, she should take it to the prime minister. She should not be criticizing individuals at the foreign office—and that, too, in public.”