A giant whale shark was illegally caught and cut up at a dock in Mumbai.
By Jyoti Shelar August 24, 2020
Facebook
Twitter
Linkedin
Email 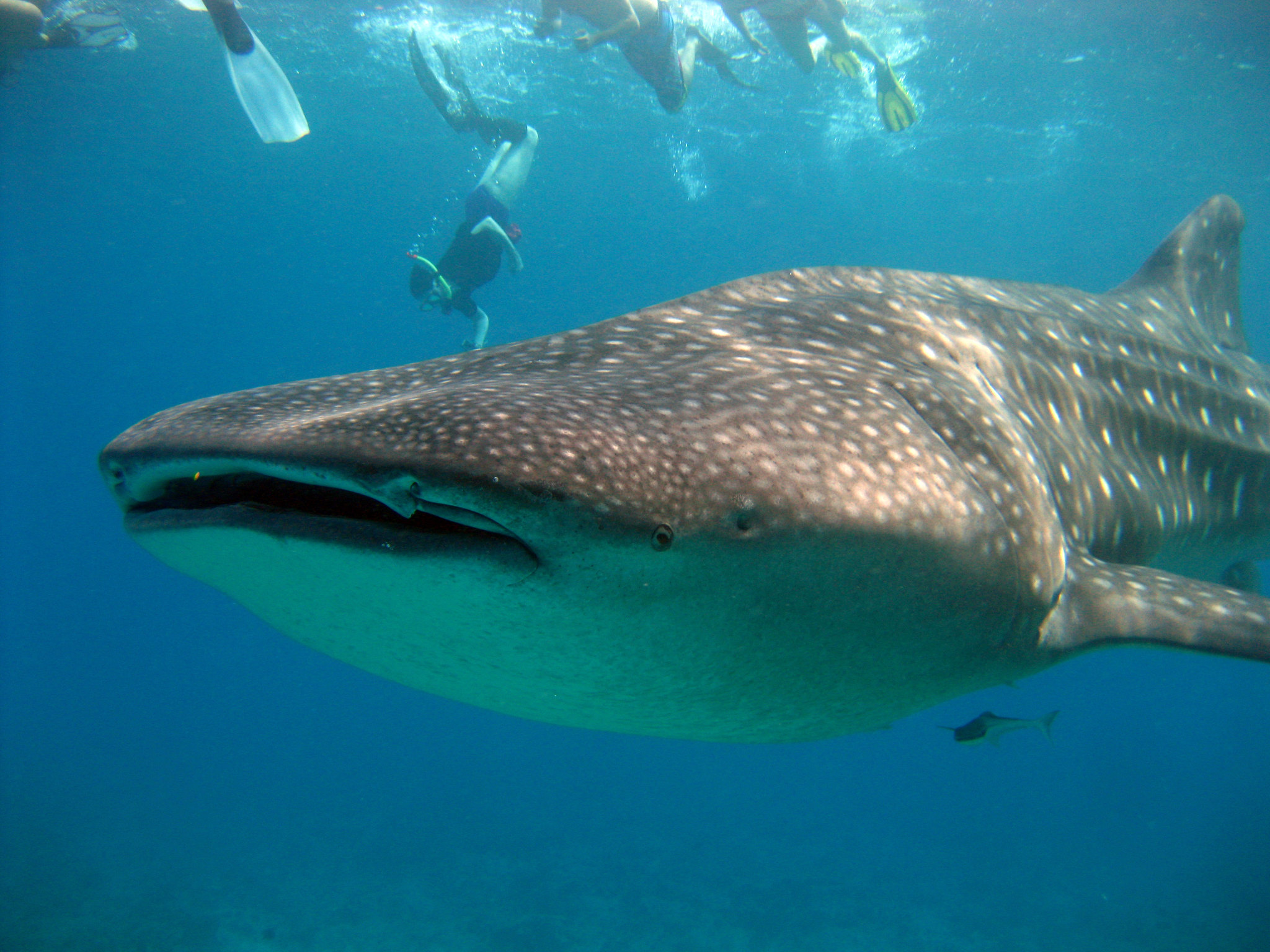 A whale shark swims in the Maldives. (Christian Jensen via Flickr)

Endangered whale sharks, the world’s largest fish, are illegally caught and killed for fins and liver oil on the west coast of India. A recent incident in Mumbai has again put the spotlight on a thriving trade in endangered and protected marine species.

Authorities received information about a large fish that had been brought to the Sassoon Docks on Aug. 12. By the time they arrived, the 20-foot-long female had been cut into pieces and was being loaded into a vehicle.

“We could not find the dorsal fin and the tail fin in the remains,” said marine biologist Harshal Karve, who examined the remains of the whale shark. “Strangely, the eyes of the fish were also missing. We did not find the liver intact either.”

Shark fins are among the most expensive fish products in the world and are in great demand in China, where shark fin soup is a delicacy,  and some other South Asian countries. Some believe shark fins have certain health benefits. Shark liver oil is also in high demand for use in health supplements and cosmetics.

The vital parts of the whale shark caught in Mumbai were allegedly shipped abroad for a big price.

“The trader and the vehicle driver were immediately taken into custody and investigations were started,” said Virendra Tiwari, additional principal chief conservator of forests. “Two fishermen, and one person who carried out the auction were arrested two days later.”

The fishermen had ventured out despite the ban on deep-sea fishing during the monsoon period, which ends on Sept. 1. The ban aims to protect marine life during the spawning season.

The fishermen told the investigators that they realized that they had caught something big but could not pull up the net due to the excessive weight.

“They sailed the fishing trawler toward the docks and dragged the catch along in the net,” said range forest officer Suresh Varak, who is investigating the case. “They called a crane to pull the fish out. At the docks, an auctioneer was involved. He set the deal between the fishermen and the trader. The post mortem has revealed that the shark had suffocated to death.”

This is the first such case registered in Mumbai and the western state of Maharashtra. Depending on the outcome of the investigation, penalties could include a fine and up to seven years in prison.

Whale sharks (Rhincodon typus) are  easily distinguished by the white spots on their bodies.  They were declared a protected species in India in 2001, and they are included in Schedule I of the Wildlife Protection Act of India, making their capture or killing a cognizable offense in India. Until then, whale sharks were hunted in large numbers off the western coast, mainly in the western state of Gujarat, for export.

A 2015 report by WWF India stated that the country ranked second after Indonesia on the global list of shark-fishing nations.

“Shark fishing in India has progressed from being ‘incidental’ to ‘targeted’ over the years. The transformation occurred only during the 1990s due to increasing demand in the international market, which has caused serious concerns about the sustainability of these catches,” the report stated.

“This case tells us that the illegal business of selling shark fins is still on,” said Tiwari. “A recent study carried out by our marine researchers has shown that the trade is taking place at certain landing points along the coast.”

The study, conducted by marine biologist Dhanashree Bagade, had pointed to a landing site near Mumbai, where shark fins were culled and kept out to dry.

In 2018, a young whale shark was found at the Bhandup Pumping Station in Mumbai with its fin culled. The case did not lead to any arrests, but it prompted many discussions. In December 2018, the government of Maharashtra launched a scheme to reimburse fishermen for damage caused to their fishing nets that had to be cut to release a protected species.

In the last two years, compensation has been made in 62 such cases in Maharashtra, and over INR 12 lakh ($16,000) has been reimbursed to fishermen for releasing 17 whale sharks, 28 olive ridley turtles, 16 green sea turtles, one hawksbill turtle, one Indian ocean humpback dolphin, one giant guitarfish and one leatherback sea turtle. The fishermen have to make their case by providing video evidence of the release, among other details.

“Fishermen need to be much more aware of such protected species,” said Akshay Mandavkar, a local journalist and member of the Marine Respondents Group who first alerted the authorities about the whale shark on Aug.12. “Law enforcement is another big issue. Constant vigil on the docks can prevent such incidents.”