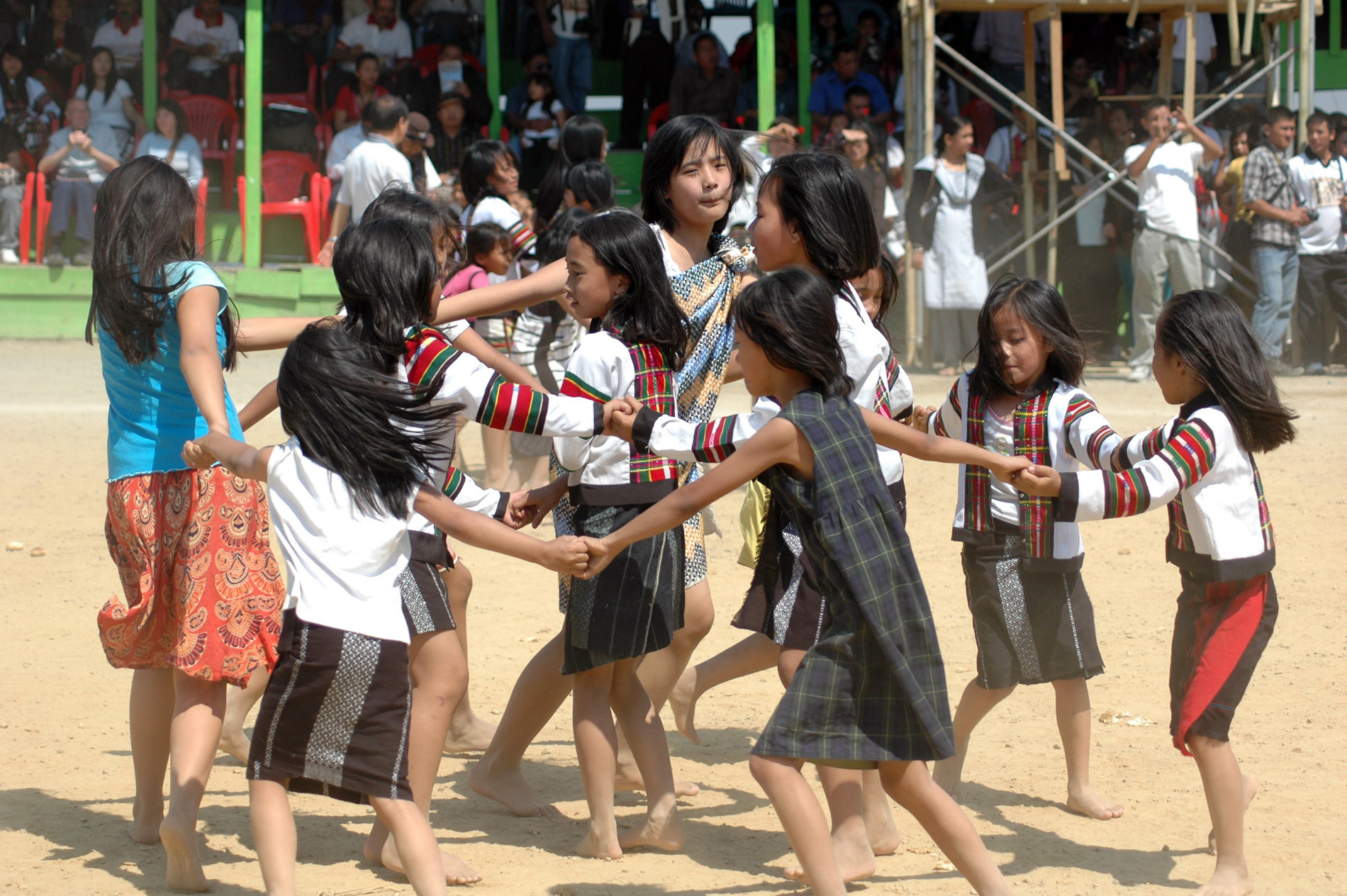 Children of the Divine Intervention School perform the Pawanto on the occasion at Aizawl on March 11, 2010. (public.resource.org via Flickr)

GUWAHATI, India—A small state in India’s troubled northeast has managed to contain the Covid-19 pandemic much better than some of the larger states with more resources.

Mizoram is tucked away between Myanmar and Bangladesh, about 1,500 miles from New Delhi. It registered its first case on March 24—the day on which the country went into lockdown to prevent the spread of the new coronavirus.

Since then, the number of cases in Mizoram has risen to 918 cases as of Aug. 24, but there have been no deaths.

This is a miracle of sorts in India, where the number of Covid-19 cases was reported at 3.1 million on Aug. 24, with 57,542 deaths, according to data compiled by Johns Hopkins University in Maryland. The country is third after the United States and Brazil.

Credit for this goes to the community efforts of the people in Mizoram, population 1.1 million.

The first Covid-19 patient in state was a 50-year-old pastor who had returned from the Netherlands. He was treated at Zoram Medical College, the only tertiary hospital in Mizoram, on the outskirts of state capital Aizawl.

The hospital was barely prepared. Of its 300 beds, just 14 were in the intensive care unit. And, “Seven of these were damaged because of water seepage,” said Dr. H. C. Laldina, its medical superintendent.

The government of the state, led by Chief Minister Pu Zoramthanga, decided to take immediate action as the pandemic started. A former militant leader, he enlisted the help of community organizations such as the Central Young Mizo Association and church leaders. About 85 percent of the state’s population is Christian and such organizations play an important role.

Every village and locality in urban areas has a local task force to deal with Covid-19. They coordinate with district-level teams, who in turn report to a state-level team.

On Aug. 9, when a paramilitary officer from the Chaltlang Lily Veng area of Aizawl tested positive for Covid-19, the local task force took charge. They declared a lockdown in the locality. Volunteers managed to trace 136 people who had met the officer. Thirteen of them tested positive.

In neighboring states such as Assam, contact tracing has almost ceased because of the overwhelming number of cases.

Lalduhawma, the general secretary of the local branch of the association, and his team are connected to about 700 households in the locality through WhatsApp groups.

“We use them to relay messages on awareness,” said Lalduhawma. “A lot of curious residents ask us about who has tested positive. CYMA is usually the first responder to any situation in Mizoram.”

The association has more than 400,000 members and 800 branches spread across the state. It has been the backbone of the state’s response team, checking movement on the borders with Myanmar and Bangladesh, as well as internal borders with Indian states such as Assam, Tripura and Manipur.

By the time residents of Mizoram started to return from other parts of the country, the state was ready with extensive quarantine facilities. Churches offered to serve as community quarantine centers, managed by the local task forces.

“The community support has been more than helpful,” said Pachuau Lalmalsawma, the state’s Covid-19 nodal officer. He said there had never been a money crunch, with support pouring in from the church and the local community.

Even as India moves to end the lockdown, Mizoram has decided to continue with it for the time being. Authorities became more cautious after they were unable to trace the source of infection for at least three new cases.

Other states in the region test people on arrival. Mizoram tests people after a few days in quarantine, relying instead on strict entry restrictions. People arriving in the state are required to quarantine for two weeks and are advised two more weeks of self-monitoring.

Of the state’s Covid-19 cases, most are paramilitary personnel or truck drivers. More than half belong to the Indian army’s Assam Rifles and the Border Security Force deployed on the borders with Myanmar and Bangladesh.

Zoramthanga has banned the entry of new paramilitary personnel. In a statement on Aug. 20, Assam Rifles said this was a violation of the Union government’s orders and had serious implication for national security.

The state government, however, is in no mood to relax its vigilance. “Entry restrictions and testing new arrivals is a very effective strategy,” said Lalmalsawma.

“The state utilized the time of the lockdown in coordinating effectively among various departments, such as health, home, and disaster management, and the community organizations,” said Priscilla C. Ngaihte, an adviser with Public Health Foundation of India. “They also prioritized strengthening their health infrastructure over other things.”

At the Mizoram hospital, a designated Covid-19 facility, there are now 60 ICUs. There are two more at Champai, a district that borders Myanmar.

Laldina, the hospital’s medical superintendent, said the number of patients who need critical care is low. As of Aug. 17, only one patient was in the ICU.

“One tertiary care hospital is not enough,” said Ngaihte, adding that the state’s calculations could go haywire if the numbers shoot up.

For the moment, however, the state is satisfied with its approach.

“Compared to the rest of the country, we are comfortable,” said Lalmalsawma.