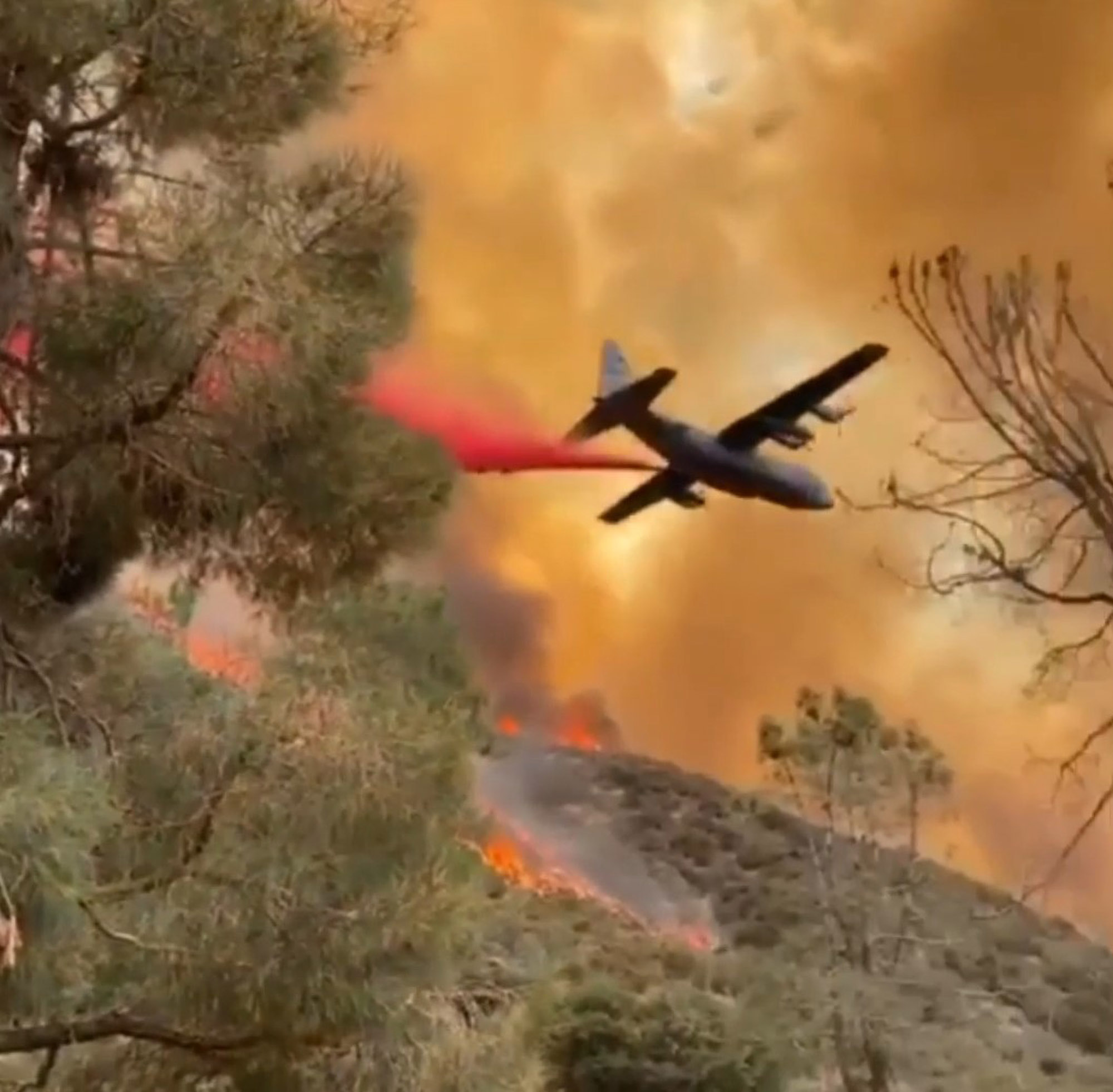 When it comes to fighting wildfires, one unexpected sight is that of aircraft dumping what appears to be “red water” on the flames. The use of such a liquid—actually a dyed fire-retardant chemical—was caught on film on Aug. 16 by a firefighter helping battle a wildfire that has destroyed thousands of acres in rural Los Angeles County.

Because wildfires are a recurring problem in California (nearly two-dozen major blazes are currently underway in the state, according to a variety of published reports), the California Department of Forestry and Fire Protection (commonly called Cal Fire) has a sizable stable of aircraft capable of delivering the fire-retardant liquid. The fire in the video started on Aug. 12; its cause has not yet been determined. Dubbed the Lake Fire wildfire, it’s about 65 miles north of Los Angeles near Lake Hughes in the Angeles National Forest.

Thus far, the fire had destroyed more than 27,000 acres and is being battled by just over 1,900 firefighters, according to the latest information available on the blaze from the Los Angeles County Fire Department. The fire is about 48 percent contained, the department reports.

Mandatory evacuations are in place during the blaze, which burned an unspecified number of buildings. No injuries have been reported.

The video of the “red rain” was taken by San Diego’s T. Morgan, one of the firefighters from that city called in to help assist in combat the blaze, which has been exacerbated by high winds and temperatures near 100 degrees (Fahrenheit).