ZENGER ON BOOKS: Astronomers Are Just Like Us—but They’re a Dying Breed

Discovering the wonders of the night sky comes with silly, quirky and even dangerous moments, says an award-winning astronomer. 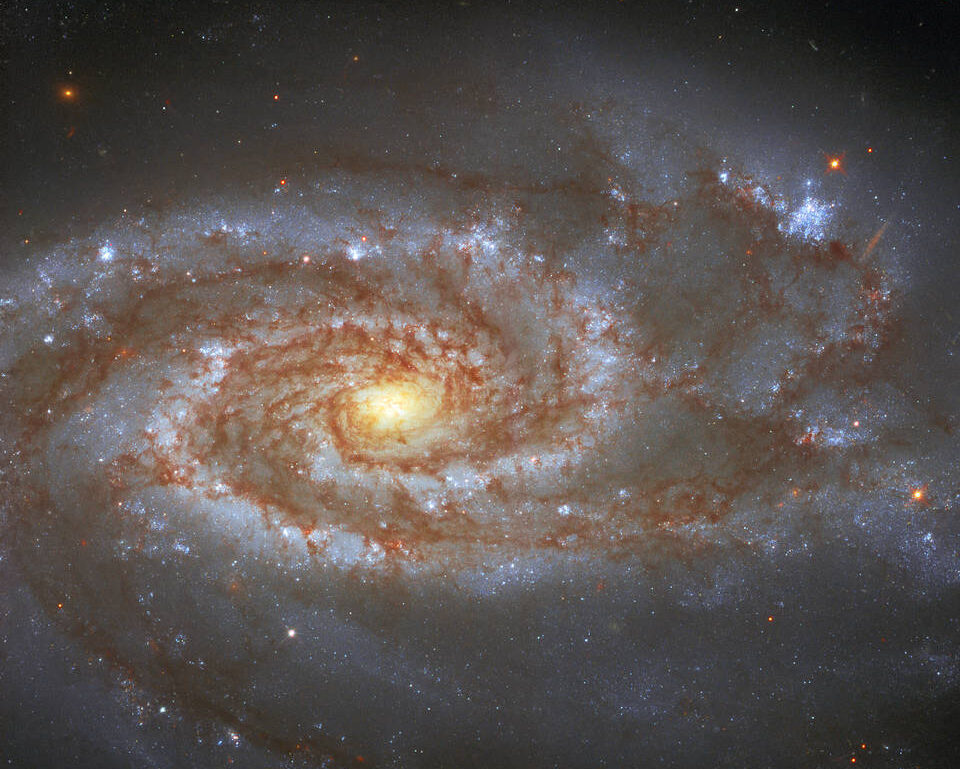 Approximately 85 million light-years from Earth, in the constellation of Libra, is the beautiful galaxy NGC 5861, captured here by the NASA/ESA Hubble Space Telescope. (ESA)

Under August’s full moon comes a love letter to every kid who has ever struggled to bracket Earth’s biggest satellite in a dime-store telescope’s eyepiece. Professional astronomers chart the night skies, risk their lives for science and occasionally flee from curious bears.

In “The Last Stargazers: The Enduring Story of Astronomy’s Vanishing Explorers,” University of Washington astronomy professor Emily Levesque has chronicled the academic challenges and personal sacrifices the profession demands.

A combination of computer software and intellectual brainpower by astronomers has led to remarkable advances and discoveries in the last 30 years. But astronomy, like most of the sciences, needs ever-growing pots of money to support cutting-edge research.

“Can a singular powerful telescope be so spectacularly built that it meets the needs of everyone?” she asks. “The answer is a resounding no. For one, collecting new discoveries isn’t enough; we need to explain what we find.”

Levesque, who holds a Ph.D in astronomy from the University of Hawaii, lays out atronomy’s demands. And in an instant the astronomer stereotype, gleaned from TV shows and movies, vanishes.

Due to the job requirement of working primarily at night, most professional astronomers are sleep-deprived. Levesque says they’re are easy to spot at airports: They often carry a laptop computer with a NASA decal on the carrying case. They’re pale from a lack of sunlight exposure. And late at night they look “suspiciously awake.”

Sleep deprivation, coupled with the fact that telescopes are often located atop mountains, makes most astronomers poor drivers, Levesque writes: “I can fill an entire separate book with stories of astronomers crashing cars at observatories.”

The author does not spare herself from this classification. The dangers pile on.

Since telescopes are in dark domes—all light must be eliminated to get the best possible images—it is not uncommon for astronomers to fall from ladders or catwalks, or even walk at full speed into concrete telescope mounts.

And if he’s not careful, he can be killed, according to Levesque.

Marc Aaronson, a University of Arizona astronomer, was observing the stars with a student at the Kitt Peak National Observatory in the Arizona-Sonoran Desert.

On an April night in 1987, “[h]e asked that the telescope and dome be turned to point at a new galaxy and then hurried to the dome catwalk to get a good look at the sky conditions,” writes Levesque.

“Weighing more than five hundred tons, and moving at almost a foot per second, it would silently coast for several feet before stopping,” she writes.

“As soon as the (dome) motors stopped, Marc opened the door to the exterior catwalk, unaware that the dome was still coasting. Just as he stepped through the portal, part of the coasting shutter struck the door and forced it shut. He was killed instantly.”

Despite the risks, “Stargazers” is a tale of a great era for astronomy. Photographs of the constellations, planets and stars are now collected on silicon chips similar to the ones inside digital cameras.

And telescopes built in the last 30 to 40 years are much bigger in diameter than their predecessors. The result is more and clearer images.

Levesque’s enthusiasm for the stars is reflected page after page, giddy with schoolgirl energy at the thought of quivering binary stars and the depths of black holes.

But more, she has in every sentence the persistent joy of finding things out.

During the total solar eclipse of August 2017, she writes, “I proceeded to lose my ever-loving mind for the next two and a half minutes.”

Ping-ponging among family members who witnessed the event with her, she hugged all of them, thrust binoculars into their hands, and  loudly proclaimed: “You can see Mercury!” Then, when the sun reemerged, shouted: “Eclipse glasses back on!”

These explosions of zest make “The Last Stargazers” immensely readable, and worth recommending to anyone who ever saw a constellation, an eclipse or a shooting star, and wondered about giving chase.