Weight for it: Underwater Strongman Goes for New World Record

A Russian powerlifter is awaiting the official verdict on his breathtaking stunt.
By Gheorghi Caraseni August 20, 2020
Facebook
Twitter
Linkedin
Email 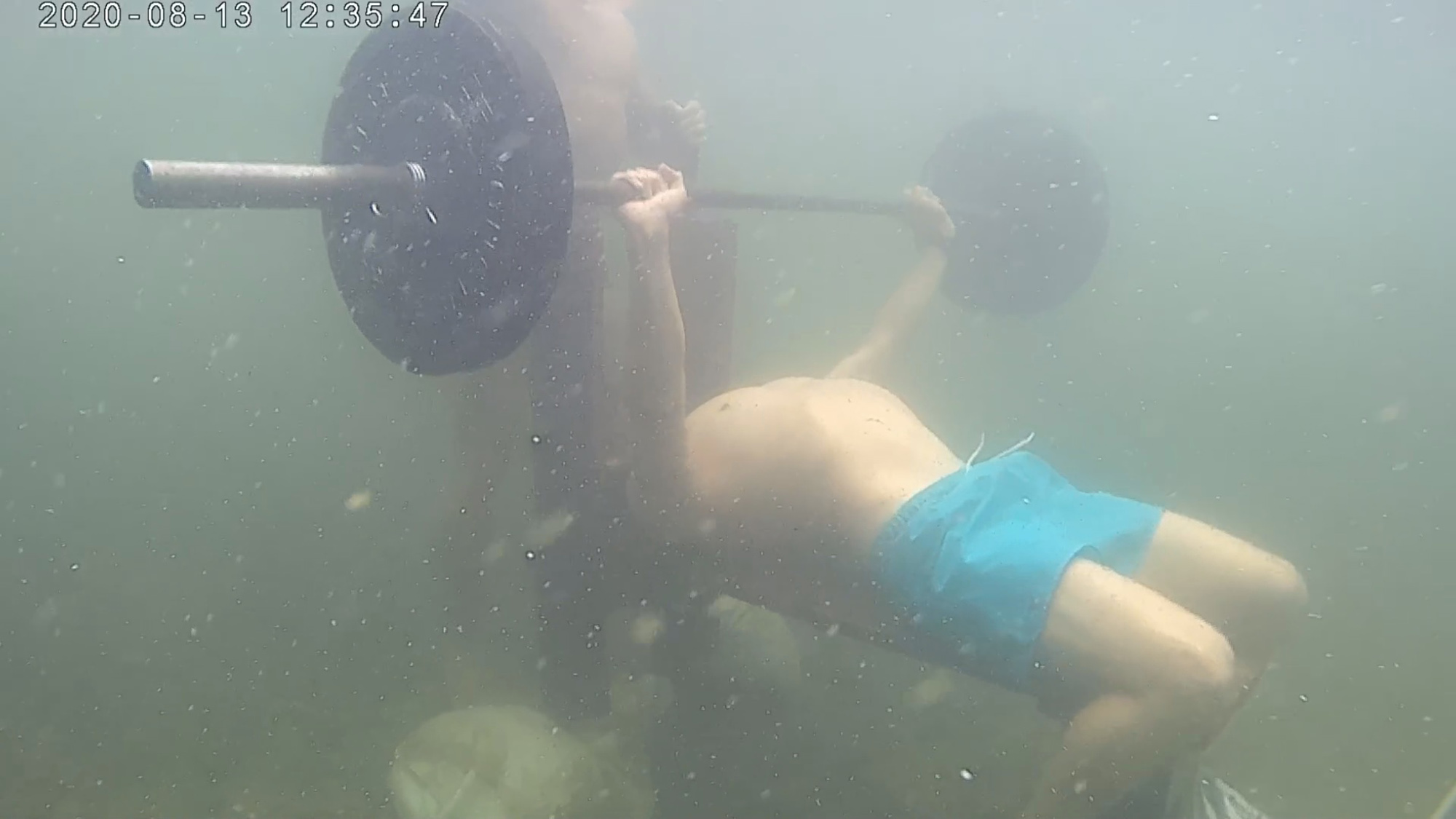 Bro, do you even lift? Well, can you lift underwater?

Russian strongman Vitaly Vivchar does, and he has reportedly beat the Guinness world record for bench presses of 110-pounds (50-kilogram) underwater. The fitness instructor from the south-central Russian city of Tomsk accomplished the feat with 76 reps, breaking American weightlifter Greg Wittstock’s 62 in April 2019.

The video, which has been provided to Zenger News, shows the record-breaking attempt, and Vivchar says Guinness has all the necessary paperwork. However, they haven’t verified the new record.

After the final bench press, Vivchar returns the weights to the bar and returns to the surface to the cheers of the crowd of onlookers.

“I started doing underwater weight lifting in 2013, and I took part in numerous contests for the first two years,” Vivchar said. “(Guinness) should confirm the record soon and hopefully I’ll get a certificate in the next six months.”

Vivchar is a senior computer programmer who is also an avid free diver.

Vivchar has held numerous regional weightlifting titles and has also been the bench press champion of Russia and Eurasia. He also holds the Russian record for most bench presses with 121 pound (55-kilogram) weights with 1,006 in an hour.

He told Zenger News: “I did not plan to break this record, it was just a random idea. That is why I do not have any other specific goals to achieve right now. I just want to get this one confirmed and then we’ll see about any others.”