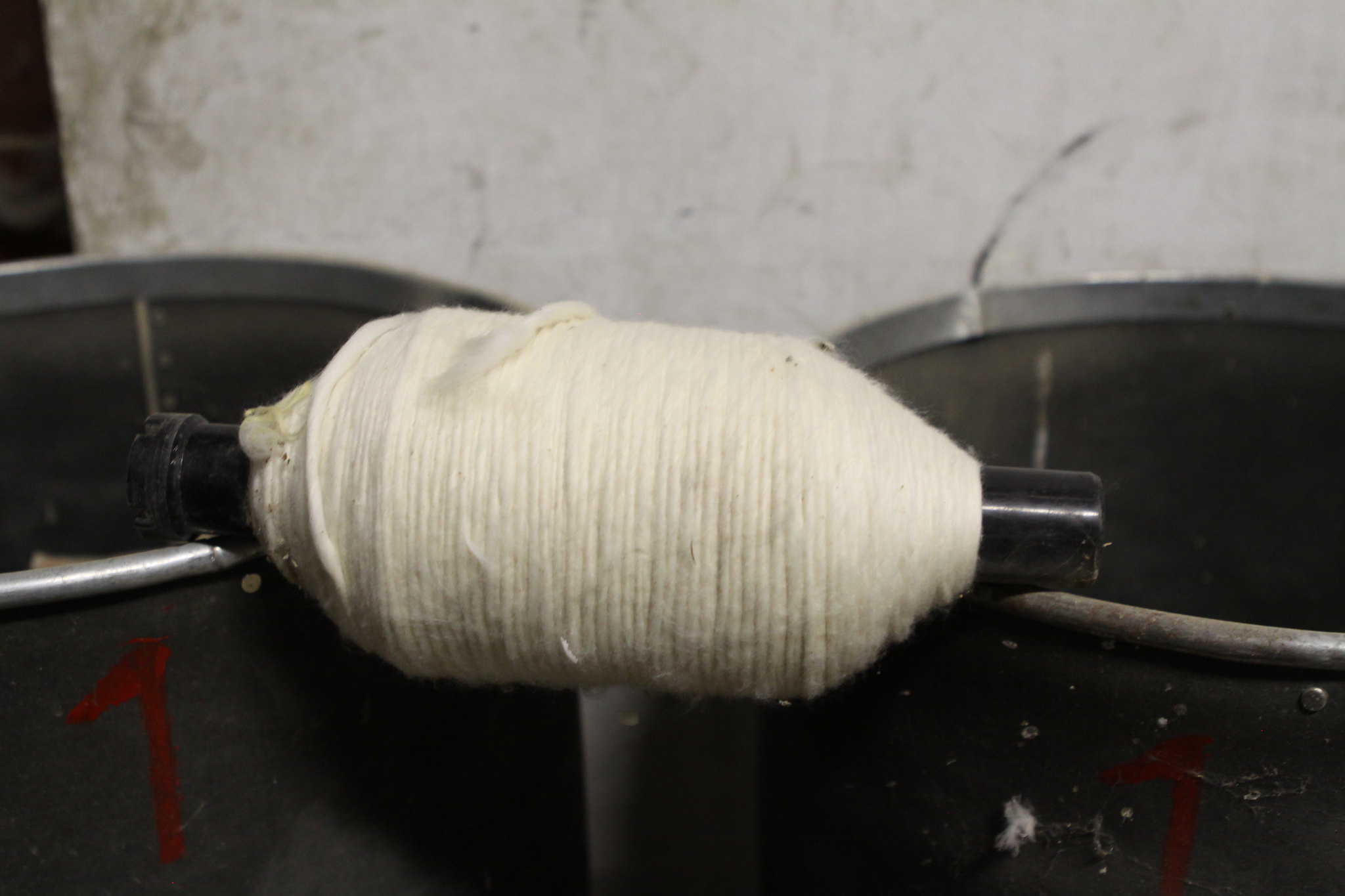 A spool of cotton. (USAID)

CHENNAI, India—The southern Indian state of Tamil Nadu produces madras cotton, the world-famous textile popular in 18th century Europe and the post-World War United States. Celebrities such as Ashton Kutcher and Jessica Simpson have been spotted in madras, with its unmistakable bright checks, in recent years.

Chennai, a city of 7 million, was called Madras until the colonial name was changed in 1996. About 290 miles southwest, though, Tiruppur was the real textile city for several centuries.

“Along with Coimbatore, about an hour’s drive west, Tiruppur exported textiles worth INR 260 billion (about $3.5 billion) in the financial year 2019-20, claim local manufacturers,” said Raja M Shanmugham, an exporter from Tiruppur. “This was about half of India’s total textile exports. And out of this, about 35% went to clients in the US or Europe — including big names like Marco Polo and Tommy Hilfiger.”

As the Covid-19 pandemic exacerbated the trade war between the U.S. and China, textile manufacturers in these towns hoped to cash in. And projections were that about 10% of China’s share in the textile market could come to them.

But even if the orders came about, the stinging labor crisis affecting India will likely make it impossible to fulfill them.

“The industry here is mostly labor-intensive,” Shanmugham said. “About 500 textile manufacturers in Tiruppur and Coimbatore employ about 300,000 people.”

“In Tamil Nadu, most young people join colleges instead of working,” said Prabhu Dhamodaran, an exporter and the convener of the Indian Texpreneurs Federation. “So, most of our labor force comes from the north.”

This statement of Dhamodaran is supported by India’s census data on migrants. Northern Indian states with weaker economies and lack of industry are the biggest sources of migrant workers who travel South in search of employment.

With the pandemic striking hard, India went into a nationwide lockdown in late-March. The police and paramilitary enforced lockdown to prevent the spread of the novel coronavirus. But one the other hand, the shutting of factories forced laborers to return home as they suddenly found themselves out of employment and facing starvation and homelessness.

The plight of millions of migrant laborers, who were left without jobs and food was reported widely. With trains, buses and flights having stopped without any prior warning, hundreds died in road accidents or succumbed to starvation and exhaustion as they tried to cover hundreds of miles on foot to get back home.

Non-government organizations such as Social Awareness and Voluntary Education tried to help them out in Tiruppur.

“These laborers were harassed and humiliated in Tiruppur,” said Arockiam Aloysius, director of the organization. “They did not have food or water. Some spent nights in bus stands as they desperately tried to get home.”

Now, even as the factories reopen—despite India recording the highest number of Covid-19 cases across the world for nearly two weeks—workers are refusing to return.

“We only have about 40 percent of our required workforce,” Shanmugham said. “Our order books might improve by the end of August, but we do not have laborers to complete the orders.”

Though the central government is gradually phasing out the lockdown, traveling between states requires one to apply for permission and the Tamil Nadu government extended the state’s lockdown until the end of the month, so people can only travel for essential purposes. Those coming in are also required to be quarantined for at least two weeks.

Textile exporters feel that getting the workforce back will be a serious challenge as they are unable to provide quarantine or other facilities. Dhamodaran, who is based out of Coimbatore, said laborers who want to come back are demanding that their employers provide safe transport and quarantine facilities.

“Some of the larger companies are able to provide this. Others, particularly small and medium scale enterprises that comprise the bulk of employers, can’t do this without help from the government,” he said.

“The Tamil Nadu government is willing to help companies by issuing e-passes to these laborers,” said Thivya Rakini, president of the Tamil Nadu Textile and Common Labor Union. “But these laborers were in such a bad condition that they would not want to come back. Some of them came only because they could not find a job back home.”

So while India may dream of becoming the next big exporter in the textile industry and of reviving the lost glory of the Madras cotton, the reality of India’s unorganized labor sector and systemic blindness to the working class are a wake-up call.