The remains of the 19th Century man made famous by the film “Giant” were found in a graveyard. 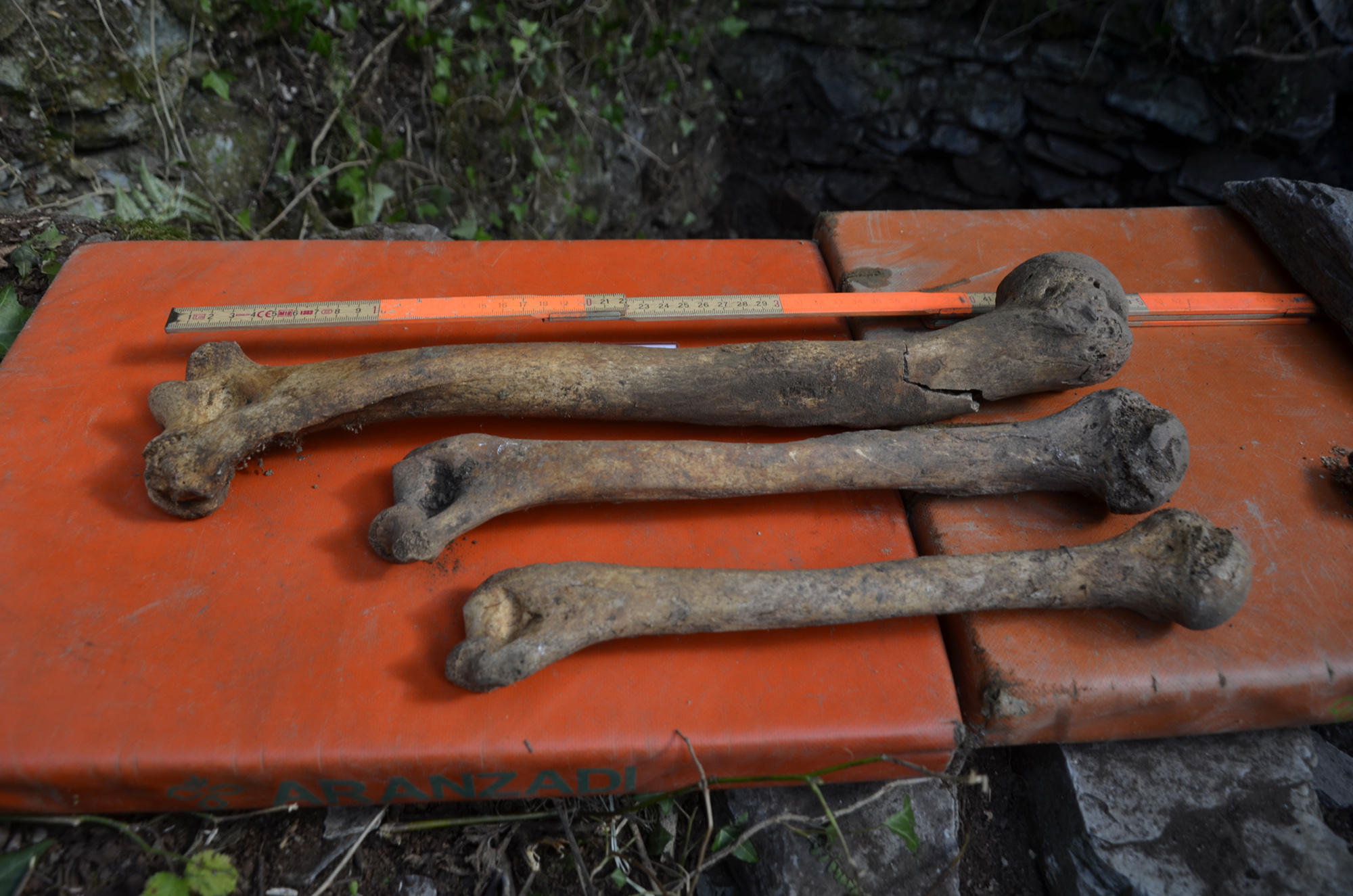 The giant's bones displayed on a table. (Rafa Zubiria-Aranzadi/Real Press)

The remains of a famous giant man who traveled Europe in the 19th century meeting such royalty as Queen Victoria have been found. His skeleton, which was long thought to have been stolen, was recently found to still be in the cemetery plot in Spain where he was originally buried.

Known as the Giant of Altzo, Miguel Joaquin Eleicegui was born in 1818 suffering from acromegaly disease, popularly known as gigantism. As a result, he grew to 7 feet 10 inches and he weighed in at about 470 pounds (212 kilograms). His story became an award-winning film, “Giant,” which was released in 2017.

The Mayo Clinic  describes acromegaly as a “hormonal disorder that develops when your pituitary gland produces too much growth hormone during adulthood.” The National Organization for Rare Disorders says it occurs in 50 to 70 people out of every million. A more recent high-profile representative of those afflicted by the disorder was André René Roussimoff, a professional wrestler known as “Andre the Giant” and actor (“The Princess Bride”). He died in 1993 at age 46.

Eleicegui set off in 1843 as part of a traveling freak show, and would dress as a Turk or a general from the Spanish army, starting in Spain. As his fame spread in the rest of Europe, he was presented as the “Basque Giant” or the “Spanish Giant.” His fame quickly grew, and he met the rich and royalty, including Queen Victoria. He was also received by Queen Isabella II of Spain, Queen Maria II of Portugal and King Louis Phillipe I of France.

After his death in 1861, his remains were interred in a cemetery in Altzo, a town in northern Spain’s Basque Country. For a long time it was believed that his remains had been stolen by either scientists or grave robbers. However, a recent exhumation of his bones in the Altzo cemetery has disproved that

Lourdes Herrasti, co-director of the project and member of the Department of Anthropology of the Aranzadi Science Society, told Zenger News, “The legend said that the remains were not in the cemetery because some British people had been interested in the skeleton. He was very well known throughout Europe and traveled a lot. That’s why it was thought that his remains could have been extracted and taken to an anthropology museum abroad. That legend spread and has been in force until before the discovery of his bones this week.”

The decision to search for and exhume Eleicegui’s remains came from Altzo’s town hall, with the prior authorization of his relatives. The Altzo town hall also houses an exhibit that tells the giant’s life story.

“The relatives have been present at all times and showed a lot of surprise and satisfaction,” Herrasti said. “In addition to his size, we have verified that he had severe osteoarthritis of the spine, which caused him very intense pain. He also had problems with movement, because the weight caused his joints to suffer.”

“We still do not know what will be done with the remains,” said Herrasti.  “That’s a decision that will be made jointly between the Altzo town council and his relatives.”

The movie “Giant” recreates Eleicegui’s life and premiered in 2017 at the San Sebastian International Film Festival, where it was awarded the Special Jury Prize. The film was also screened that same year at the BFI London Film Festival and won 10 awards at Spain’s 32nd Goya Awards in early 2018.

«Previous Post
It’s A Dog’s Life for Animals During Lockdown »Next Post
Weight for it: Underwater Strongman Goes for New World Record