Vulnerable undergraduates are being bombarded by offers from write-to-order word mills. 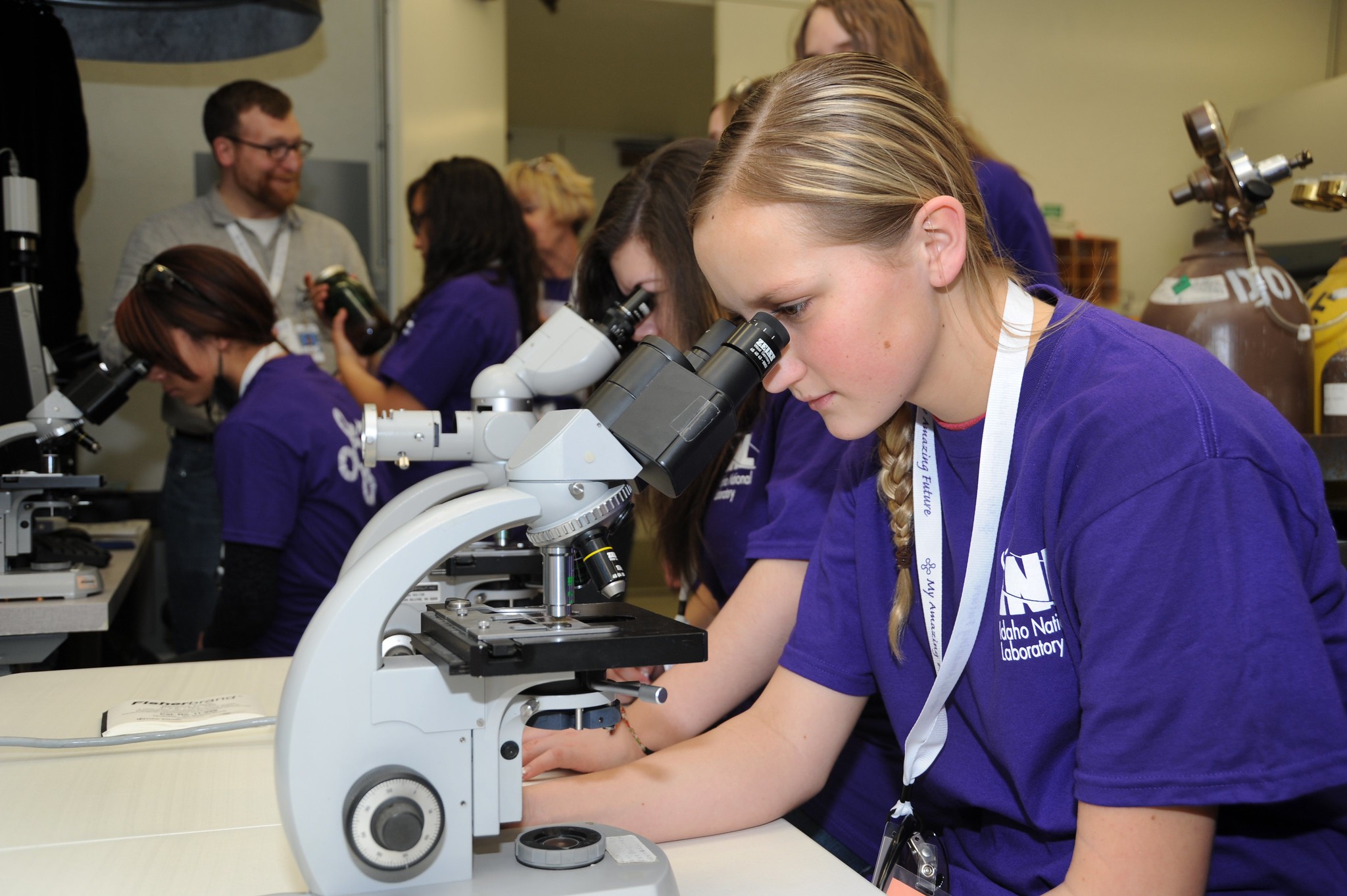 A student looks through a microscope. (U.S. Department of Energy photo)

While college students like Brigham Young University’s Cici Woods count pennies to pay for classes, possibly thousands of her classmates use — and maybe get cheated by — contract-cheating services. Companies are selling online undergraduate and postgraduate essays written on-demand, tailored to their assignment.

It’s not only academic fraud, which undermines education. But it also leaves participating students open to blackmail.

The term “contract cheating” was first coined in the early 2000s by Thomas Lancaster, a senior teaching fellow at Imperial College London, and his colleague Robert Clarke. In the ensuing years, a global crackdown on cheating services has made little progress, with the internet era producing online essay mills for eager students.

“All students now know somewhere they can go and buy an essay or assignment. Even if they’re not interested, they will get targeted advertising through social media,” said Lancaster.

What initially seemed like a niche problem grew quickly, with 15.7% of college students committing contact cheating, show studies done in 2014–2018, according to a systemic review by Frontiers in Education. When extrapolated, that potentially represents 31 million people. Despite the highly visible marketing of essay mills, the industry is full of secrets.

Although the number of blackmail cases has increased, according to a study of Western Australian students, only 10% of contract-cheating students in the study stated they were aware of the risk. Even students who avoid detection are getting scammed. U.K. research found 31% of essay mills use misleading advertising, and the majority do not guarantee content that earns a passing grade, per findings published in the International Journal for Editorial Integrity.

If content does earn a passing grade, it won’t benefit a student’s long-term education, said Woods. “Unless they manage to pay someone to take their exams, then they’re the ones getting screwed over. They don’t learn the content that will show up on the final.”

In a 2019 study published in the Journal of Computers and Education, researchers found that student procrastination or outright laziness was not the biggest factor motivating the outsourcing of their assignments. Almost 41% of students outsourced work because they felt they could not persevere with an assignment (it being “tedious, stressful, boring, or exhausting”), while 28.86% felt they lacked the skills to complete it. Personal issues, illness, and employment were other reported factors. Researchers Lancaster and Alexander Amigud concluded: “outsourcing behaviour is a form of students’ quitting without losing the qualification they were working towards.”

While offering contract cheating services is against the law in 17 U.S. states, it is difficult to prosecute essay mills, as a lack of evidence prevents university staff from reporting the cases when they occur. To successfully convict a company, prosecutors must link an essay to the essay mill, said David Bloomfield, professor of educational leadership, law and policy at Brooklyn College.

“The connection between a single essay and the company selling it is difficult to prove. The college has better recourse to disciplining the student,” said Bloomfield.

“If it’s truly an original essay, anti-plagiarism software used by many higher education institutions would not catch it,” Bloomfield said.

When combined with Authorship Investigate to detect deviations from students’ other assignments in a study, Turnitin increased the likelihood of finding essay mill work from 48 to 59%, says Turnitin’s site. That’s still more than a third of essays able to make it through.

Other countries face the same issue. New Zealand passed a law in 2011 banning the advertising of contract-cheating services, but it’s struggled to hold essay mills accountable. After settling a $1.3 million case with Assignments4u in 2018, the company agreed to cease operations. However, it is still operating across the United States, Australia and New Zealand.

A U.K. essay mill operating under the name PenDrago contracts writers through writingjobz.com. Although it promises high pay, the website reveals a forum-like marketplace where writers underbid each other for work. Despite charging students high fees, U.S. writers can end up with a fee below minimum wage.

Essay mills portray their businesses as student support services, leading writers to believe they are doing the right thing.

“The most successful university model is one that works with our industry rather than sees it as taboo or tries to control it,” Daniel Dennehy, COO at UK Essays, wrote for Times Higher Education in 2016. “Accepting that the support students are seeking can be a huge benefit to them, and therefore to overall university results, is both brave and insightful.”

UK Essays, PenDrago, Writingjobz, EduVinci and Assignments4U did not respond to a Zenger News request for comment.

“A single approach to tackling contract cheating will not be enough. We need to approach this from multiple directions. We also need to take a strong line against the companies providing these services,” said Lancaster.