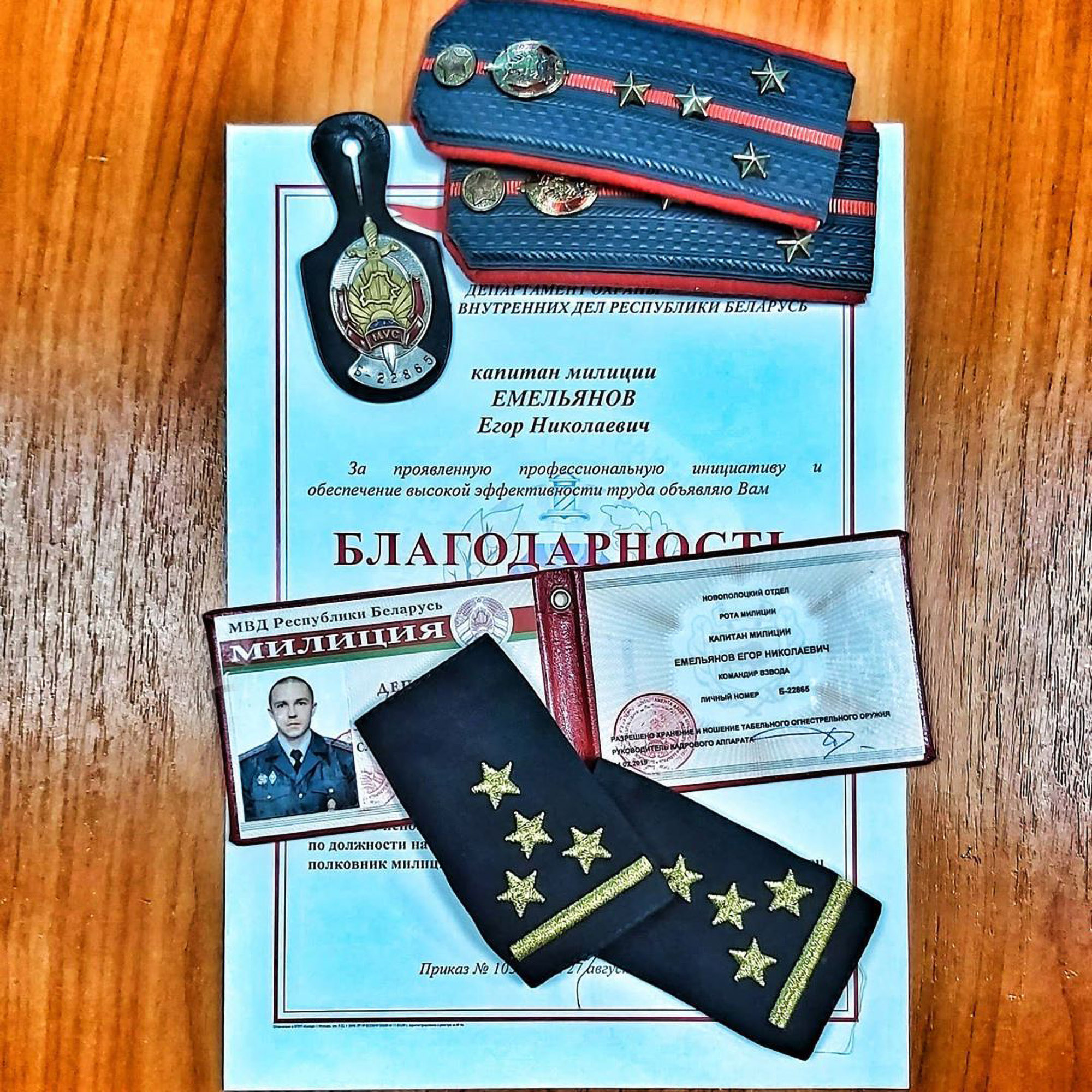 More than a dozen Belarusian police officers and special forces officers from the capital city of Minsk and elsewhere have thrown their badges and uniforms into trash bins and set them afire to protest President Alexander Lukashenko’s heavy-handed reaction to the protests and civil unrest sparked by his re-election.

The incidents, although dwarfed by the vast demonstrations in Belarusian cities, could spell trouble for Lukashenko, who, until now, has had the Eastern European state’s security apparatus firmly in control.

Among those participating in the uniform destruction is former police captain Egor Yemelyanov, 36, who lives in the northern city of Novopolotsk. He told Zenger News: “I worked as a policeman for 17 years and I loved my job for the first 10 to 12 years.” The ex-officer wouldn’t detail what’s behind his change heart, saying only that the leadership’s attitude had changed and he no longer felt comfortable in his role. He added that he had been too worried about what he would do for work to quit earlier, but the response by authorities to the protests, and the full support of his wife Marina, 33, and other loved ones gave him the resolve he lacked.

“The current situation was the last straw,” said Yemelyanov. “I never thought something like this could ever happen in my country. This is insane. There are criminals everywhere, but I’ve never seen anything like this. It is like genocide.

“They have to stop it as soon as possible; people are not scared anymore. It’s like 1941 [when the Nazis occupied Belarus] all over again. I hope the country’s leaders will soon realize that they are wrong and stop before more civilians lose their lives. They need to open their eyes and stop pursuing profit and power.”

These emerging signs of dissent within the police force and special forces come amid the largest-ever demonstrations in Belarus after the presidential election saw Lukashenko, dubbed “Europe’s last dictator,” extend his 27-year rule with another five-year term. The 65-year-old Lukashenko has served as the president of Belarus since the establishment of the office on July 20, 1994, and was recently voted in again with a reported 80 percent of the votes on Aug. 9.

However, the election was marred by allegations of widespread electoral fraud. This led U.S. Secretary of State Mike Pompeo to call it “not free and fair.”

Opposition candidate Sviatlana Tsikhanouskaya, who sought refuge in neighboring Lithuania following the election, has since declared herself the winner of the elections, demanding that Lukashenko start negotiations.

All opposition candidates in other races have filed appeals to the Central Election Commission of Belarus calling for the results of the election to be invalidated.

Beyond that, hundreds of thousands of protesters have taken to the streets to demand that Lukashenko leave office. He leads a notoriously authoritarian regime in Belarus and has had many sanctions imposed on him for the violation of human rights by the European Union and the United States since 2006.

Protests have reportedly been met with a strong police response and numerous demonstrators claimed to have been beaten by authorities in police vans and station cells, with many posting images of such actions on social media. So far, three protesters have been killed in clashes with the police.

Regardless of the outcome of the face-off between Lukashenko and protesters, Yemelyanov has lost his taste for a uniform for good, he said. Once the situation settles down, he’s hoping to start a new career as a fitness trainer.