Got Your Trunks? Tusker Splashes Out on World Elephant Day

An elephant’s special swim highlight the peril of a priceless endangered species. 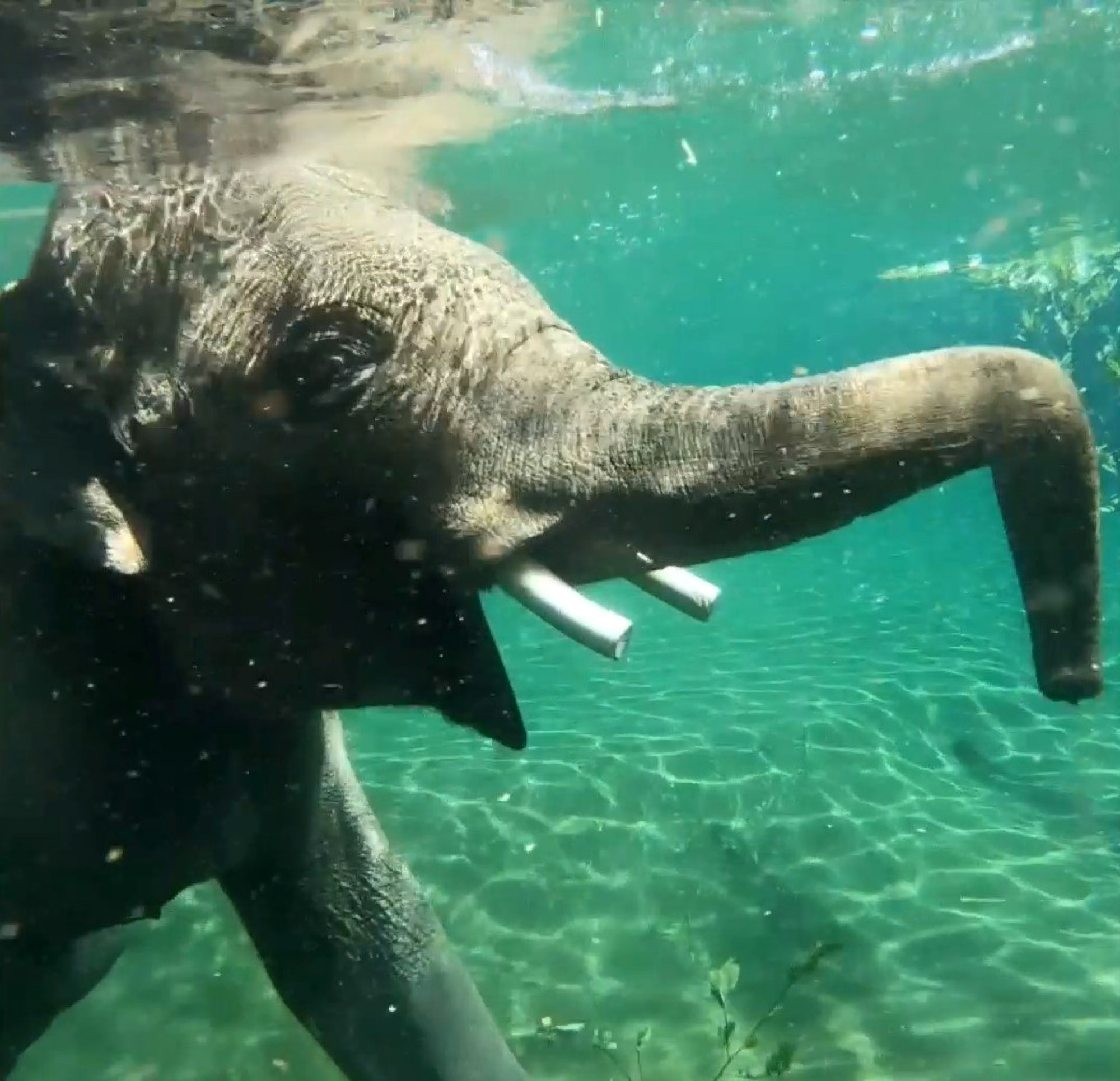 An elephant swims underwater in the Oregon Zoo. (Clipzilla)

The world’s largest land mammal is given a chance to party on World Elephant Day, an attention-grabbing event designed to remind people that the species’ very existence is threatened.

Started in 2012, the day is meant to encourage an appreciation of elephants and promote an understanding of the challenges they face, such as poaching, habitat loss and exploitation of labor and entertainment in countries that do not regulate animal rights.

To celebrate, an Asian elephant frolicked in a 160,000 gallon pool at the Elephant Land complex at the Oregon Zoo in Portland. The zoo is home to five such elephants. Despite being smaller than their African cousins, they are still capable of growing up to 10 feet (more than three meters) and weighting up to 13,000 pounds. African elephants, by contrast, can grow up to 13 feet and weigh 17,600 pounds.

Meanwhile, some 5,000 miles (8,100 kilometres) away, at the Dierenrijk Zoo in Mierlo in the Netherlands, elephants beat the heat by splashing around with brown bears during a heatwave on Aug. 13.  Temperatures reached into the low 90s Fahrenheit by 3 p.m.

In the video, two adult Asian elephants and a calf frolic in a pond, In another scene, wild boars enjoy a dip in the pond before brown bears are shown wading into it. The animals were also treated to frozen blocks of veggies to lick to keep them refreshed in the sunshine, according to a press release obtained by Zenger News.

This day of fun, though, also has a serious purpose: to remind people that the elephant population has fallen by more than 60 percent over the past decade to about 400,000, the World Elephant Day website says, and that the species could be extinct in the next 10 years, thanks to such factors as the killing of up to 100 African elephants each day.

(Grainger Laffan contributed to this report.)