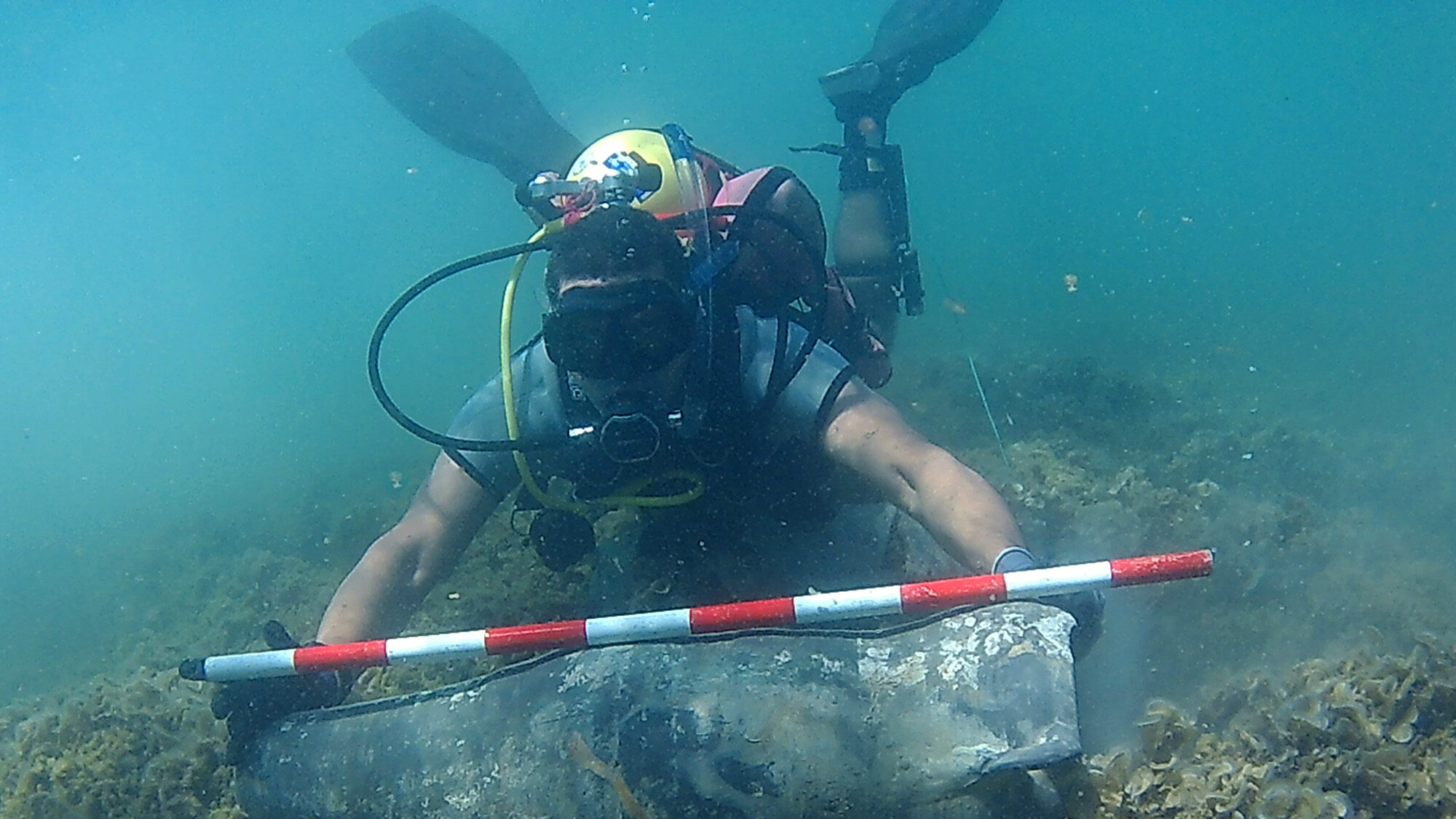 A diver measures the length of the amphora found in the seabed. (Cultura G. Valencia/Real Press)

Two priceless amphoras from the 4th century B.C. of Iberian/pre-Roman origin have been recovered near the shores of a popular beach on Spain’s eastern Costa Blanca. The containers, one almost complete and the other broken into several pieces, were found just off shore in about 10 feet (3 meters) of water by a diver who immediately notified the local police and archaeological authorities in Denia.

Amphoras are generally large with a solid profile, narrow mouth and usually two handles. They typically have a pointed bottom and characteristic shape and size which fit tightly against each other.

The storage jars were originally produced by the Phoenicians (1,400 B.C. to 539 B.C.), but the Iberians—ancient inhabitants of the Iberian Peninsula who inhabited the area just before the Roman period—quickly imitated their production to transport liquids for commercial trade.

Asuncion Fernandez, director of the Centre for Underwater Archaeology of the Valencian Community, said such amphoras are “not common on this coast.”

“There are similar amphoras discovered in other areas, which indicates that there was trade on the Valencian coasts between Ibiza, Alicante and the north in Ampurias, near Girona in Catalonia,” said Fernandez. “What we still do not know is where they were heading to, or where they were produced, or what they contained.”

An analysis carried out on other amphoras previously found on the Balearic Island of Menorca determined they transported molasses with grape seeds, creating a product experts say was similar to wine. If it had been wine, the seeds would not have been found, Fernandez said.

Another intriguing find near the Costa Blanca amphora were fragments of what might be ships that carried the containers, although that has not yet been determined. “More detailed studies of the naval structure would have to be done to determine the provenance of the wreckage,” Fernandez said. “These ships could be Iberian or from the Roman period. We still don’t know.”

The amphoras were non-returnable containers, and once the content had been transferred to another container, they were discarded, often into the sea.

Fernandez asks that anyone finding such items be mindful of their historic importance. “People who are not aware of what all of this means sometimes destroy these pieces,” he said.

Spain’s heritage law says that any historic remains found must be taken to the nearest museum that has the resources to maintain them. “In this case, the finds have already been deposited in the Archaeological Museum of Denia,” Fernandez said.