MEET AN ANIMAL: New Leash on Life in U.S. for Pooch Rescued from Chinese Slaughterhouse

A tiny terrier named Frankl was doomed to be boiled alive, but now helps calm other traumatized dogs. 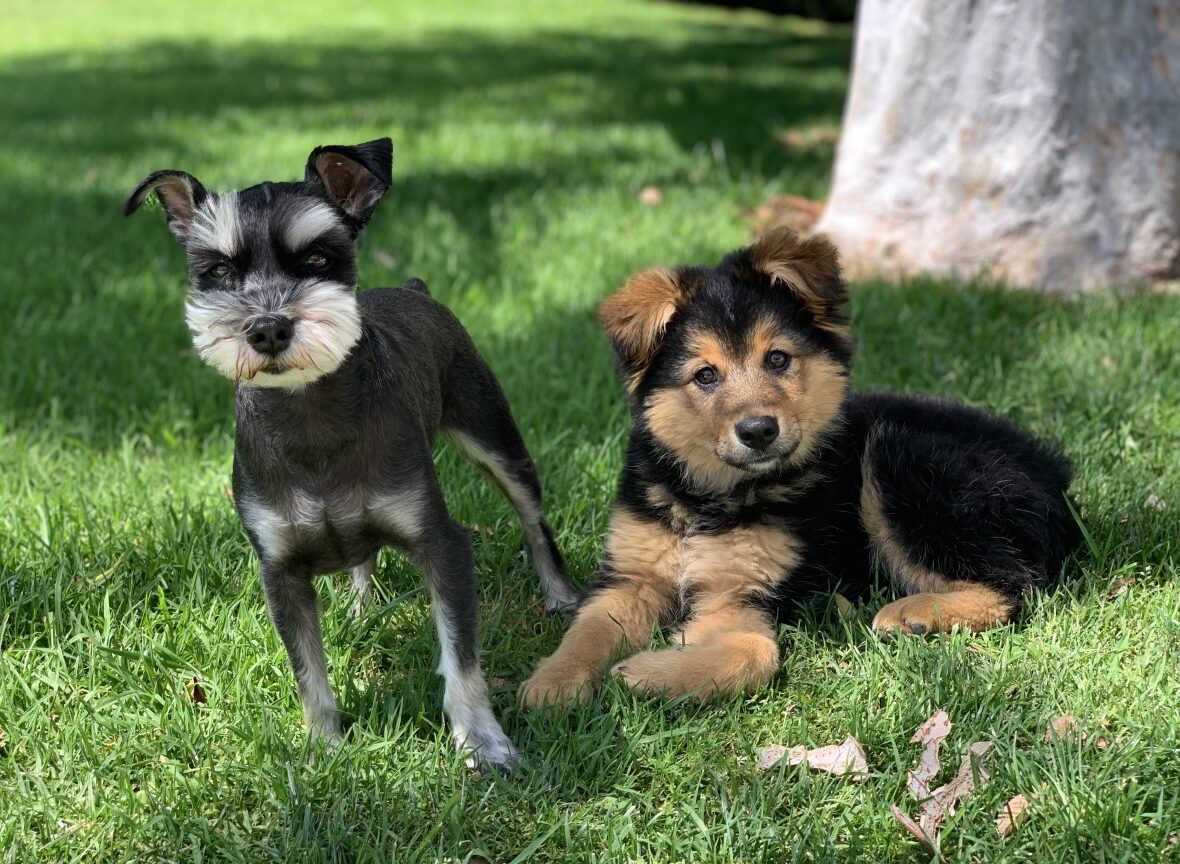 The scrawny, underweight schnauzer named Frankl didn’t drink from a water bowl for the first three days after Kimberly Wright adopted him. He lapped up his own urine from an absorbent “pee pad,” a habit he adopted in a Chinese slaughterhouse alongside an uncountable number of other dogs.

His brother and sister were cooked alive. One was boiled and dismembered. The other was skewered and burned. They were probably five or six months old.

Frankl was there too, but in the blink of an eye he was gone, bought by an animal rescuer instead of a hungry family. He was limp, his hair matted, his breath foul.

Now five years old, he has his choice of dog beds—he prefers the light orange one in her office, Wright says—and he sleeps in her bed at night.

The dog meat factory left Frankl with parvovirus, a highly contagious virus that strikes Covid-like fear in the hearts of dog owners. It’s fatal in 9 out of 10 dogs who go untreated. It took treatments in two different veterinary clinics to rid him of the pathogen, according to Marc Ching, founder of Animal Hope and Wellness.

Ching personally rescued Frankl. He walked into a slaughterhouse and paid for him. The seller thought nothing of it.

Today Frankl is a healthy 9 pounds and has his own Instagram feed where hundreds of photos show him in dozens of outfits. Wright sometimes takes him for walks in Newport Beach, California, wearing a tuxedo jumper.

He’s partial to frozen yogurt dog treats. His favorite toy is a stuffed candy corn. He stands as tall as four rolls of toilet paper. He’s an American.

In December 2015 he left China on a plane bound for Los Angeles, where Wright named him after Victor Frankl, the Austrian neurologist famous for his dark but powerful book “Man’s Search for Meaning.” It’s based on his recollections from spending years in Nazi concentration camps.

Wright, who fosters rescued dogs in her home, has given him an appropriate job: He’s a sort of canine counselor, a therapy dog for others rescued from the streets of Los Angeles or abused in homes.

Wright puts Frankl with the quiet ones, the dogs that don’t trust her because they don’t know how.

A German Shepherd named Jonie was once among the most wary. She grew up feral. Jonie watched one day as Frankl sat on Wright’s lap.

After an hour and a half of cautious peering, Jonie crept in their direction and leaned in for her share of the petting.

Frankl got to the U.S. before the coronavirus did. Now, with airlines limiting flights and the summer heat limiting the effectiveness of climate control in cargo holds, more than 200 dogs are waiting in Ching’s shelter for their golden tickets to the U.S. and adoptive homes. They might start coming as the weather cools, but first they must receive the same immunizations that pet dogs get in the U.S.

Ching wants to see China catch up to the rest of the world and adopt animal cruelty laws. “It’s not illegal in most of the country to hang or torture dogs and cats,” he says.

As China absorbs the blame for unleashing the Covid pandemic, the Communist Party leadership is making small changes. The Ministry of Agriculture and Rural Affairs reclassified dogs and cats from livestock to pets just months ago.

“To be honest, the reclassification and Covid-19 haven’t really made any difference in the eating of dogs,” said Kai Su, China Director of Animal Hope and Wellness. She said city governments elsewhere did tighten their local laws.

“I’m surprised by how many people don’t know it still exists until they read about it or see it documented on social media,” she says. “One click and a post is shared across the world.”