The daredevil is cleaning up as a Tik-Tok star. 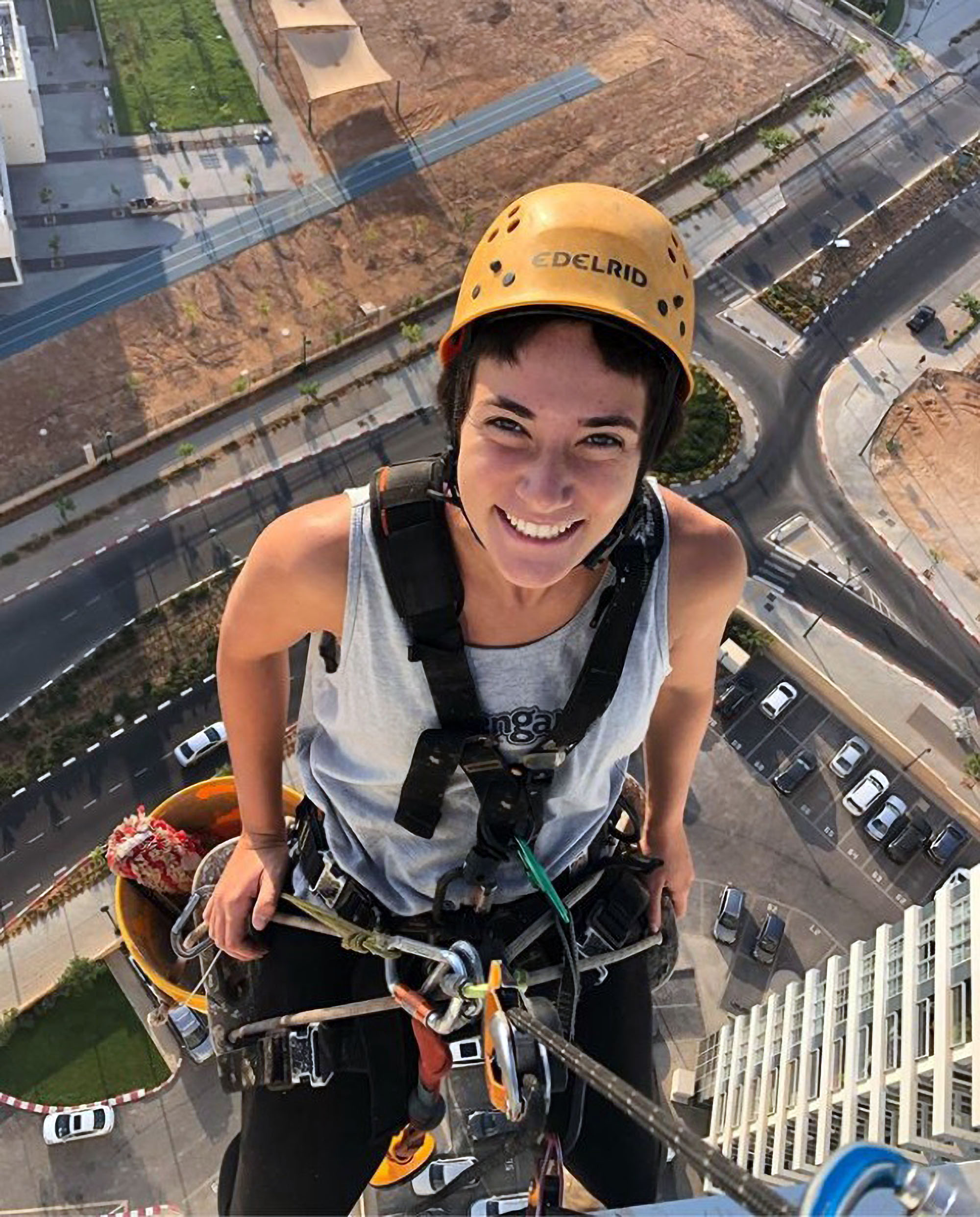 A female Israeli window cleaner who dances to music while doing her job on the sides of Tel Aviv skyscrapers has become rising star on social media wants to encourage other women to take on male-dominated roles. Noa Toledo, 22, has quickly seen her TikTok following swell to 60,000 with over 1 million “likes” in a short period.

“People are surprised when they see me behind the window because I’m a woman and it’s unusual,” said Toledo, who was a champion pole-vaulter and also competed on TV’s “Ninja Israel” sports competition. “Who knows, maybe more women will be inspired to do it when they see that I can do it as well.”

Revital Friedman, who has seen Toledo at work, said “she is really inspirational, and unlike other male window cleaners, she’s the only one ever to asked me if she was doing a good job.”

Toledo told Zenger News that says posting her work on TikTok is designed “to show the world that you can do both — you can have fun while you do your job. I also want the world to be aware of this unique job. I want to show everyone that women can do physical jobs, too, that they don’t need to be afraid to try just because of social norms.”

She added that the work also has some personal benefits. “When I’m up there dancing and cleaning, I feel free, I feel like that’s the right place for me to be. I feel no fear and nothing bothers me.”

Statistics on the number of female window washers like Toledo are hard to come by. But data from the Occupational Safety and Health Association show 21 accidents involving window washers in the U.S. from 2015, with nine people killed.