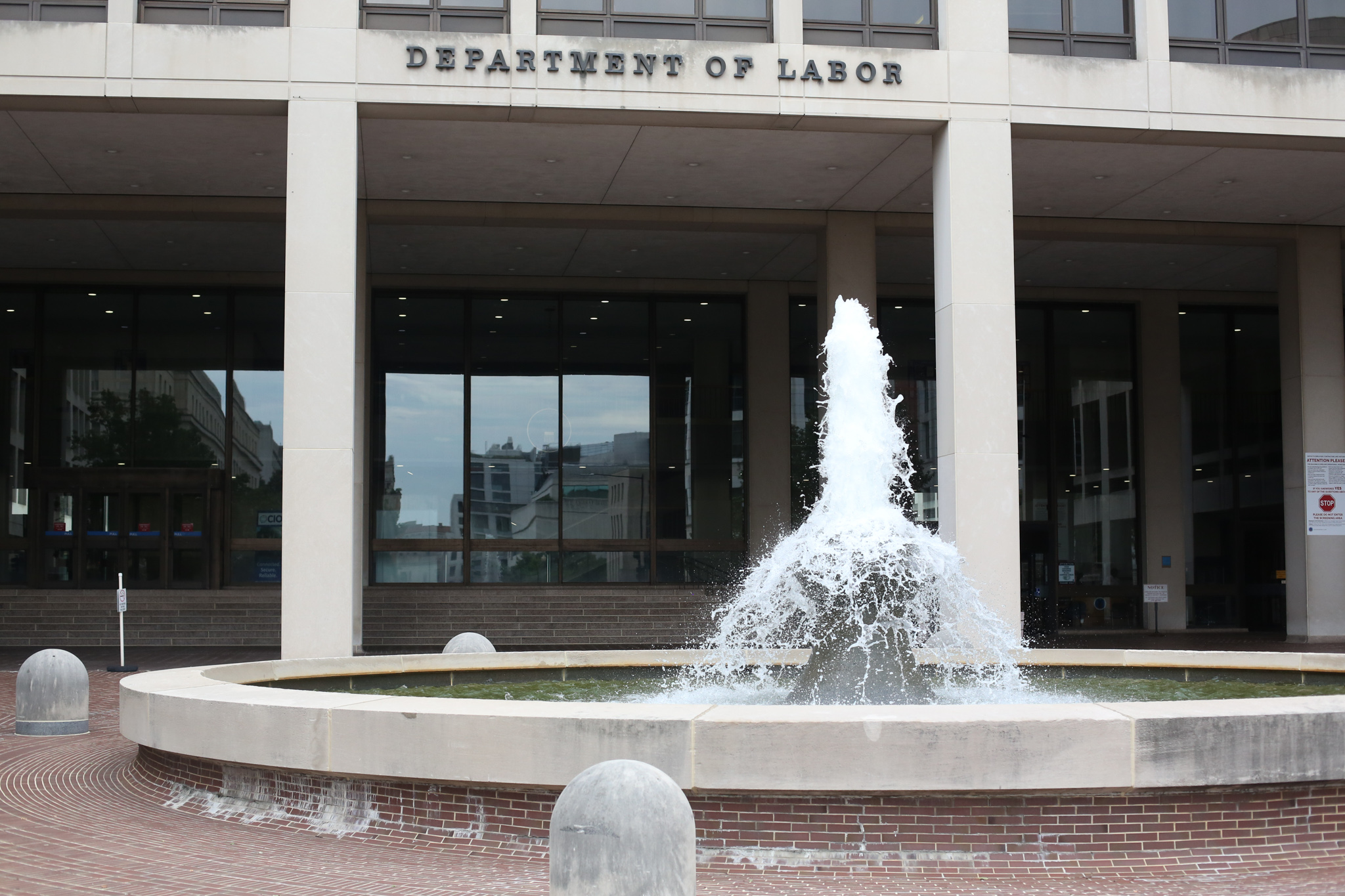 The U.S. Department of Labor in Washington D.C. on August 3, 2020. (Marcus DiPaola/Zenger)

New unemployment claims fell below one million for the first time since March last week, a sign of a national revival after months of COVID-19 related joblessness for tens of millions of Americans.

During the week ending August 8, about 963,000 people filed first-time claims for benefits with state unemployment programs, the U.S. Department of Labor said Thursday. It’s a significant drop from March’s high of nearly seven millions claims, even though numbers are still at historically high levels.

President Donald Trump signed an executive order Saturday allowing states to extend benefits of $300 in federal funds and $100 in state funds to unemployed workers. His action was aimed at partially extending the $600 weekly supplemental benefit after Congress failed to reach a deal on pandemic relief.

Workers likely won’t see the new supplemental benefits for weeks or even months, because states have to apply for the federal funds and some governors have said their states’ budget deficits are too deep to pay the last hundred dollars for each unemployed resident.

Trump said he expects lawsuits to follow. Democrats so far have not rushed to court to challenge him, sensing the political consequences of trying to block cash benefits to voters just months before Election Day. If lawsuits do come, a judge could halt the aid as the two sides battle over whether Trump had the authority to sidestep Congress.

“A judicial freeze would probably not make a difference between someone receiving additional benefits next week or even potentially next month,” said Michael Farren, an economist at the Mercatus Center at George Mason University.

Even a temporary loss of supplemental benefits would increase the number of people trying to go back to work, Farren said, “but the question is whether the jobs will be there for them to actually be going back to work.”

“Much of the unemployed people in the economy right now are unemployed because they’re on temporary furlough,” Farren said. “So much of the dining and entertainment industries, in particular, have gotten rid of jobs because demand for their services is down, as well as mandates against bars and restaurants reopening, or they limit their amount of on-site customers.”

The loss of supplemental benefits could not only have a detrimental effect on unemployed workers but also people who are still employed, some economists said.

“It would act as a major constraint on consumer spending and lead to reduced business activity thereby weighing on employment. This would therefore lead to renewed upward pressure on the unemployment rate,” said Lydia Boussour, a senior economist at Oxford Economics.

Chris Edwards, the director of tax policy studies at the Cato Institute, pushed back on the argument that the end of supplemental benefits would have harmful effects on the economy. The benefits are “clearly an incentive” for people to stay unemployed, he said.

“It’s not about consumer spending. It’s more about whether businesses feel comfortable operating. When they do, I think the economy will come zooming back to where it was,” Edwards said.

If workers who are receiving supplemental benefits are offered their jobs back and decline to return, the benefits would end, said Michele Evermore, a senior policy analyst at the National Unemployment Law Project.

“You can not receive an offer of suitable work and continue to collect unemployment benefits,” she said.