A hotel was forced to close and 7 people were arrested in a crackdown on a rising trend.
By Carlos Davalos August 12, 2020
Facebook
Twitter
Linkedin
Email 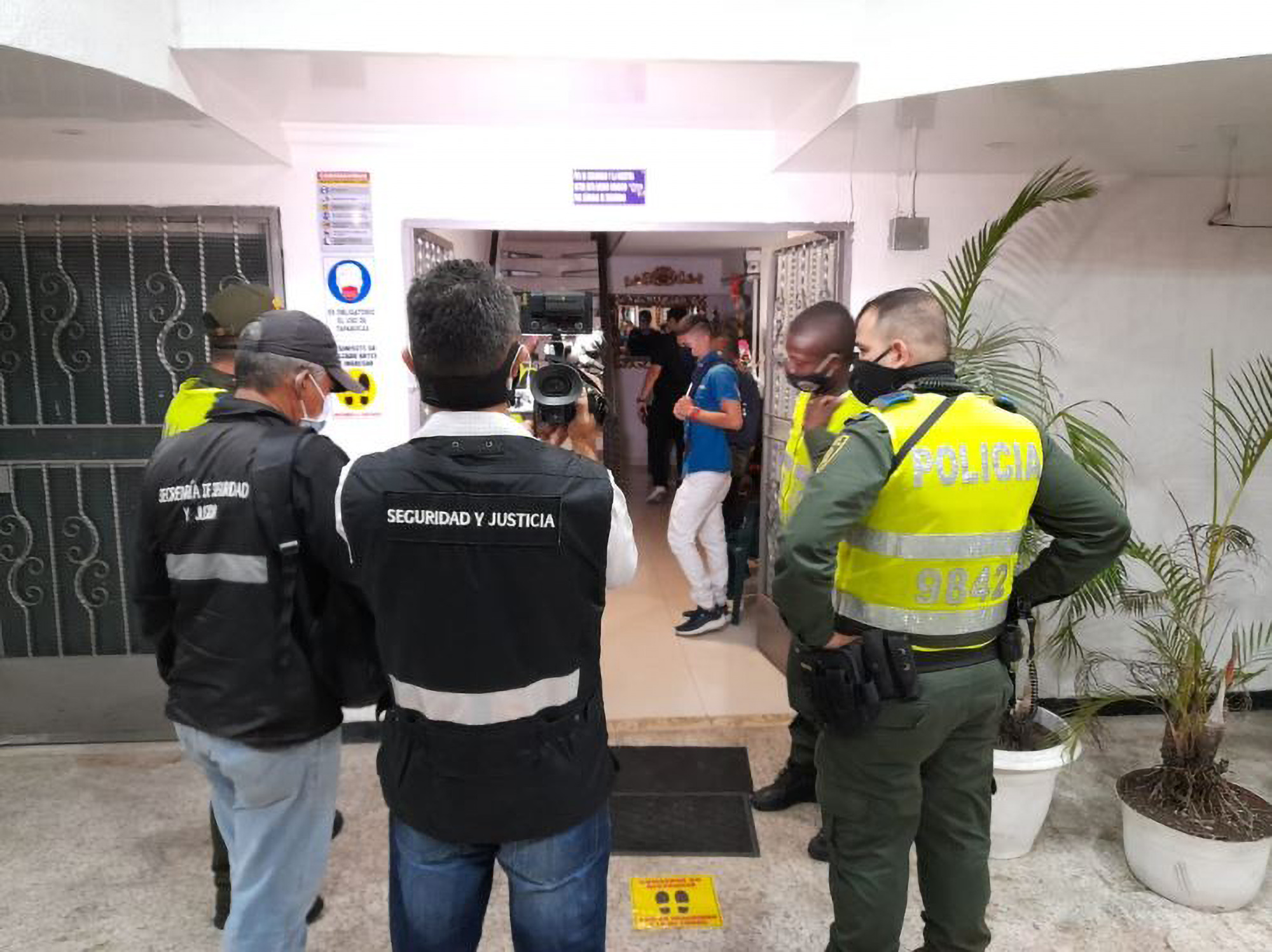 A sex party for men only was uncovered by police when they raided a hotel in Cali, the most populated city in southwestern Colombia, during the Covid-19-related quarantine.

Police officers found seven near-naked men, one of them dressed as a woman, in a 161-square-foot room at the Lord Star Hotel.

Due to the coronavirus pandemic, a national order to stay in homes has been in force in Colombia for four months, and the police and local authorities carry out control operations against those who violate biosafety measures.

Parties and gatherings of this type are prohibited due to Covid-19 restrictions.

Jimmy Dranguet, undersecretary of security of the Cali mayor’s office, reported that the hotel was sanctioned with a 10-day suspension and fines were imposed on 10 people for violating the quarantine and failing to observe sanitariy measures.

“Hotels or motels facilitating these meetings will also be subject to sanctions established by the Police Security and Coexistence Code,” said Cali authorities, in a statement obtained by Zenger News.

The authorities reported that the sex party had been called by WhatsApp as a “super gang bang of brutal submission.”

In the room, the police found used condoms and lubricants.

Participants paid a fee of around $5 to attend de party.

On May 12, 19 men were arrested in Cali in another clandestine sex party, which was also convened through social media.

The residential house where the meeting was held was closed for violating mandatory preventive isolation and the attendees were fined.

On the occasion, the mayor of Cali, Jorge Ivan Ospina, repudiated sex parties in a Twitter post: “They violate the law, puts neighbors at risk, breach mandatory preventive isolation.”

Cali, the third most populous city in Colombia, with 2.3 million inhabitants, known as the “Subsidiary of Heaven,” is famous for its people’s fondness for salsa music.

As of Aug. 8, 24,113 cases of infection with Covid-19 had been registered in the city, according to statistics from the National Institute of Health, which has a record of infections that occurred in the last 80 days.

According to the Colombian Ministry of Health, the number of infections has reached 376,970, with 12,540 deaths.

Colombia, with 50 million inhabitants, ranks fourth in Latin America in infections, after Brazil, Mexico and Peru.

The Colombian authorities have detected a rise in the so-called “corona-orgies” in various parts of the country, from the main cities, Bogotá, Barranquilla and Cali, to the island of San Andrés, in the Caribbean; Villavicencio, in the eastern plains; and La Dorada, in the Middle Magdalena River region.