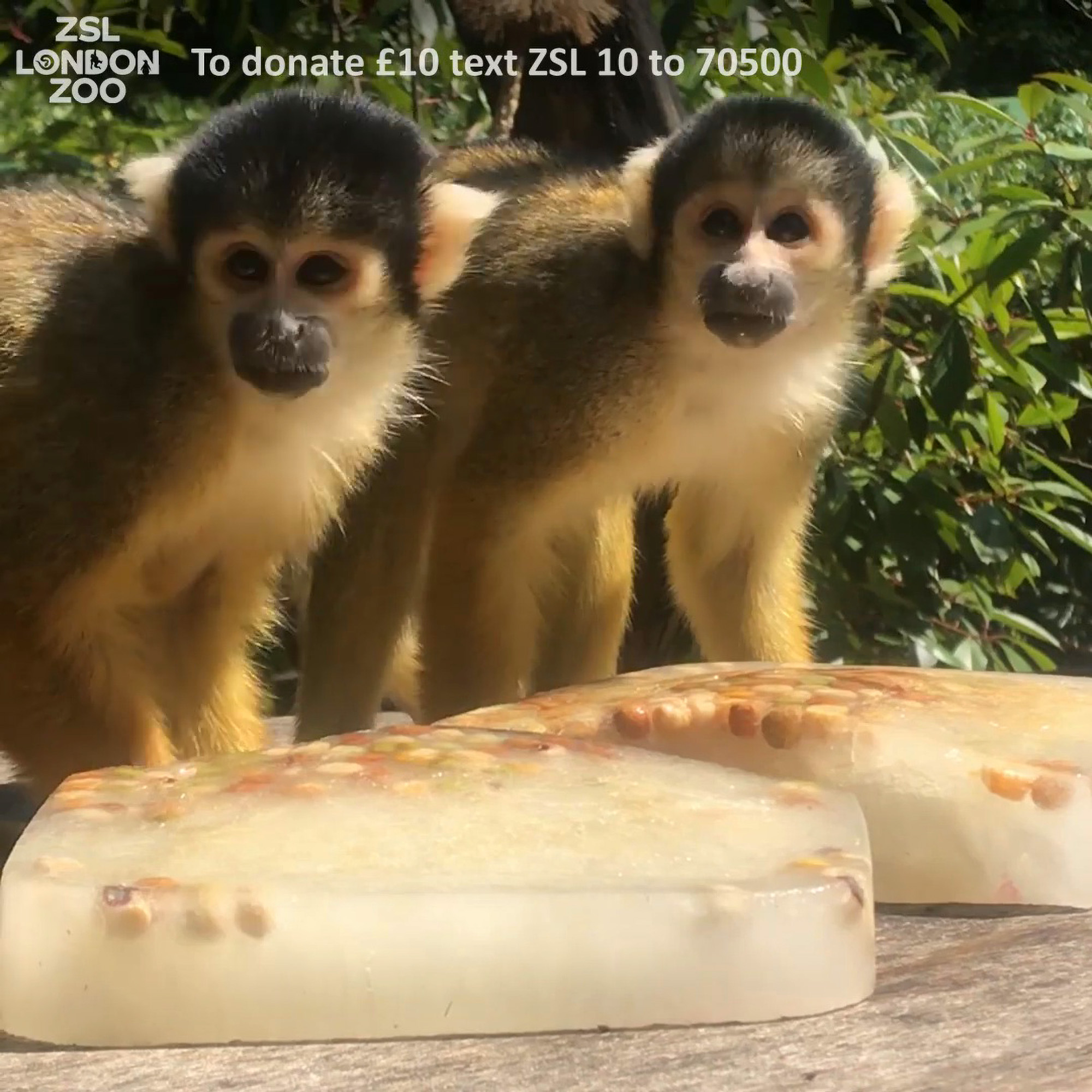 That’s especially true of the squirrel monkeys at the ZSL London Zoo, whose keepers are working to help them beat the heat. Footage posted by the Zoological Society of London on Facebook shows the monkeys jumping between different blocks of frozen tea treats on Aug. 7, as temperatures soared to 98.6 degrees Fahrenheit (36 degrees Celsius).

It was the hottest day in August in 17 years in the city, and part of a major heat wave in the region, according to the Met Office. the governmental meteorological service for the UK. Such higher temperatures have even been occurring this year above the Arctic circle. Specifically, the Norwegian archipelago of Svalbard saw a new record temperature of 71.06 F (21.7 C) on July 25, compared with July average of 42.62 F, (5.9 C), according to the World Meteorological Organization.

For zookeepers in London, higher temps mean they need to come up with creative ways to keep the animals comfortable, including a beverage for its primates consisting of frozen fruit tea filled with nuts and seeds, said Daniel Simmonds, head of primates at the zoo. “It’s great enrichment for the animals, as while it cools them down it gets them practicing their senses and skills, such as foraging and sniffing out food,” he said.

Natives of the tropical forests in Central and South America, squirrel monkeys are omnivores, eating primarily fruits and insects. Occasionally, they also eat seeds, leaves, flowers, buds, nuts and eggs. They can survive 15 years in the wild and 20 years in captivity.