The teaser came during a hearing about whether the government can withdraw a criiminal charge after Flynn's guilty plea.
By Caitlin Yilek August 11, 2020
Facebook
Twitter
Linkedin
Email 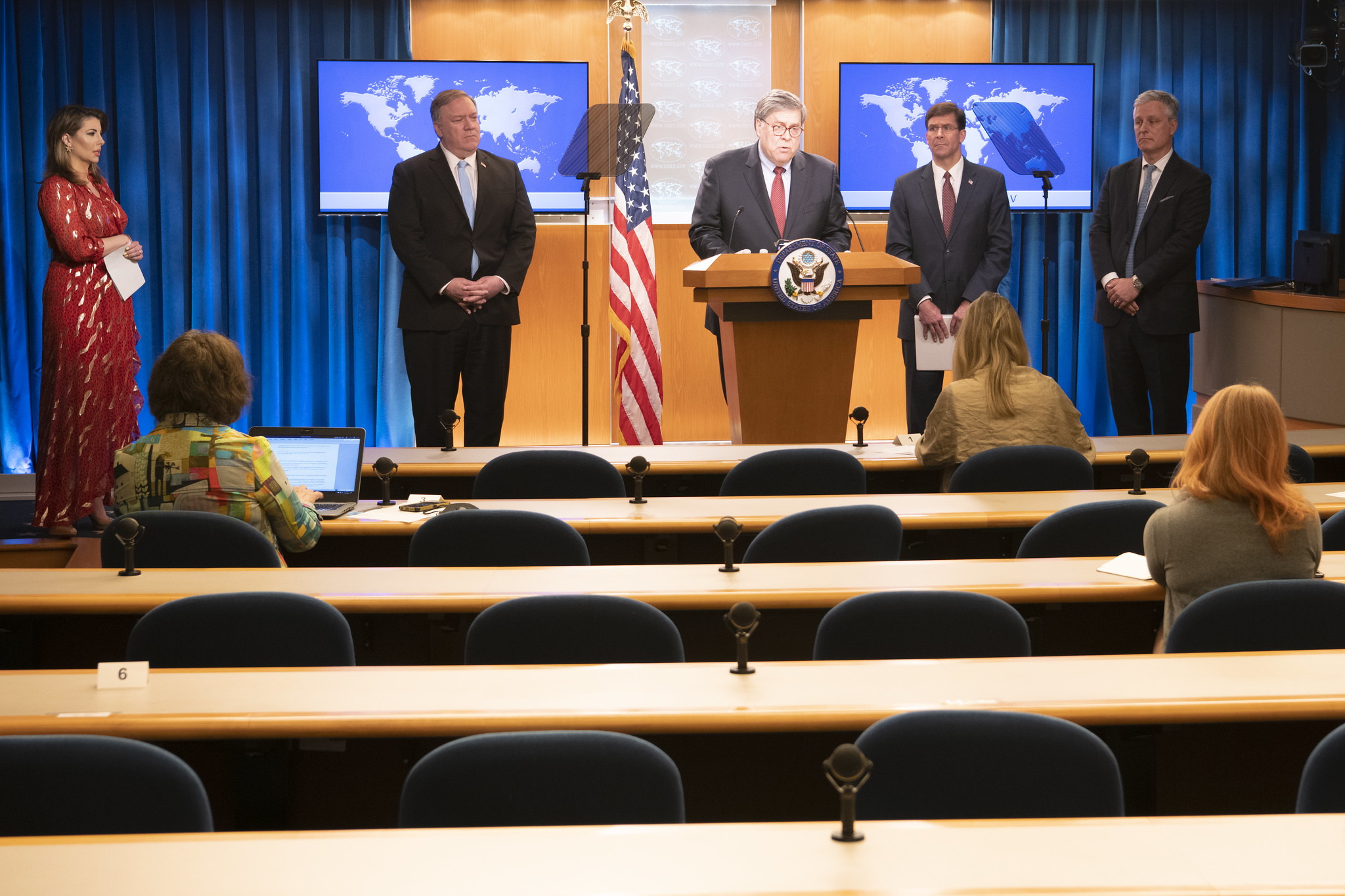 U.S. Attorney General William Barr may have evidence that has not yet surfaced supporting his motion to drop criminal charges against President Trump’s former national security adviser Michael Flynn, according to a top U.S. Department of Justice attorney.

“It may be possible that the attorney general had before him information that he was not able to share with the court. So what we put in front of the court was the reasons that we could, but it may not be the full picture available to the executive branch,” acting Solicitor General Jeffrey Wall told a federal appellate court on Tuesday.

Flynn pleaded guilty in December 2017 to lying to the FBI, a case that resulted from an investigation into his pre-inauguration contacts with Russia’s then-ambassador Sergey Kislyak. The Justice Department later dropped the charges against him.

The new information came during a 4-hour hearing about whether a lower court judge should have followed the government’s request to dismiss the case, or whether that judge should have been able to hear arguments about why the DOJ dropped the charges before Flynn appealed the case upward.

Flynn hired new lawyers in June 2019, and then claimed he was innocent and that the FBI had tried to entrap him. Flynn attorney Sidney Powell accused the FBI and Department of Justice of plotting against him.

Barr moved to drop the prosecution in May, saying there had been no legitimate basis for investigating Flynn, and that his lies were immaterial to the larger Russia probe.

“The attorney general made that decision or that judgment on the basis of lots of information. Some of it is public and fleshed out in the motion and some of it is not,” Wall told the full U.S. Court of Appeals for the District of Columbia.

The Justice department did not respond to a request for comment.

A majority of judges on the panel could rule that District Court Judge Emmet Sullivan should be allowed to decide whether to approve the Justice department’s efforts to dismiss the Flynn case.

If Sullivan refuses to drop the charges, Trump’s former national security adviser could then appeal the decision, the judges suggested.

A majority of the appellate judges agreed on July 30 to hear the case involving the Justice department’s decision to withdraw the charges.

That ruling followed a June decision by a three-judge panel from the appeals court, which sided with the Justice department and Flynn’s legal team.

Sullivan, who oversaw Flynn’s trial, declined to end the case and appointed a retired federal judge to argue whether Flynn perjured himself. He scheduled a hearing on the issue, but Flynn’s legal team asked the appeals court to step in.

The three-judge panel said Sullivan was wrong to appoint the retired judge and ordered him to dismiss the case. Sullivan then asked the full appeals court to rehear the case.

Tuesday’s hearing was a procedural one, determining whether Flynn should have waited to appeal until after Sullivan made a ruling in the case.

“The court can’t continue a prosecution on its own, which is essentially what Judge Sullivan has tried to do here and has done very effectively for three months,” Powell told the judges.

“Only the government can decide when to stop a prosecution and that’s the authority he is intruding on,” she said. “We have a 100-page motion to dismiss supported by stunning exculpatory evidence that was suppressed for three years or more.”

Powell accused Sullivan of being biased and demanded that he be disqualified from presiding over the case.

Sullivan’s attorney Beth Wilkinson said the judge hasn’t done anything yet to warrant an appeal. Sullivan has not requested additional evidence, affidavits or witnesses, she said.

“The parties’ speculation and fears about what the district court might do are not a proper basis for mandamus,” she said, adding that it’s possible Sullivan could ultimately dismiss the case, which is what the government and Flynn want.

Barr ordered a review of the Flynn investigation in January. Records released in April show top FBI officials discussed the possibility of prosecuting Flynn for lying about his conversations with the Russian diplomat.

An FBI official scrawled a note that was partially redacted, musing on whether the FBI interviewed Flynn in order to trap him in a lie.

One official, who was not identified in the unredacted portion of the note, wrote: “What is our goal? Truth/Admission or get him to lie so we can prosecute him or get him fired?”