No Kidding: The Nursery Rhyme Startup Now Worth Millions

This ed-tech company is booming during Covid-19 school shutdowns. 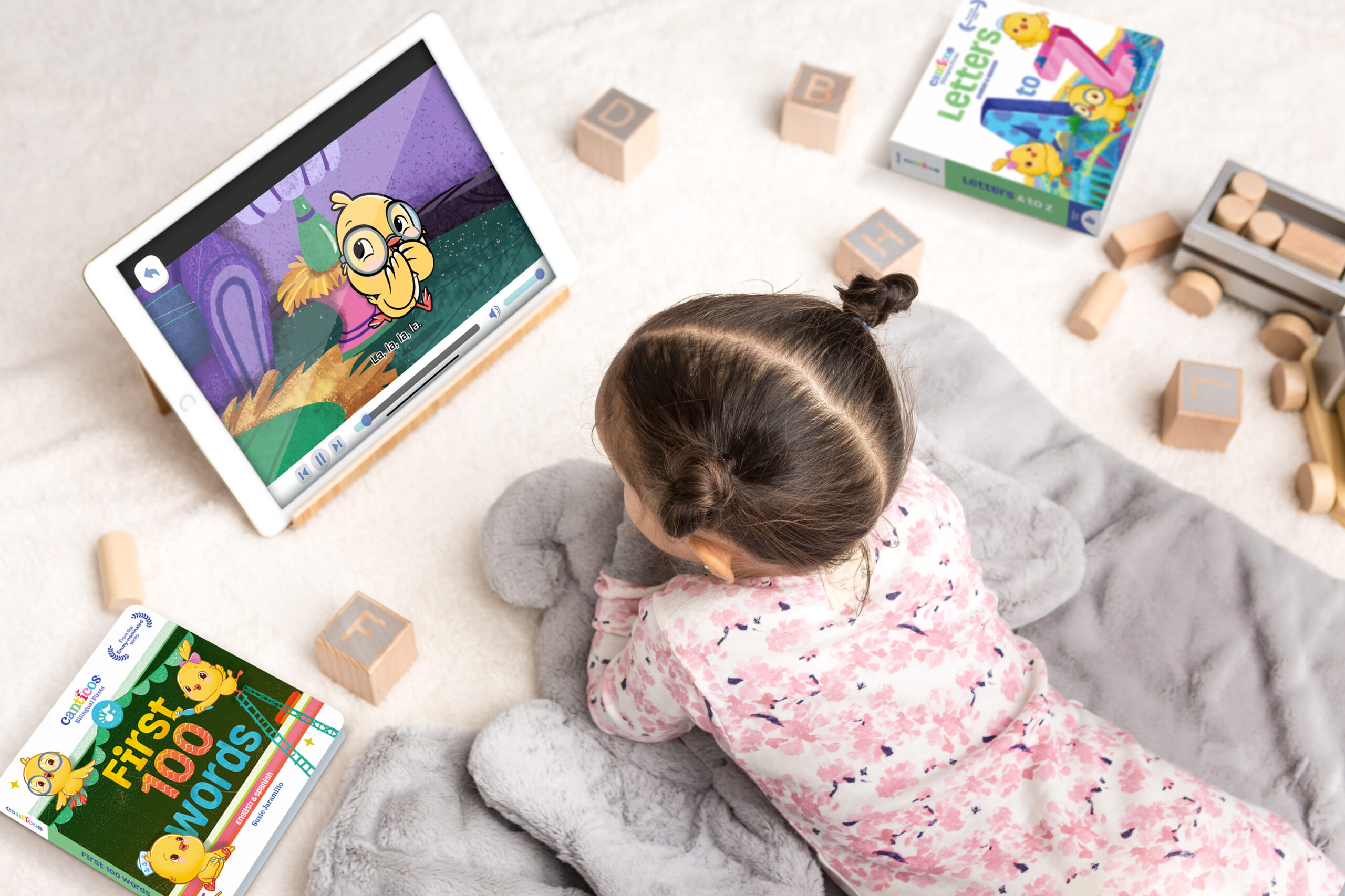 A child watches a Canticos video on her device. (Courtesy: Encantos Brands)

Encantos, a children’s education company and a multicultural trove of free resources, interactive books and educational activities inspired by Latino nursery rhymes, was recognized as one of 19 media start-ups that top venture capitalists expect to succeed during the ongoing Covid-19 pandemic.

The multi-million-dollar tech company, which received $2 million in expansion seed funding in 2019, develops bilingual and bicultural children’s learning programs that celebrate diversity and reimagine education through a 21st-century lens. It has become particularly advantageous to teachers and parents who wish to continue their children’s education at home.

“We believe that 21st-century kids need to learn 21st-century skills to prepare for a future that is going to be diverse and automated. Their workplace experiences and challenges will be very different. They need to develop the critical learning, literacy and life skills necessary to thrive in the artificial intelligence era. Children need equal access to those important learning experiences and tools,” said Encantos’ chief creative officer and co-founder Susie Jaramillo.

HUGE congratulations to Susie Jaramillo (@sujaramillo), President and Chief Creative Officer of @encantosbrands, an award-winning kids-focused edtech company. Yesterday, The Portfolia Rising America Fund announced its latest investment in @encantosbrands. 🎉🎉🎉 Inspired by Latinx nursery rhymes, Susie has created several lines of bilingual, award-winning, children’s books, animated series, and merchandise. She made the first board book prototype for @CanticosWorld by hand while easing her child into daycare. We had the pleasure of having Susie on #LTLPodcast where she tells us what it takes to thrive as a creative in the corporate world, and build the confidence to grow from what you know.🎙Listen to this episode on #LTLPodcast.✨ #LTLRegram: @canticosworld @sujaramillo

Brands include Tiny Travelers, an exploration of geography, language and culture; Skeletitos, a guide for students to overcome fears and anxieties; and Issa’s Edible Adventures, a preschool-based program that teaches children about food, nutrition and culture.

The company also produces the Emmy-nominated and two-time Kidscreen Award-winning bilingual preschool series Canticos, a culmination of videos, books and play-based learning games, also available as an app, which provides a comprehensive learning center for preschool-aged children to learn cultural lessons, as well as Spanish and English skills.

Canticos’ animal characters are authored and illustrated by Jaramillo herself, a Venezuelan-American artist and self-described “lifelong student of culture,” who traveled between Venezuela and Florida during her childhood and now passionately takes on the role of storyteller.

Jaramillo met Encantos co-founder Steven Wolfe Pereira when they were each starting families. They discussed their shared commitment to raising children with a strong foundation in Latino heritage within a society that celebrates diversity and the value of bilingual learning.

When they met, Wolfe Pereira, now Encantos’ chief executive officer, was a global marketing and financial executive in New York; Jaramillo was a co-founder of Latin Vox, one of the nation’s top five multicultural advertising agencies in New York, where she improved communications between the Latino community and corporations.

“The U.S. Latino community is the economic growth driver for American industry,” Jaramillo said. “We are powerful consumers.”

Driven by a lack of quality multicultural content that authentically represented the nation’s diverse cultures, Jaramillo and Wolfe Pereira aspired to share their own childhood treasures: nursery rhymes like “Los Pollitos,” “Elefantitos” and “Mi Burrito Sabanero.”

Jaramillo sold her award-winning advertising agency, unplugged for two years and embarked on building an enterprise.

“[It was time to] take all of the wonderful nursery rhymes that we loved in childhood and build a brand,” Jaramillo said. Coupled with their spouses, Nuria Santamaria Wolfe, who acts as the chief marketing officer, and Carlos Hoyos, the company’s chief technology officer, the friends founded Encantos in 2015.

“The multicultural kid’s market is a big blue ocean,” wrote Monique Woodard, a recent investor in Encantos and author of the blog Monique.VC.

Recently, we had one of our most fun read alouds yet! #Bilingual children’s author, Susie Jaramillo read us FIVE of her books!! Be sure to watch the video, check out all of Canticos, Tiny Travelers, and Encantos Media’s resources online and their newly published books, AND check out all of our past read alouds on Facebook! #Donate to ROR GNY to support our team who works to put together these free read alouds for our community. Link in bio. #readtogether #distancelearning #spanish #readaloud #ReachOutAndReadGNY

Jaramillo and Hoyos’ two children, ages 9 and 11, are actively involved as beta testers for the Canticos app. Their daughter also does voice work for Chickie, one of the three Little Chickies (Los Pollitos) in the Canticos video series. Following his father’s footsteps, their son is learning to code.

During the pandemic, the close-knit family is committed to ongoing family conversations and shared experiences.

Jaramillo proudly described a story to Zenger News in which her daughter gifted a copy of Encantos’ bilingual book, Los Pollitos, to a new Honduran student in her class who could not speak English; her gift brought joy to the young girl’s face.