PHOTOS: Wildlife caught on camera reveal a rainforest on the mend

Pictures of wildlife give experts hope that the national park’s environment is healing. 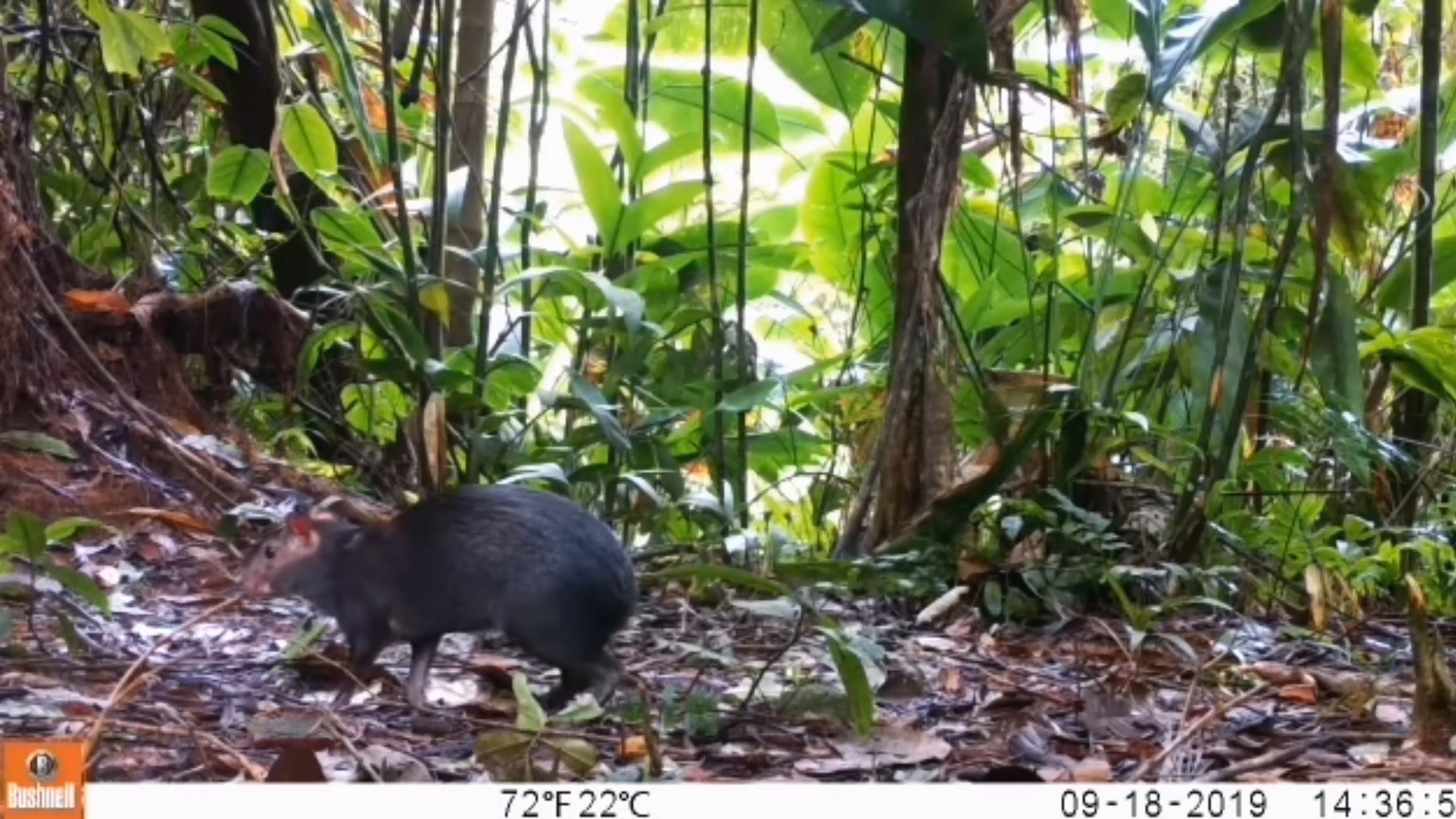 An animal walks past a trail camera. (PNN Colombia/Newsflash)

Images of wildcats, bears and other animals using the same trails in Colombia’s Alto Fragua Wasi National Natural Park have experts optimistic about the health of that rainforest. The park, near the country’s southern border with Ecuador, has been a cause of concern to environmentalists because of the feared impact of deforestation and agricultural expansion on it.

But fresh snaps from six camera traps recently installed in the jungle indicate that the park is in a much better condition than had been feared. Over a 45-day period, the hidden cameras captured several wildcats, bears and large rodents all using the same tracks in the jungle, which indicates that the wildlife is thriving and the food sources are plentiful.

Alto Fragua Indi Wasi Park, which measures 294 square miles, was created in 2002 to preserve the region’s natural diversity, as well as the culture of the Inga people. Indi Wasi means “House of the Sun” in the Inga language.

The monitoring project is part of the Col0mbian government’s Amazon Conservation Team’s efforts to protect the wider Amazon area, but also includes the involvement of The Nature Conservancy and is financed by the International Climate Initiative of the German Ministry of Environment, which has invested a total of $3,65 million in Colombian Amazon conservation projects.

Last June, the U.K. furthermore announced that it will donate about $80,000 to the “Sustainable Forest Territories” project to aid with conservation in Colombian jungle areas, as well as control the extent of deforestation, a sign of the global environmental importance of the Amazon region

This area of the Amazon basin was severely  threatened by deforestation and agricultural expansion until the Colombian government decided to designate it a protected natural park. The land is among the most deforested areas in the country.

The camera-tracking project aims not only to document the condition of the forest, but also to help planners make more better decisions on land use and help Colombia achieve its climate-change goals by safeguarding the the rainforest against illegal logging and land grabs.

It’s the images of bears and jaguars using the same trails that have given environmentalists the most optimism, scientists said in a statement to Zenger News. The South American spectacled bear is natural prey to jaguars, and the fact that they appear to be thriving side by side shows that the bear population is strong, and that the jaguars have plenty of alternative food sources.

In all, 15 different species were cataloged during the 45-day period. including cougars, oncillas, ocelots and small jaguarundi. The cameras also filmed tayras, from the weasel family, crab-eating raccoons, the South American coati, the lowland paca, the black agouti, the collared peccary and two armadillo subspecies.

According to the researchers, the richness of fauna and flora documented by the cameras demonstrates that conservation efforts implemented in the park have had a positive effect not just on the rainforest, but also the wildlife that it sustains. In the statement, The Amazon Conservation Team said, “The images confirm the excellent conservation work being carried out in the area.”